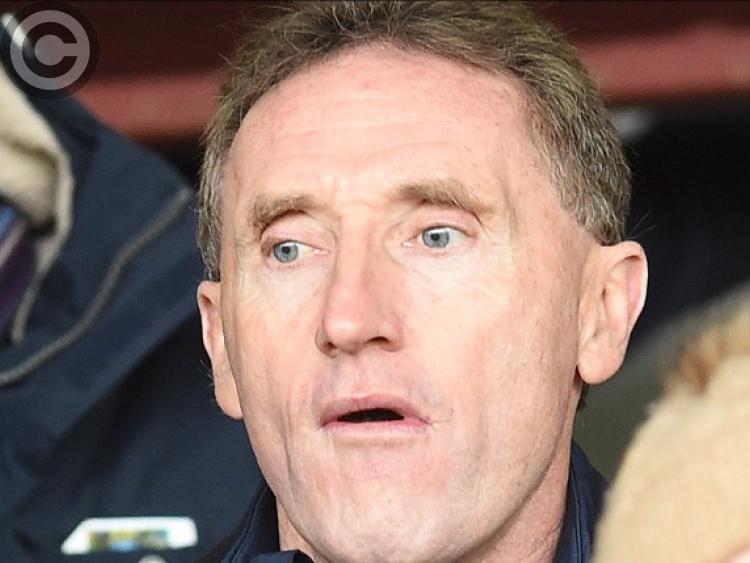 New Louth County Board chairman Peter Fitzpatrick faces the first major decision of his reign in the form of the U18/U17 debate. (Pic: Arthur Kinahan)

Inniskeen was where your writer took in his last match of 2019, the McKenna Cup opener between Monaghan and Derry. A fine venue, which is so tantalisingly close to Louth, you could almost be excused for proposing it as The Wee County’s home until the Inner Relief Road site is developed.

“Have you nothing else to be at?” a Monaghan man, working in Louth, supposed as I dawdled by at the interval. It was the start of a conversation that would last through the entire second half and at the end of it all, I walked away absolutely convinced the minor age-grade change is counterproductive and shouldn’t, under any circumstances, be adopted here.

The Farney’s county committee have aligned with the GAA’s introduced model of U17, while bringing in an U19 competition in an attempt to cater for players overage and so bridge the gap to adult football. Not that, according to your writer’s mate, this has worked out altogether as planned.

“Only a few clubs play in it”, while 18 of the 60 fixed matches were conceded. So, effectively, it’s like the U20/U21 championship that’s been organised in Louth over the past number of years: of no long-term benefit.

A meeting will be held in Darver on Tuesday night, January 7, in which GAA officials will explain the motives behind their recently published Talent Academy and Player Development Review Committee Report (TAPDCR), ahead of next Monday’s County Board meeting, where the ultimate decision over juvenile football’s future could be made.

The TAPDCR is a compelling read and given that it’s been put together by men of considerable knowledge, including former Dublin footballer Jason Sherlock, it is worth taking a note of. Players, parents, mentors and just about every stakeholder were consulted during the research’s compilation, ensuring its comprehensiveness, and there are some striking conclusions.

One of which seems to indicate that a move away from championship football at U17 level is a necessary step. It is and they’re right, but not simply because players at that age aren’t ready for such thrust competition, rather the U18 grade should never have been done away with in the first place.

Narrowing the focus back to domestic matters, albeit it’s believed that minor board delegates seem to favour the age group realignment, many argue that the juvenile structure should remain the same, i.e. U14, 16 and 18.

The core of my argument in support of this pivots on the players who will lose out through any potential change. Education and study purposes is one of the reasons why the inter-county minor grade was altered, yet that problem will be exacerbated in most cases by the present proposal.

Say you have a lad at 18 who is completing his Leaving Cert and has no underage football to play because it’s now U17, and U19 leagues, as has been proven in various codes, are about as useful as a golf club to a tennis player. In order to stay involved he must train with his club’s first-team, which probably involves more commitment, or certainly the same, than a county minor outfit: two or possibly three pitch sessions per week and the obligation to do more on the side.

If he concentrates on his studies, misses pre-season, the Sheelan Cup and majority of the league, until his school days are put behind him in June, he returns to training at a time of the year where there is as much chance of him playing in the championship as the idle auld fella lying over the wall.

Six, eight or maybe 10 months out of playing regular football, at an age in which he needs to be, he’s off to college and the cycle repeats itself until, perhaps, the chain completely comes off and he’s lost.

Give the same lad one session a week with his club’s U18s and a game as regularly as possible, and he lives a happy life, balancing study with football, stays involved and the supply lines remain productive.

And it’s not as if the county’s U17 manager is losing out by not having his age-group prioritised within a domestic structure.

It’s likely that he’ll have taken over the team when they’re technically still U16s and so his squad will have been largely chosen in advance of the new year. By the time the club season gets back underway he’ll be putting the final touches to his championship team, never mind panel.

The key change Louth GAA needs to make relates to a meaningful U20 competition, one run closer to the height of the season, or at least nearer its start, which will give the county manager a chance to assess players properly.

This year’s boss, Aidan Shevlin, was watching many fellas in the recent U20 championship that were simply of no value to him when it came to selecting his team for last Saturday’s Leo Murphy Cup opener against Down.

Of course the new format could work like a dream if clubs bought into an U19 grade. Yet all the evidence points to it being a damp squib, as in Monaghan.

In soccer, where the playing pool is also narrowing, Dundalk’s Summer League committee have eventually got an U19 division up and running for over the next few months, but from Drogheda to Cooley to Carrick, only eight teams have entered, which shows a clear overall deficit of interest. The highest group Dundalk Schoolboys’ League now cater for is U17 and even that seems to be becoming increasingly difficult.

It’s likely that any U19 structure would involve masses of group sides, incorporating neighbouring clubs, against the traditionally strong sole entities. Even if it does get off the ground, one suspects many adult club managers won’t be best pleased. Another hindrance, they may feel.

Avoiding player loss and a scheduling car crash hinges on the traditional age-groups remaining in situ.

Ignore the bluster, and listen to the Monaghan man.