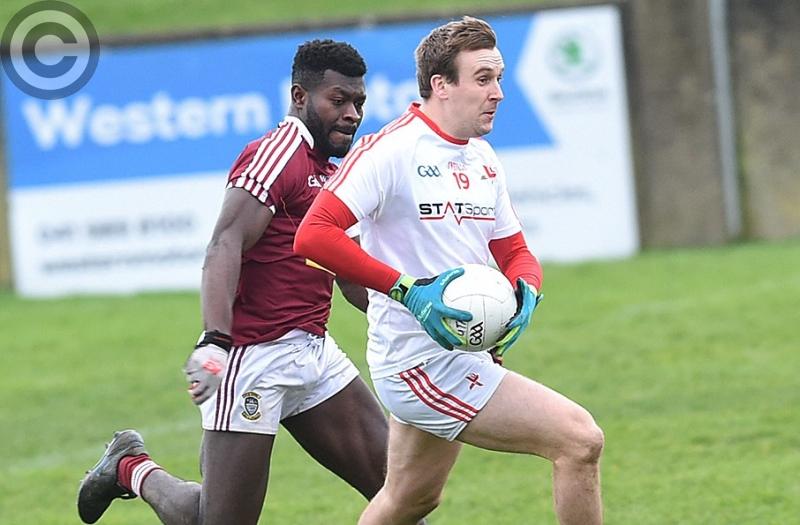 The last time Ciarán Byrne played for Louth: Dublin hadn’t got hold of Sam Maguire, Manchester United were champions of England and Ireland were yet to defeat the All Blacks.

Six-and-a-half years on, quite a bit has changed, if not the heft of the Drogheda surface, the 25-year-old joked after the match. He had just made his 10th appearance for The Reds and first since starring in a losing cause, against Kildare in 2013.

On that occasion, he famously caught hold of a stray dog that had broken curfew in roaming freely towards the bottom end of St. Conleth’s Park, giving it a cuddle before raising it to the crowd’s amusement and offering it to a steward. He was a handful himself that night, scoring five points from play, as the Kildare defenders contained neither him nor the mutt.

And so his return to the fray during Saturday afternoon’s O’Byrne Cup clash with Westmeath was a sight for sore eyes. In the 17 months since his homecoming, the raging talent has played just seven competitive matches. Ultimately, losing the weekend’s fixture was lodged in the irrelevant category given Byrne’s return. 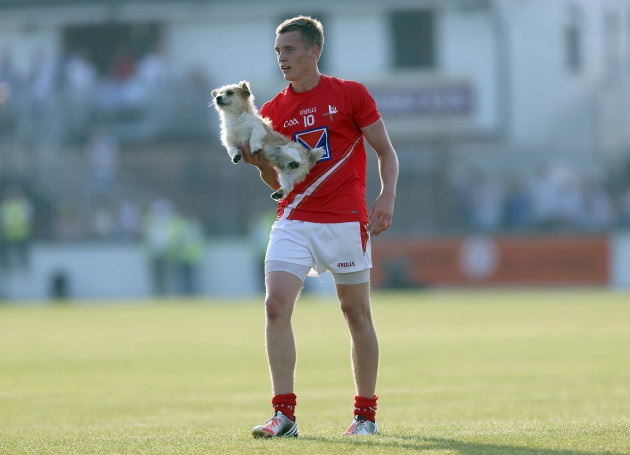 Though, having been cursed by various injuries, the most recent of which was hamstring related, there were question marks over his sense of attire. Sporting a pair of white boots, in typical winter conditions, and a sock choice of old, he was certainly distinctive during his stint in play.

“It’s a bit questionable,” the St. Mochta’s man said of his colour of footwear. “They’re probably a summer boot, but ever since I’ve gone to Australia I’ve had white boots so I kind of continued the trend here. I might as well stick with it,” he quipped.

His introduction came at the cost of clubmate Gerry Garland and saw him stationed alongside brother Declan in the full-forward line, as the siblings featured together for the first time in a Louth jersey, adding further weight to a seminal occasion.

“As soon as I went on I was standing beside him, so that’s a proud moment,” ‘Casey’ added. 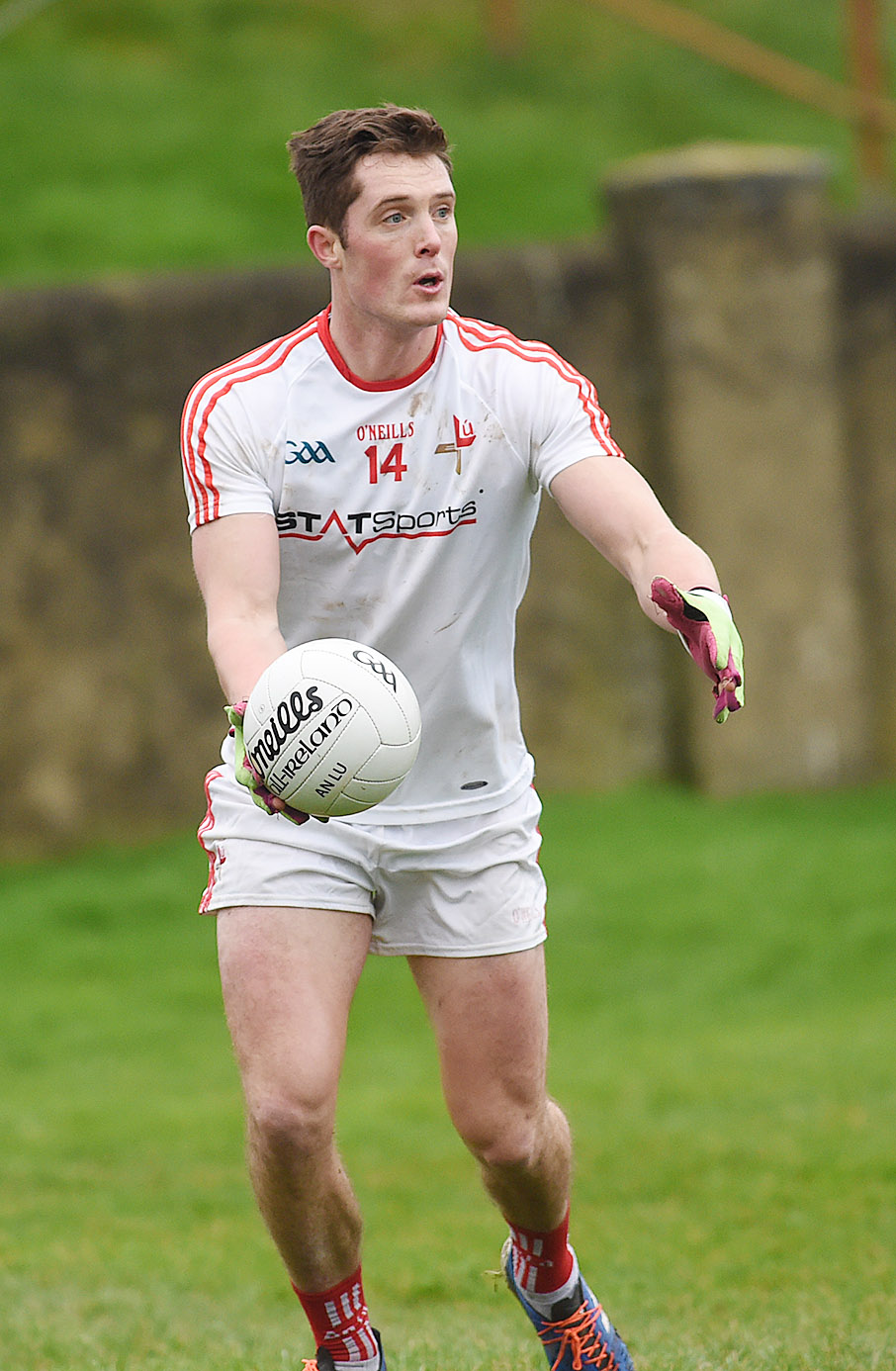 Louth play London next weekend in a challenge match that will likely see the Mochta’s man get further minutes under his belt, which is ultimately what he’s bidding for ahead of the opening National League fixture at the end of the month.

But he’s not exclusive to that club, with Gerard McSorley, Ryan Burns, Conor Grimes, James Craven and Andrew Mooney all set to use the upcoming weeks to improve their states in time for the trip to Longford on January 26.

“I only played 20 minutes there, I need a lot more game-time to get myself back up to the swing of things,” said Byrne.

“Simple things like getting used to the ball - I was a bit fumbley - that will take its time and hopefully I’ll get a couple of challenge matches before the first game and be flying.

“It’s so frustrating when you see Grimsey, Burnsey and those other boys still injured. If we can get them all back on track over the next couple of weeks there’s no reason why we can’t push on and compete in Division Three.” 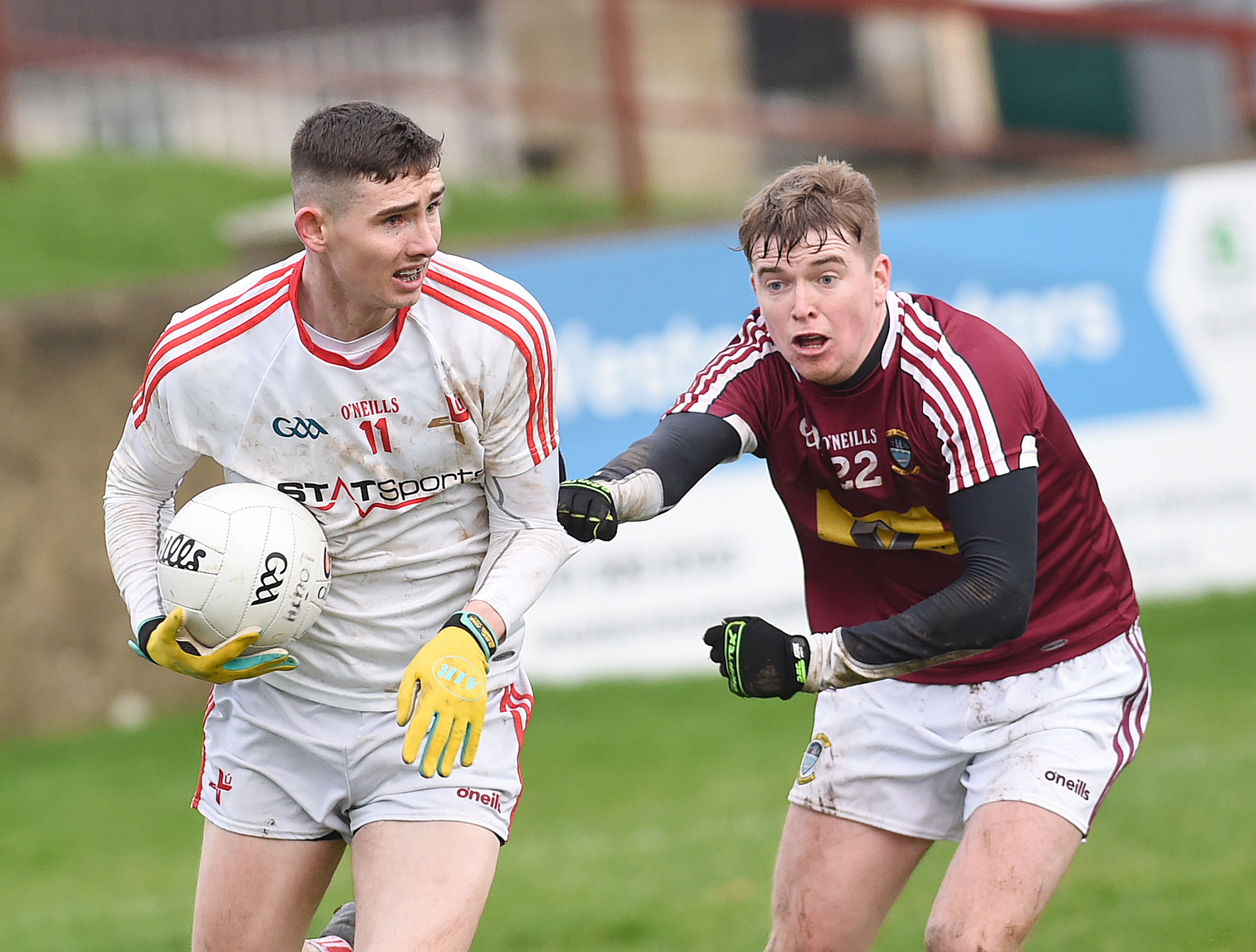 Louth’s other highlight of a pretty disappointing display was the performance of Declan Byrne, the elder of the pair kicking five points, including three advanced marks having shown and held possession inside.

Arguably no other forward at Wayne Kierans’ disposal has his ball-winning and scoring abilities in tandem and so his availability over the months to come may prove vital.

His opener, a mark, drew the teams level at 0-3 apiece, after which Louth took control, moving six points to four in front over a spell in which Westmeath were held at bay for 12 minutes.

But as carelessness crept into their game, Louth began to offer the away team cheaply-earned possession and were punished ruthlessly in the 28th minute when a move stemming from a giveaway saw Conor McCormack transfer to John Heslin who laid off for Ronan Wallace to find the net.

It sparked a revival from Jack Cooney’s charges, who took a commanding lead to the interval, 1-7 to 0-6. So crucial was the goal in a game of fine margins that it split the sides on five separate second half occasions, with Louth failing to get any closer than two points.

Victory would have set-up a semi-final encounter with Offaly in Tullamore. Instead, though, The Reds will have to make do with hosting The Exiles, which is the chief disappointment on the day the boy wonder stepped back into the fold.