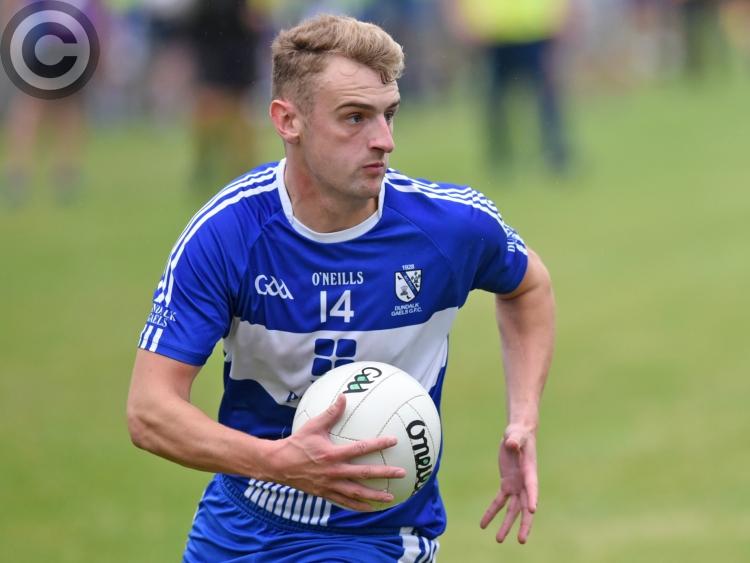 Dundalk Gaels' Gerard McSorley is back on the Louth panel and ready for action in the near future. (Pic: Ciarán Culligan)

Wayne Kierans has received a festive boost with the return to full training of Ciarán Byrne and Gerard McSorley following injury, yet the Louth manager is planning for Saturday’s final O’Byrne Cup group game with a squad similar to the one which took on Offaly before Christmas.

The Reds face Westmeath in Drogheda (2pm) with progression to the semi-finals only a possibility in the aftermath of the loss to The Faithful, a game which saw Tommy Durnin (hamstring) hobble off early in the first half.

Durnin won’t be involved on Saturday, with Ryan Burns (jaw) and Conor Grimes (ankle) also set to miss the affair, while Byrne and McSorley won’t be risked in a bid to have them fully fit for the end of the January National League opener against Longford.

Last season’s captain, Bevan Duffy, was absent for the win over Meath and subsequent Offaly game following the birth of his child, but Kierans has confirmed that he will return to the panel this weekend as he tries to catch up with the rest of the squad.

Geraldines defender James Craven is in a similar situation, though the Louth boss is not prepared to rule anybody out of the crucial Longford encounter, which will spark a tricky spring run in Division Three.