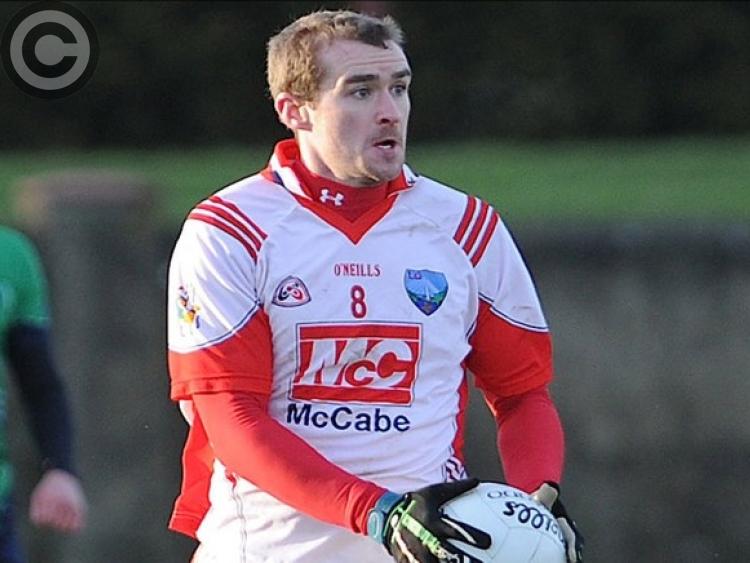 Paddy Keenan is possibly Louth's best player of all-time, and certainly the county's player of the decade. (Pic: Arthur Kinahan)

SELECTIONS BASED ON HOW THEY PLAYED FOR LOUTH, THIS DECADE!

1. PADDY KEENAN
Louth’s only All Star is arguably the county’s best player in history. There is not a team in Ireland Paddy Keenan wouldn’t have improved. A role-model, incredible footballer and talismanic skipper, Keenan was the focal point of the 2010 Leinster final run and, indeed, Louth team for a decade.

2. JOHN O’BRIEN
Nominated for an All Star in 2010, the Sean O’Mahony’s clubman was often handed the task of marking the opposition’s sternest threat. A force when breaking forward, O’Brien was well able to get on the scoresheet, particularly under Eamonn McEneaney. Could have played for Louth in any era. 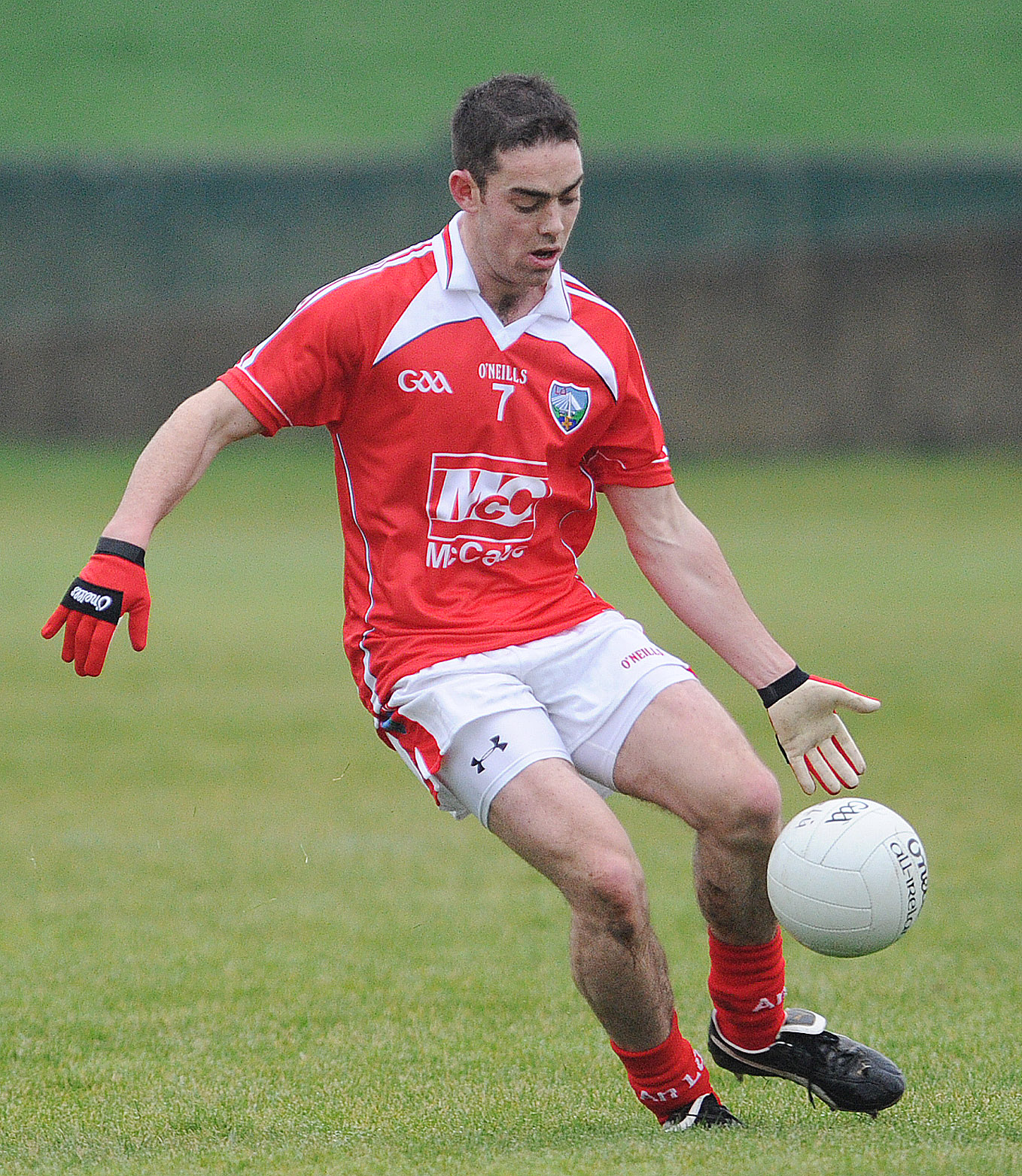 3. RAY FINNEGAN
Peter Fitzpatrick has often hailed Ray Finnegan as the best player he had charge of when Louth manager. Who could forget his displays in 2010, his goal against Kildare in Navan, or those lung-bursting rampages forward over several years? Played as a back and forward for The Reds.

4. ANDY MCDONNELL
The youngest component of the 2010 team, Andy McDonnell went on to captain his county and win numerous National League promotions. Louth’s best player in more recent times, having also helped Newtown Blues to history in the domestic championship. 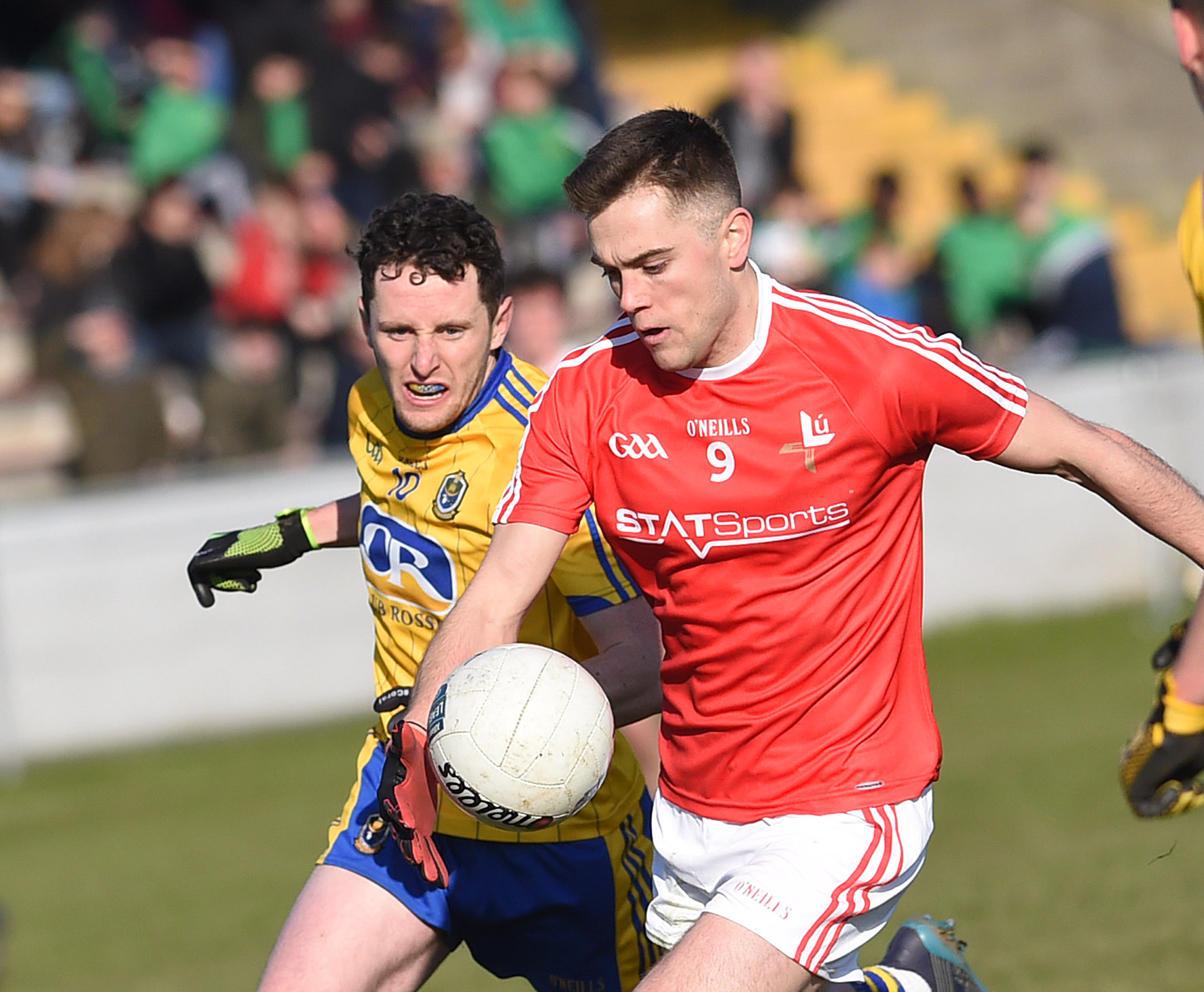 5. SHANE LENNON
Another who could have shone in any decade, Shane Lennon never failed to impress when wearing the Louth jersey, until his retirement midway through the decade. Troubled by injury, nevertheless his keen abilities as both a target man and prolific scorer were almost taken for granted.

6. JP ROONEY
Arguably the best finisher Louth has ever produced, his goal in the 2010 Leinster final is one of the finest scored at Croke Park. Represented Louth for over a decade, in a variety of positions, his prowess was recognised countrywide.

7. MARK BRENNAN
The Mattock Ranger who made Louth tick. A 40-yards man in the traditional sense, balancing ball-winning brilliance with effective creativity. He was at his best under Peter Fitzpatrick, giving an exhibition on the night Kildare were defeated in Navan.

8. ADRIAN REID
A former Louth captain, who played as a forward and defender, Adrian Reid was a common link across the stewardships of four managers, including Colin Kelly, under whom he skippered The Reds to consecutive league promotions. 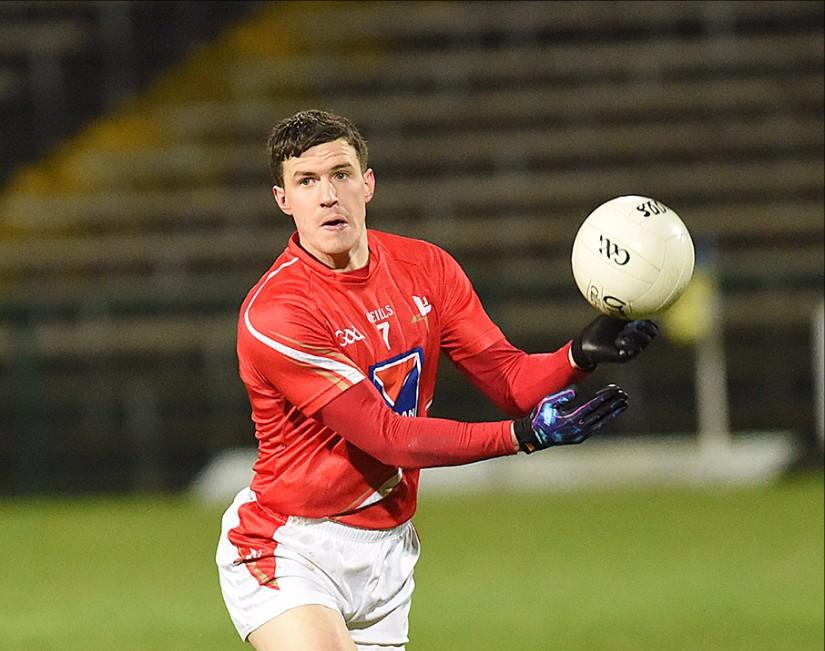 9. DESSIE FINNEGAN
It’s only been in his absence that Dessie Finnegan’s service has come to be truly appreciated. Full-back has long been a troublesome void for Louth, but Finnegan filled it impressively for almost a decade. A top performer under both Peter Fitzpatrick and Aidan O’Rourke.

10. DEREK MAGUIRE
Another whose versatility was probably his greatest asset. Began as a nippy winger who developed into a scoring inside-forward, before being reverted to a half-back. A regular registrar, his largest contribution to the scoreboard was arguably in the 2010 Leinster semi-final, when he set-up Colm Judge for Louth’s goal.

11. TOMMY DURNIN
The Westerns warrior was little known when Colin Kelly handed him his championship chance in 2015, but he hasn’t looked back, developing into one of the finest pound-for-pound midfielders in the country. Unlucky not to be higher on the list. Pity he wasn’t around to partner Paddy Keenan.

12. JIM MCENEANEY
Injuries prevented the Geraldines man from reaching his full potential, yet Louth still got impressive service from the lethal attacker. One of the deadliest goalscorers the county has produced in recent times, McEneaney bagged impressive three-pointers against Antrim and Meath in 2016. 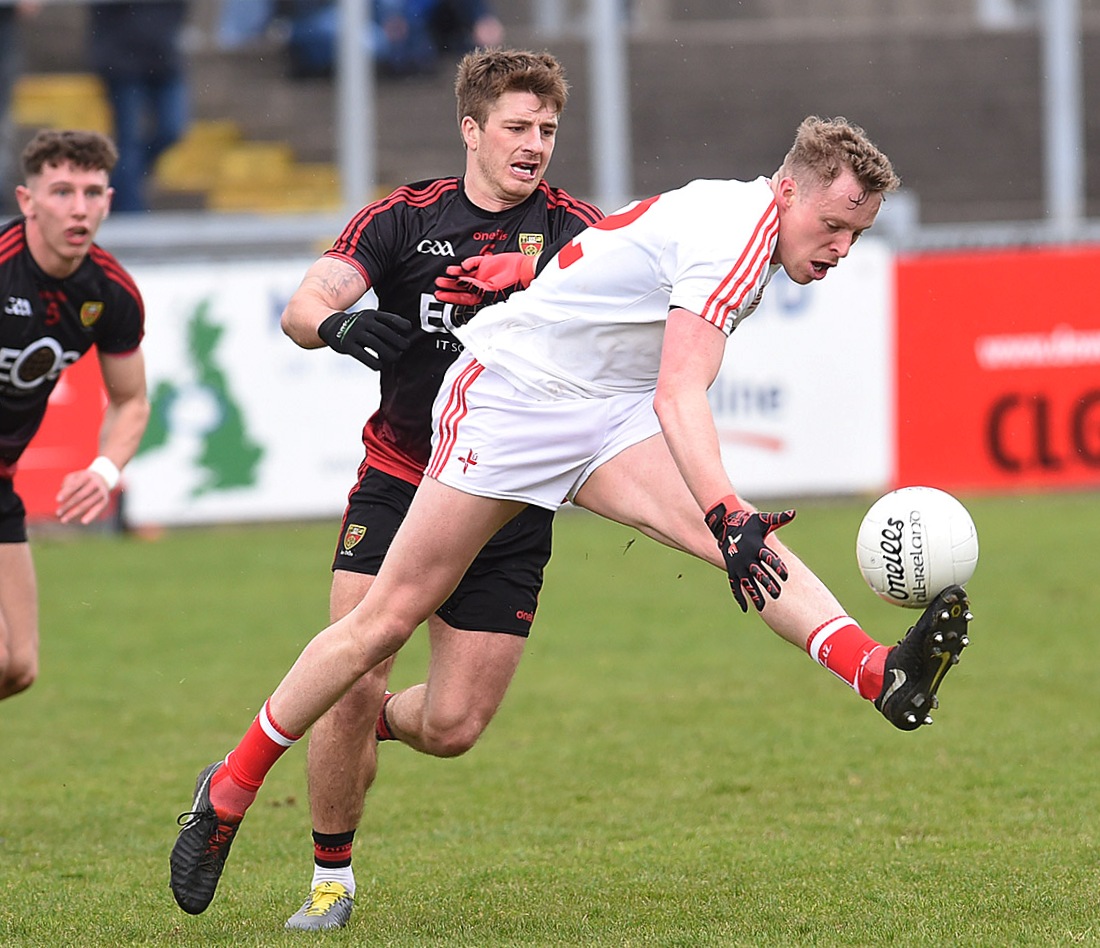 13. BRIAN WHITE
The Cooley man’s county career is one which, many feel, could have been much better, yet he still gave Louth followers much joy. Impressed at midfield in 2010, kicking The Reds through the Leinster rounds, and enjoyed a fine season under Aidan O’Rourke, three years later.

14. BEVAN DUFFY
Louth’s present captain is the heartbeat of Wayne Kierans’ outfit. Struggled to gain a regular place under Aidan O’Rourke and in the early part of Colin Kelly’s reign, Duffy came to the fore from 2016 onwards and his impact, in fairly lean years, has been notable.

15. DECLAN BYRNE
Played for Louth in nine of the decade’s years, Byrne has featured in every line of the field, making his first championship start in 2011 as a corner-back. Supremely accurate in front of the posts, one wonders if his best position has ever been found? 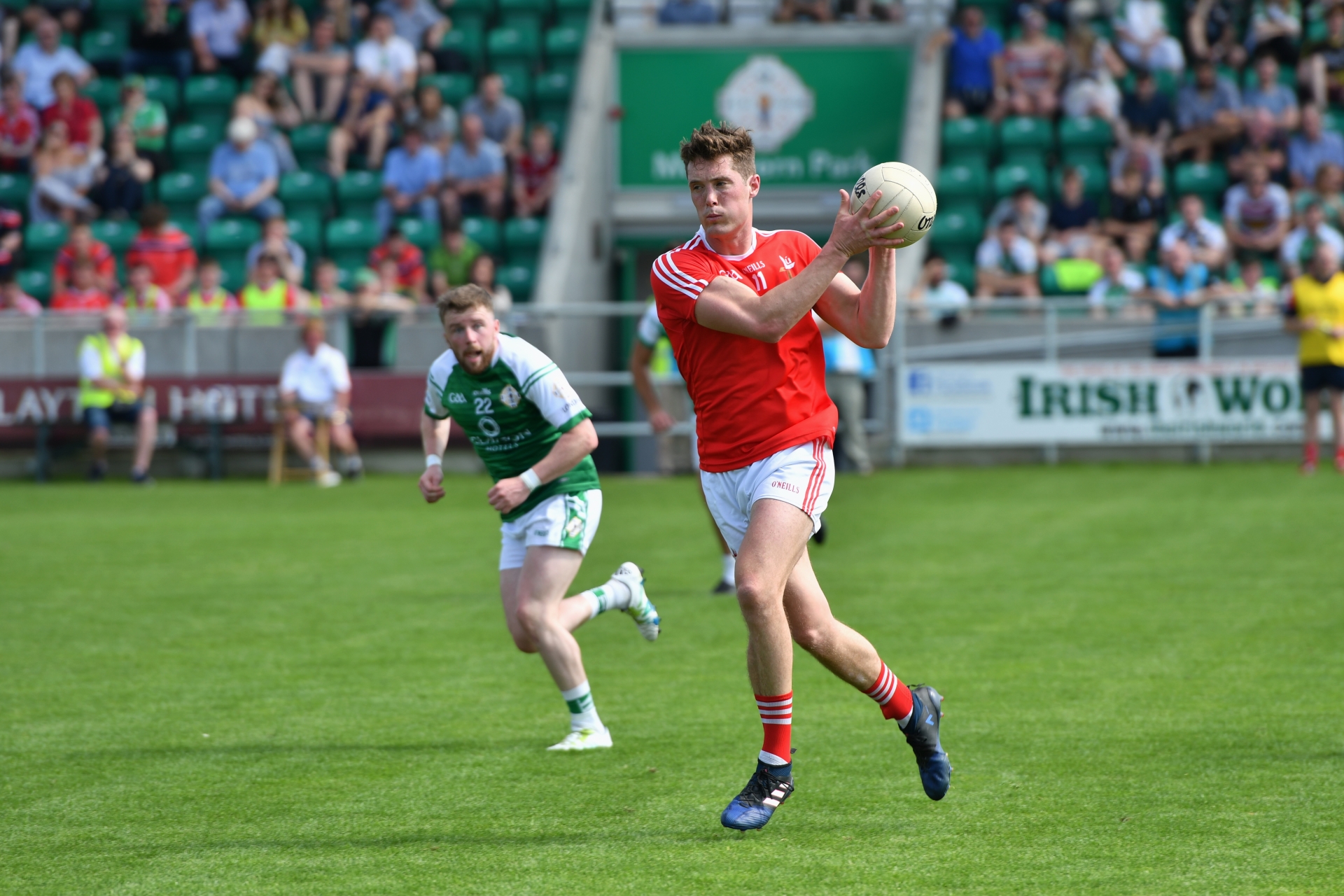 16. RYAN BURNS
Burst on to the scene as a teenager during the 2014 championship, scoring a crucial goal in the Leinster victory over Westmeath. Injury has plagued his development more recently, but he has begun to show signs of reaching his potential under Wayne Kierans.

17. NEIL GALLAGHER
The undisputed No1 during the first six seasons of the decade, the Cooley man is probably the best Louth ’keeper since Niall O’Donnell. Featured sparingly more recently, yet Gallagher’s top 20 merits cannot be denied.

18. PÁDRAIG RATH
Often criticised for his supposed lack of pace, Rath was a sticky defender who was rarely caught out. Usually given the task of picking up opponents’ best attackers, the Dreadnots man was normally up to the job. Scored a goal in the 2017 O’Byrne Cup final.

19. ANTHONY WILLIAMS
Developed into one of Louth’s most consistent options during two National League promotion winning campaigns. A threat going forward, his defensive awareness and effectiveness improved all the time. Enjoyed a tremendous 2019 season.

20. RONAN CARROLL
Hugely underrated. The Ardee St. Mary’s man was the star of the 2011 Division Three final win over Westmeath and continued to perform impressively until midway through the decade. Pipped club-mate Darren Clarke and Newtown Blues’ Colm Judge to the final spot.