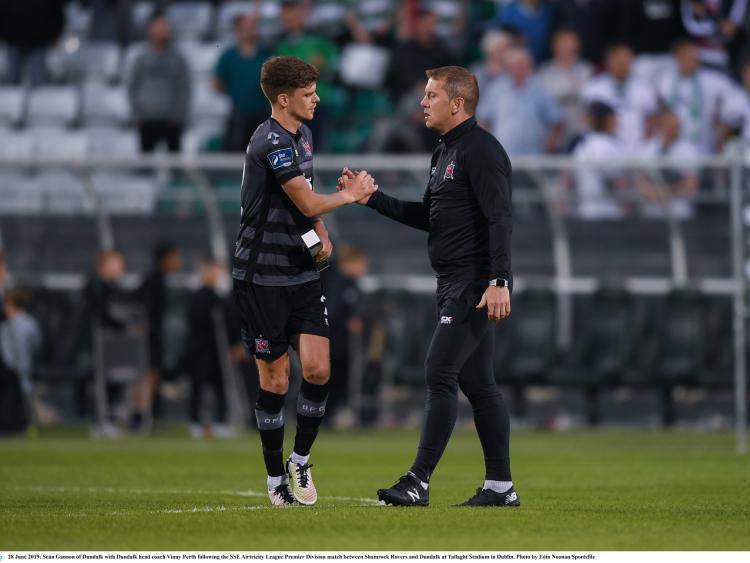 Vinny Perth, Chris Shields and Seán Gannon have each been nominated for the SSE Airtricity/Soccer Writers' Association of Ireland Personality of the Year award.

In the Goalkeeper of the Year contest, Lilywhites stopper Gary Rogers is listed alongside Rovers' Alan Mannus and James Talbot of Bohs.

Dundalk head coach Perth excelled in his first season in top-flight management, guiding the club to its fifth league title in six seasons after stepping up from assistant to Stephen Kenny, while Shields was a key cog the Oriel Park side's midfield, his absence in the FAI Cup final proving considerable as Rovers defeated the holders on penalties.

Meanwhile, Gannon, who was pipped by Jack Byrne to the PFAI Player of the Year award, enjoyed arguably his best season along the right side of Dundalk's defence, in front of Rogers, who broke further records between the sticks.