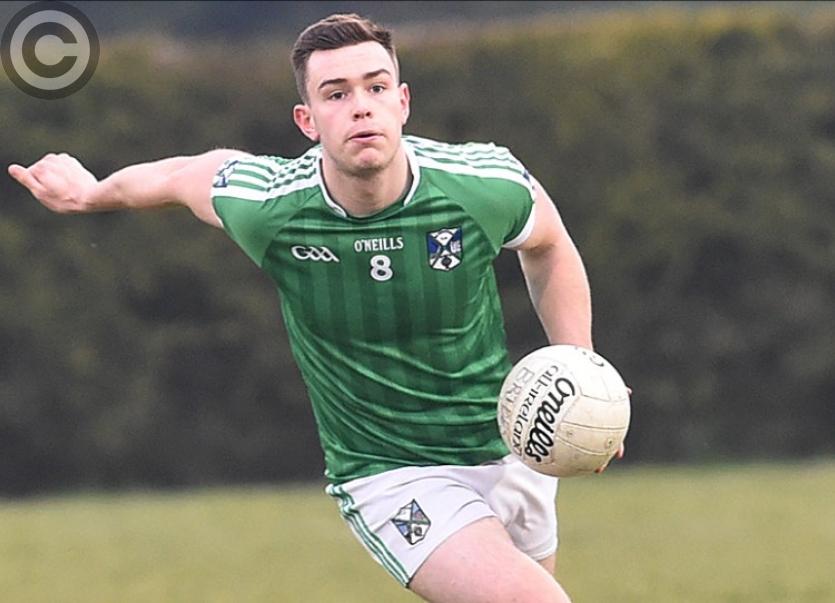 Matthew Corcoran could be in line for his Louth senior debut against Meath this afternoon. (Pic: Arthur Kinahan)

Wayne Kierans expects to hand out several debuts as Louth bid to begin their O’Byrne Cup challenge with a win over Meath on Sunday (2pm).

The Reds will travel to Páirc Tailteann with a host of newcomers, including Dundalk Gaels’ Oisín Murray and Gerry Garland of St. Mochta’s, as manager Kierans runs the rule over several potential National League panellists.

Louth have been preparing for the new campaign with a squad of “26 or 27” players, with Mochta’s man Declan Byrne among the experienced returnees.

“It’s an opportunity for some newer guys in the panel to get minutes,” Kierans says of Sunday’s encounter, which comes six days before the second pre-Christmas match, against Offaly in Drogheda.

“There’ll be a number of debuts and it will be an inexperienced panel, with some of the regulars.

“These are going to be tough games, but they’re really good barometers to see where we’re at and what we have to do after Christmas. They’ll certainly give us an indication of what we have done and still have to do.”

A number of players will miss out on the Boyneside derby due to injuries picked up over the preparation period, including unlucky Ciarán Byrne, who suffered a “hamstring strain” and has been ruled out of both outings. Although, Kierans confirmed, he will be back in full training before the festive interval.

However, there may be appearances for John Gallagher (John Mitchel’s) and Matthew Corcoran (Geraldines), both of whom, it’s believed, among others like Gerard McSorley (Dundalk Gaels) and Niall Sharkey (Glyde Rangers), have been called up.