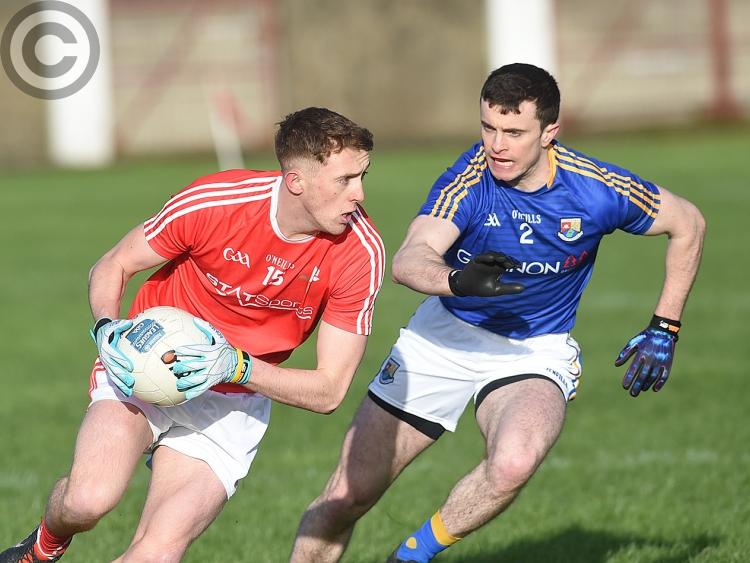 Louth and Ryan Burns will travel to Longford for round one of the Allianz National Football League. (Pic: Arthur Kinahan)

Louth seniors will have four home games during next year’s National Football League, with Tipperary, Offaly, Leitrim and Down to visit Drogheda.

The Reds open their Division Three campaign with an away match against Longford, on January 26, before hosting Tipp and Offaly over the following Sundays, February 2 and 9.

Wayne Kierans’ men face Derry on Foyleside on February 23, prior to Leitrim’s visit to The Gaelic Grounds one week later.

The campaign closes with games against Cork (away) on March 15 and Down, in Drogheda, on March 22.

Fixtures for Louth hurlers’ Division 3A schedule are not yet confirmed, although their opponents will be Armagh, Tyrone, Monaghan, Donegal and Nicky Rackard Cup winners Sligo.

Meanwhile, new Louth ladies’ team manager Wayne Freeman will travel to Antrim for his first National League Division Four assignment, on February 2, having received a bye in round one due to just seven teams competing.

Limerick travel to The Wee County for round three on February 9, as do Leitrim on February 23, with March 1, 22 and 29 being set aside for the matches with Derry (a), Offaly (a) and Carlow (h)