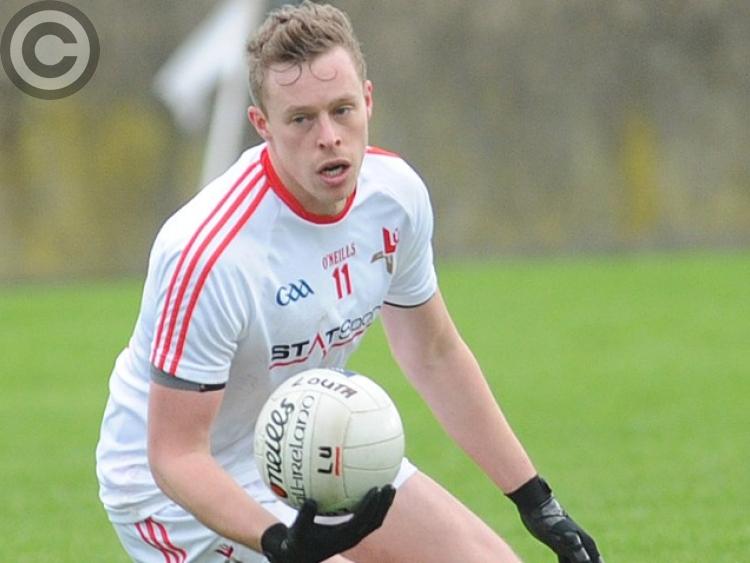 Jim McEneaney is hesitant on using the word ‘retire’ to describe his departure from the Louth senior panel. (Pic: Arthur Kinahan)

Jim McEneaney is hesitant on using the word ‘retire’ to describe his departure from the Louth senior panel, but it’s clear that his future hangs in the balance. After listening to the full extent of his injury past, one wouldn’t advise another dip in the inter-county pool. Yet there appears to be a lure from within to play again for The Wee County.

Even after hitting pause on the dictaphone, following a discussion in which McEneaney conceded a battle against arthritis is inevitable, the clouds of doubt continue to gather. Sixteen years since his first game for Louth, at development level, is the 29-year-old finished? Time holds the answer. But for now, yes.

“I’ve been told that I’ll probably have arthritis in both shoulders from the simple fact of having operations on both,” he tells The Democrat, as he prepares to board a flight from Dublin Airport.

“I’ve nine anchors in my left shoulder and I can’t remember exactly what was done with my right; it was open surgery. 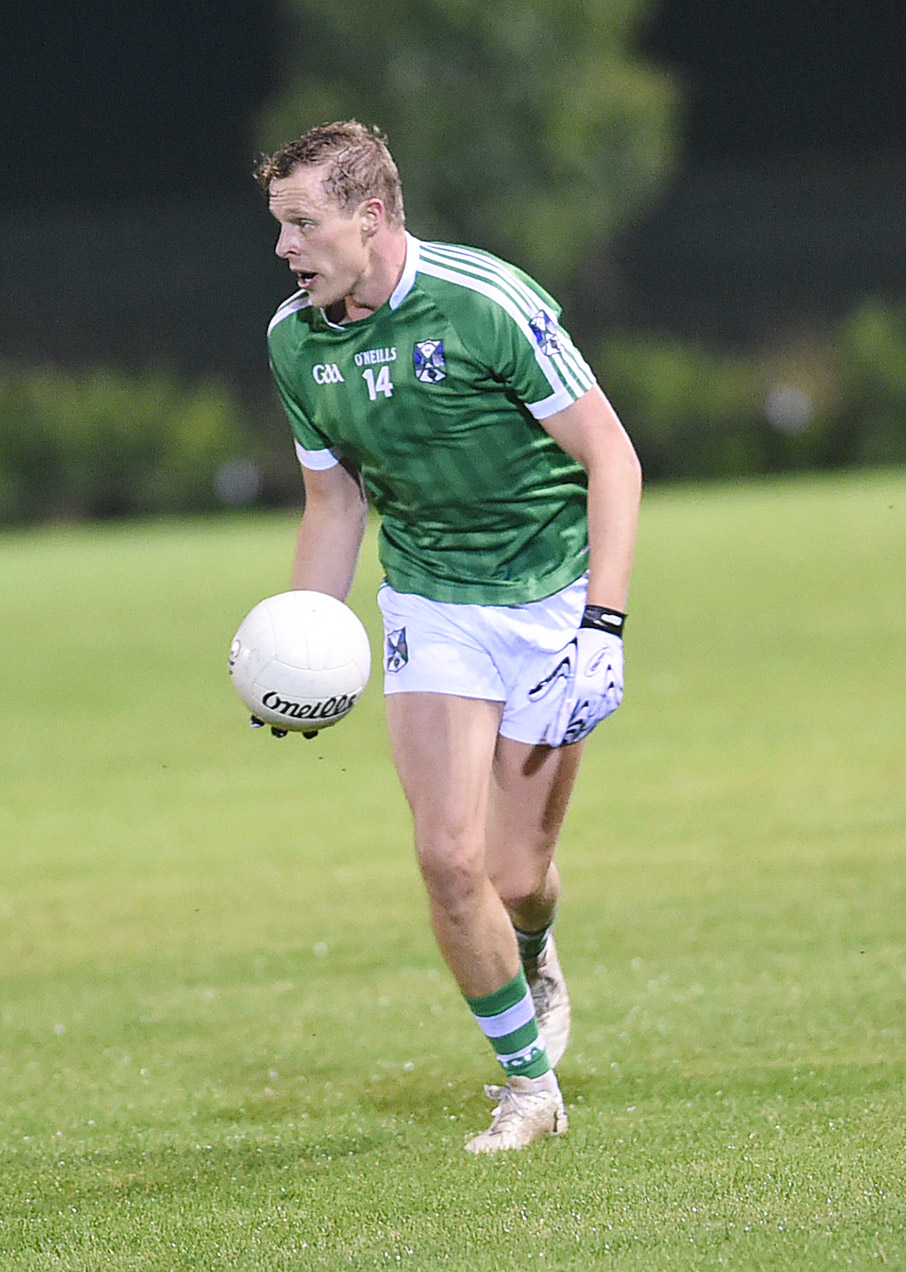 “I’m struggling with the groins and I know Dad would have a lot of trouble with his left knee. He was pretty much told that it was from kicking frees off the ground - a lot of pressure going through the left knee. You’d worry about that, too.

“But it then kind of feeds into why you’re stepping away maybe younger than people might expect.

“Having put the body through the ringer for so long, I was kind of thinking that if I could manage it a bit better I might get longer out of the career.

“When I’ve been playing club and county, apart from this year, there hasn’t really been an off-season. You’re going from a relegation match or finishing a league straight back into training in Darver.

“It can be a vicious cycle.”

Especially unpleasant if the body damage lingers and affects daily life, or worse, colours one’s routine. The competitiveness typical of an elite set-up doesn’t lend itself ergonomically to natural healing, players having to push the limits in a bid to train regularly and so remain in any manager’s plans.

Hence a rat race of sorts to prove fitness levels and prevent a fall down the pecking order. The cycle is ruthless, if not as miserable as it’s perceived, he insists. 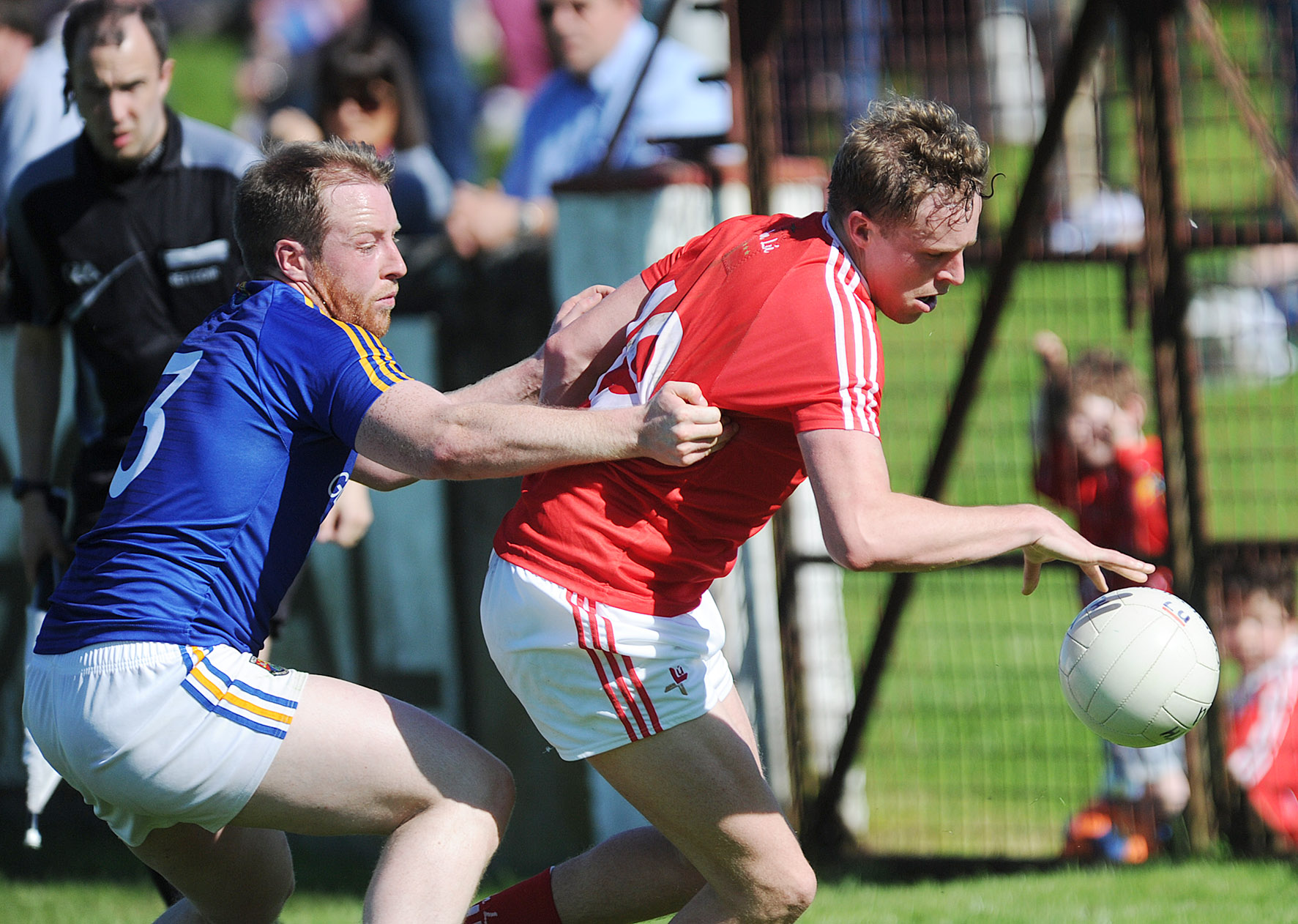 “Obviously, it’s a massive commitment and people tend to go on about that, but, ultimately, no-one is doing it against their will,” the Geraldines captain adds. “It’s something you really enjoy and I’ll really miss the craic in the dressing room.

“After a game you mightn’t be able to do the next training session. You’re hobbling about for a couple of days and on the Difene to try and get the inflammation down or the pain away.

“It can get in on you, but I’m lucky enough in the sense that I’ve a desk job and if I’m in pain it’s fine, I can do my bit of stretching and foam-rolling in the office.

“Whereas if I was on a site or in a trade, I’d be struggling to hobble up and down scaffolding.”

The knock he’s referring to in this case involves his knee, although he has been nursing a groin complaint most recently. So much so that he didn’t kick a ball until a week-and-a-half ago from mid-September’s SFC semi-final loss to Naomh Máirtín.

His realisation, inspired by S&C guru Graham Byrne in many ways, that rest is the best soothing form of recovery has been late. Not that you could call him injury prone at the same time. Unfortunate, rather.

“As I’ve got older I’ve begun to realise the dangers of taking stuff (medical-related) just to play and that that, long-term, isn’t sustainable. 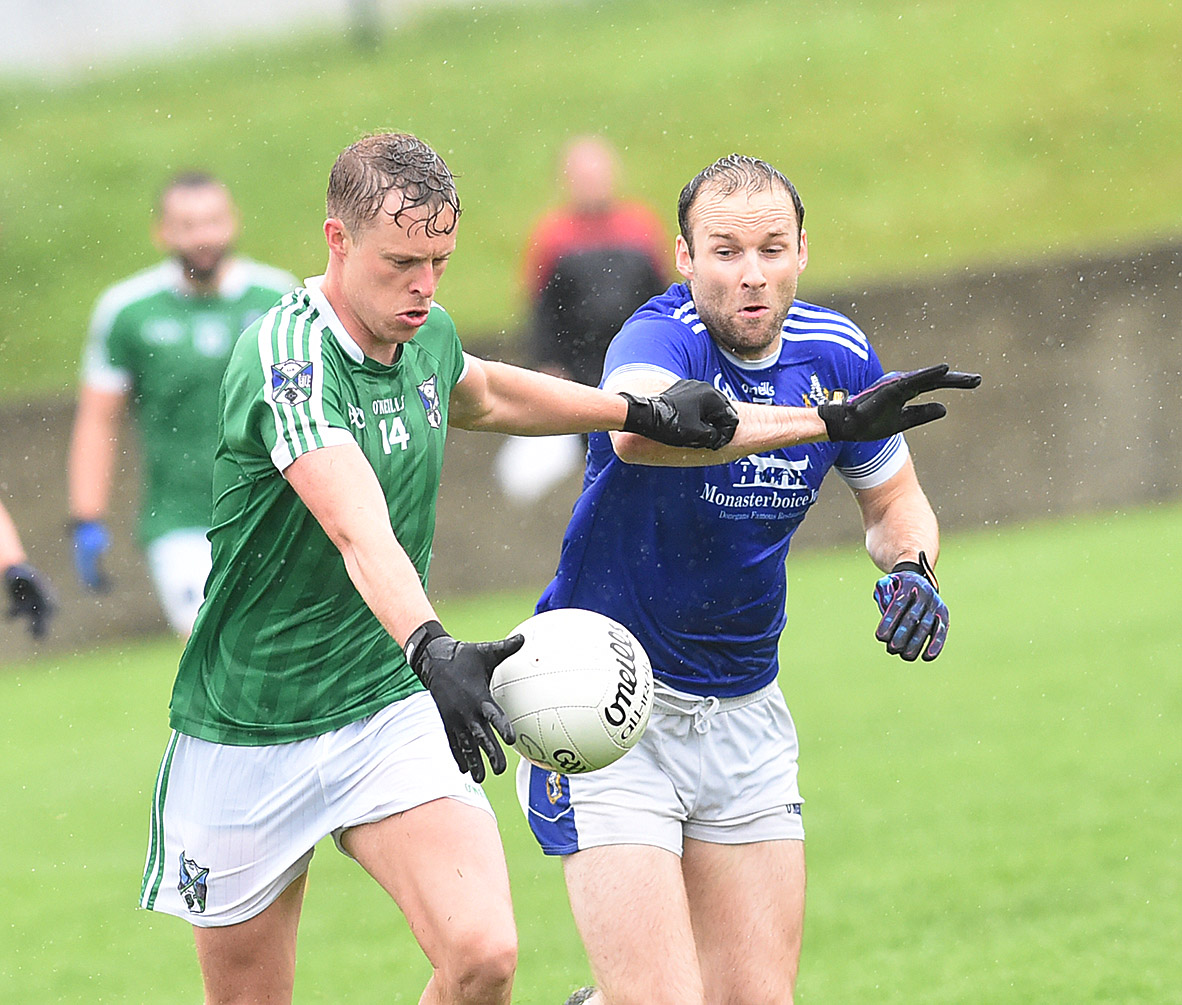 “The injuries that I’ve had have all been longer-term, severe overuse injuries. It started just before I turned 18.

“I look at lads now that are that age and I just think it’s absolutely crazy the amount of football they’re playing at times and the training loads that they have to bare. But then I remember that we were doing it at that age, too.”

And it certainly didn’t prove healthy. In his late adolescence, he was involved with as many as eight teams at roughly the same time. Patellar Tendinopathy was the consequence, which, in his own words, is when “the knee starts to calcify into the tendon”, causing huge discomfort and swelling.

“I stopped playing in January ’08 and apart from two or three weeks the following year with DCU freshers, I didn’t play football for two whole years, until I was almost 20.

“I went to every doctor and physio, got all sorts of treatments to try and get around it, cortisone injections, MRIs, ultrasounds… It was extremely frustrating and when I got back at the start of 2010, I dislocated my shoulder that summer and that was another six or seven months out.”

It all factored in major stunting of his development. A hugely promising minor, he wouldn’t make his Louth senior debut until 2012. He made it, though, possibly on account of the determination he mustered when watching his father, Eamonn, train the team for four years.

2014 and ’15 weren’t generous on the fitness front, but he was consistently one of Louth’s best performers over the Colin Kelly and Pete McGrath regimes, while he did well under Wayne Kierans in 2019 having returned from a second stint at the mercy of the shoulder surgeon.

Now, the predicament is simple.

“I can spend the next 12 weeks doing gym work,” McEneaney adds, “ doing all my prehab for the osteo pubis, strengthening up the quads, my shoulder prehab, etc. Having that sort of break, you never know where the body might be, you might be feeling a lot stronger.

“These sort of breaks in the past were forced upon me, when you had to have an operation or had a long-term injury.”

Now, like life, everything is his call. Train when he feels like it et al. Perhaps the perfect formula?

A compound which could see him wear red again?