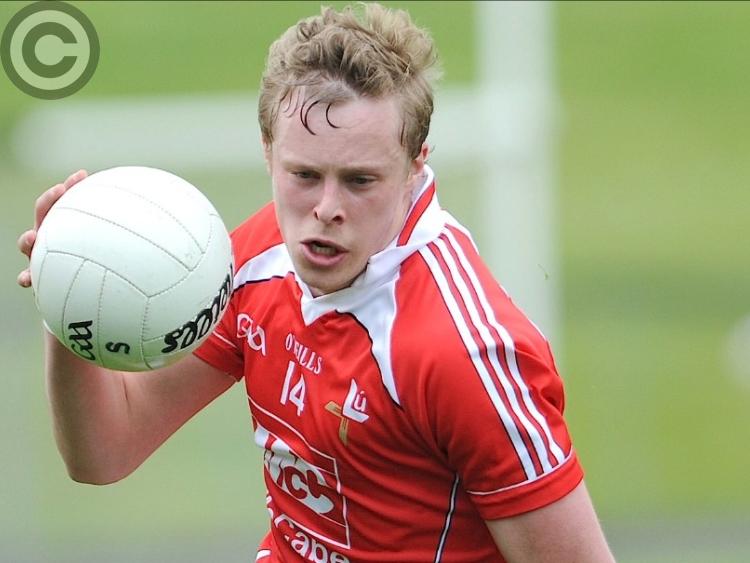 Jim McEneaney during his Leinster Championship debut with Louth in 2012, against Westmeath in Navan. (Pic: Arthur Kinahan)

Jim McEneaney has played his last game for Louth’s senior footballers after informing both the team management and panel of his decision to retire from inter-county duty.

The Geraldines forward, who has been an integral member of the side in recent seasons, steps away almost eight years since making his debut in a National League game against Westmeath at his club’s grounds in Haggardstown.

News of McEneaney’s departure will come as a blow to manager Wayne Kierans, who is expected to hold talks with other established stars regarding their futures.

Although the O’Connell’s clubman is already having to plan without Dreadnots defender Anthony Williams, who has been forced to opt off through work commitments.

A creative centre-forward, Blackrock native McEneaney became a regular fixture in the team under Peter Fitzpatrick in 2012, but his involvement was curtailed, mainly through injury, over the seasons to follow.

Perhaps his strongest year for The Wee County came in 2016, where he won a NFL Division Four medal before scoring a goal in the Leinster Championship defeat by Meath at Parnell Park

He was again a focal point of the 2017 outfit that won a second successive promotion under Colin Kelly, and played key parts in the subsequent Pete McGrath and Kierans regimes.

Widely recognised as one of the county’s leading players, his presence will be missed, particularly in the aftermath of a club championship campaign in which he spearheaded Geraldines’ run to the senior semi-finals, the first time they reached that stage in 37 years.