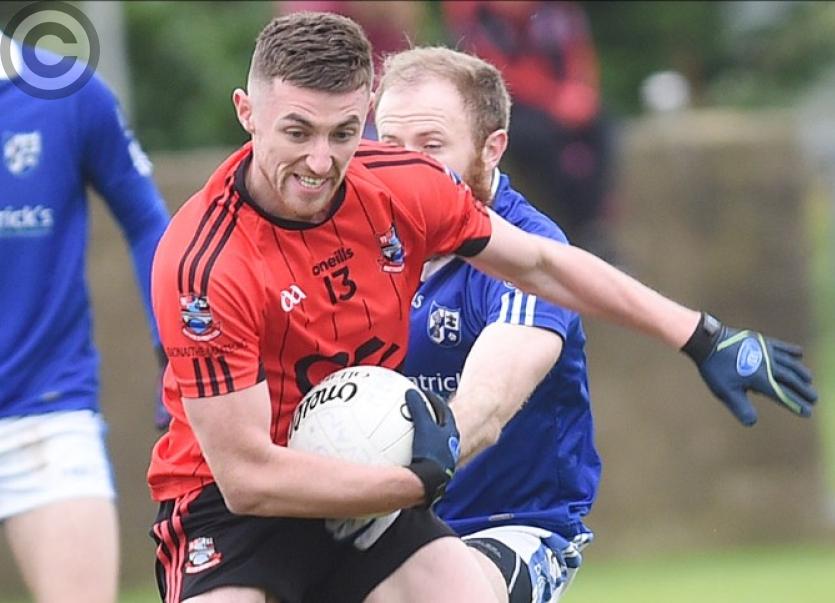 Mattock Rangers will face Wicklow’s Dunlavin for a place in the Leinster IFC final following the Collon side’s impressive seven-point defeat of competition favourites Monasterevan in Stabannon on Sunday.

The affair hung in the balance, even though Rangers always led, early in the second half as the Kildare champions reduced the margin to a solitary point. But a neat move involving Mattock’s experienced Reid brothers saw Adrian find David with a quickly-taken free-kick and the veteran finished confidently to the net.

The goal punctured Monasterevan’s charge and when Rangers followed the strike with three successive points, the game skipped away from the visitors, who were overly reliant on Pádraig Nash.

Victory for Rangers maintains their proud provincial record, the red-and-black clad outfit having twice reached the latter stages of the Leinster senior championship in the noughties, including the 2002 decider. On the basis of their present form, Dunlavin, who saw off Meath’s Nobber by six points on Saturday, will have their work cut out in trying to halt their charge.

Having got over Offaly side Bracknagh a fortnight earlier, Mattock raced out of the blocks, with speedy Shane Hickey palming to the net with just seconds on the clock.

Though it was generally a slow start with the teams feeling each other out. Monasterevan were dealt a second significant blow on 16 minutes, however, when Brian Corcoran punched Rangers’ second major past Robbie White, giving his side a 2-1 to three-point advantage.

But, with Nash on song in attack, the away outfit whittled their deficit down to two at the interval, 2-2 to 0-6.

And they continued their strong streak into the second period, getting to within the minimum, before the Reids sparked a spell of Mattock dominance which would ultimately prove to be match-winning.

Nash’s conversion of a penalty on 49 minutes raised Monasterevan spirits, reducing Mattock’s lead to five, but three of the closing four points went the way of the winners as the closing margin stood at a commanding seven.