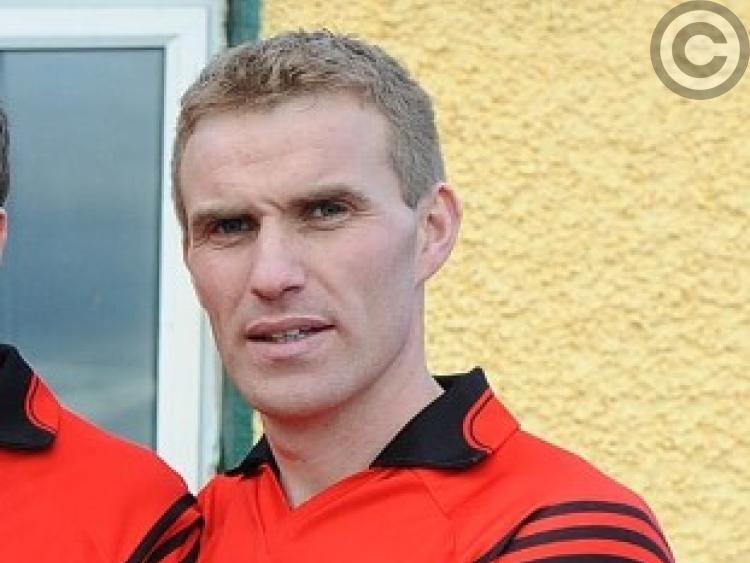 Only one player featured on each of the two starting Louth teams for the 1997 and 2006 finals, Mattock Rangers’ David Brennan. (Pic: Arthur Kinahan)

As mentioned briefly in last week’s chat on the Tier 2 football championship - due to be introduced next year - Louth won each of the two similar competitions, both introduced to compensate counties that weren’t, let’s say, making an impact in the main championships at the time.

Neither the ‘B’ Championship nor the Tommy Murphy Cup stood the test of time, however. The former was played during the 1990s, and while reasonably successful early on, it was taken off the calendar through lack of interest. Louth’s win came in 1997, a Paddy Clarke-coached team beating Clare in a final played in Ballinasloe.

The Tommy Murphy Cup was next up, contested in the following decade. It had just five runnings, Louth winning the 2006 final, against Leitrim. Victory gave Eamonn McEneaney’s side a second trophy that year - three months earlier, the league’s Division Two trophy was presented to Martin Farrelly in  Cavan’s Breffni Park, following a second joust with Donegal.

Examining its detail, the 2006 season shines as brightly as the one that followed four years later. McEneaney was in his first year in charge, and assisted by Pat Mulligan, Seamus O’Hanlon and Stephen Melia plotted an early-season course that yielded six (from seven) league wins, 12 points enough to earn a place in the semi-finals.

Limerick were taken care of at Newbridge, and then came two tremendous games with Donegal, who had several included who would advance to win All-Ireland Championship medals.

“Bring them on”, someone (me) shouted when, in his victory speech, Farrelly looked forward to the championship meeting with Meath. When it came to half-time in the Croke Park meeting with the Royals, Louth were comfortably in front. Sadly, scores dried up after that, the game going to the team from the other side of the Boyne.

But there was still championship fun to come. The qualifiers pitted Louth with Tyrone, the All-Ireland champions of the previous year. There were great individual contests all over Páirc Tailteann on a June Saturday evening, none as fiercely contested as the one between Paddy Keenan and Seán Cavanagh. By then, Cavanagh had a number of All Stars to his credit; Keenan’s would come four years later.

Mark Stanfield and JP Rooney each got a goal to make it 2-16 apiece after extra-time. ‘Mugsy’, Owen Mulligan, had rescued the defending champions with a last-minute point.

The following Saturday’s replay in Omagh went Tyrone’s way, five points dividing the sides; but the year wasn’t over for Louth. The Murphy Cup win wasn’t exactly food for a hungry county, more dessert at the end of a good meal.

Only one player featured on each of the two starting Louth teams for the 1997 and 2006 finals, Mattock Rangers’ David Brennan, though Mark Stanfield played at some stage in both. The line-ups were: