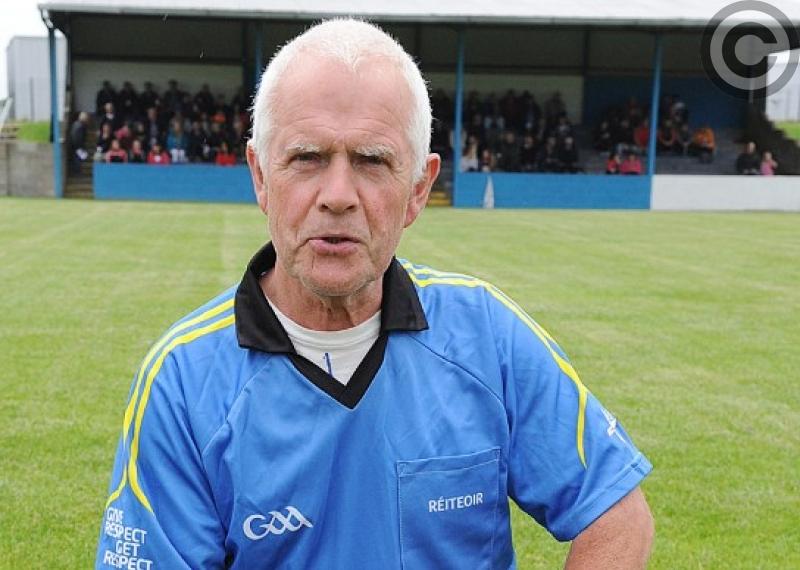 “Referees will soon have to be carrying computers on to the field with them.” (Pic: Arthur Kinahan)

The rich, it seems, are going to get richer, and when that happens, can the poor really get anything but poorer?

As is well known by now, there’s going to be a two-tier championship in Gaelic football, beginning next year and continuing for God knows how long. Using the upcoming National League as a guide, the top 16 teams will play for the Sam Maguire Cup, the rest in a ‘B’ championship and a trophy, maybe the Tommy Murphy Cup, unless one of the teams – or maybe more – makes it through to a provincial final.

The qualifiers – a Second Chance Saloon, visited by three future champions since their introduction at the beginning of this century – are to be modified; but the Super 8s remain intact.

Okay, every county retains the chance of winning the Sam Maguire, but you’d have to accept the teams carrying Division Three and Four status come next April will be at even bigger odds to win the supreme title than Leicester City were before causing a Premier League sensation a few seasons ago. No different than always, it would have to be said.

There’s no doubt all the glamour, and most attention, will surround the Sam Maguire competition. What will be available to the B Championship contestants is open to question.

The latter had a previous life, and Louth won it – in 1997. After that there was the Tommy Murphy Cup, which, if memory serves correct, was open to counties that had not won the All-Ireland in a specific number of years.

Louth collected here as well, in 2006, beating Clare, Monaghan and Antrim before accounting for Leitrim in the final, a game which petered out with a Croke Park crowd of about 40,000 looking on. The huge attendance wasn’t there to see the minnows, however; Dublin were out in the championship in the game which followed.

Putting the Murphy final on the programme was one of many attempts meant to give the competition a boost; but after just four years its death knell was sounded.

Just imagine what it will be like for teams lined up next summer for the reincarnation of the Murphy. Twelve of them would have failed to get out of either of the two bottom divisions in the league, while another two would have dropped down from Division Two. All would have been beaten in the championship. The only ones with something to show for their work would be the pair promoted from the points competition’s lowest rung.

But there’ll be something for the winners – a trophy, maybe a day out in Croker, and a guaranteed place in the following year’s main championship. Whether that’s enough to excite counties other than the finalists only time will tell.

Surprisingly, counties gave the new set-up an overwhelming endorsement at a gathering the weekend before last and also agreed to rule changes. One of the changes had Inside Track harking back to what Patsy Connolly (pictured), the one-time Louth referee guru, had to say after the black card and other changes were introduced a few years ago.

“Referees will soon have to be carrying computers on to the field with them.”

A measuring tape might be a new requirement, after it was decided to award a free to a player “who catches a kicked pass that travels at least 20 metres within the opposition 45”.