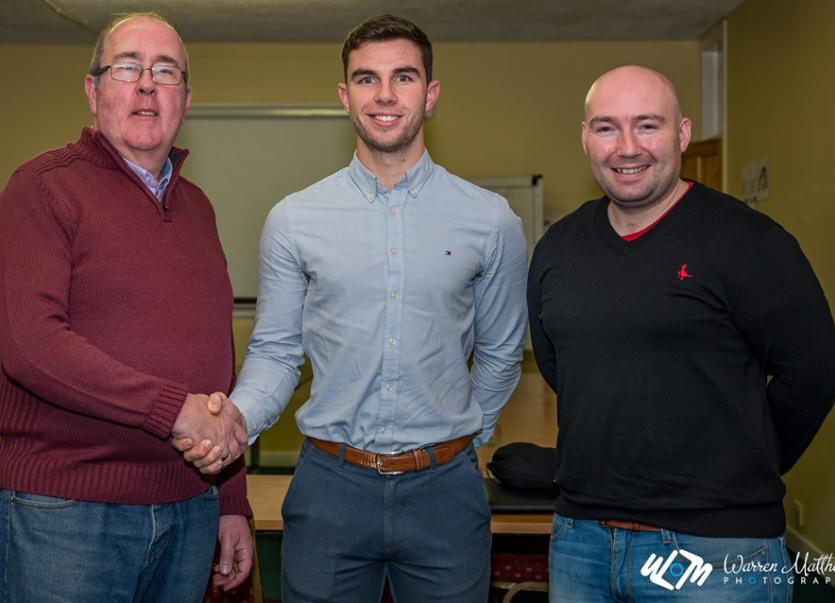 Wayne Freeman is “really excited about getting going” following his ratification as manager of Louth’s senior team on Friday night.

The Kildare man, who hails from Monasterevin, was swiftly appointed at a County Board meeting at Páirc Clan na Gael before subsequently addressing the delegates present.

While his backroom team is to be finalised over the weeks ahead, fellow clubman Lee Hunt is to come on board as a selector, with two females from Louth to be added.

Chairman Liam O’Neill revealed that interviews for the position took place over the last number of weeks, with former Dublin footballer Johnny Magee and Louth legend Orlaith Kirk having been part of the selection panel.

A talented footballer in his youth, Freeman had to stop playing due to health reasons age 21, but within four years he has now worked his way into inter-county management, following spells with the Laois and Kildare minors.

“I was very eager to go and prove myself as a manager,” the 25-year-old told The Democrat. “I’ve been coaching for the last number of years and with numerous jobs coming up I was looking for a role that I felt I could contribute to and where there was plenty of potential.

“After winning the junior championship this year and reaching the semi-final of the league, I was fully sure that there was plenty of potential in Louth.”

He added: “I won’t be a dictator, that’s for sure. My idea would be to eventually have a really player-led environment where we set the standards at the start and then the players learn those and begin to push the bar higher.

“I’ve coached senior men’s teams in Kildare and when I started they might have looked at me and said ‘this guy is only 25’, but within five minutes of the session they’re going ‘holy crap’, this is serious stuff.

“That’s what I’m going to try and do early on; let my talking be done on the pitch and then players will start to interact with you in a better way.”

Freeman plans to have a panel named by the beginning of December, following a pair of trial matches and sessions. Having attended the recent club league finals, he has begun to compile a lengthy list of potential players and with the upcoming in-house matches to be filmed, the management plan to leave no stone unturned.

“It’s very much a learning process,” he said.

“We know one of the key players (Kate Flood) is going to Australia for a couple of months. In my opinion, it’s not the worst thing in the world because it gives everyone else an opportunity to stand up; that’s what we’ll be looking for.

“We don’t know Kate’s position (future) at the moment, so we’ll try to plan without her and integrate new players into positions and create a system that works for the team.

“We’ll definitely look at getting promoted, there’s no point beating around the bush.

“I’m extremely competitive and for me, I know all about building the team, etc, but winning, at the end of the day we’re playing a sport and winning has to be your priority at the end of it all.

“Getting promoted from the league is priority number one and priority number two is obviously staying in the intermediate championship and competing - and that’s about building a good squad through the league so we can win it, but building a good squad in order to compete in the intermediate championship, too.”