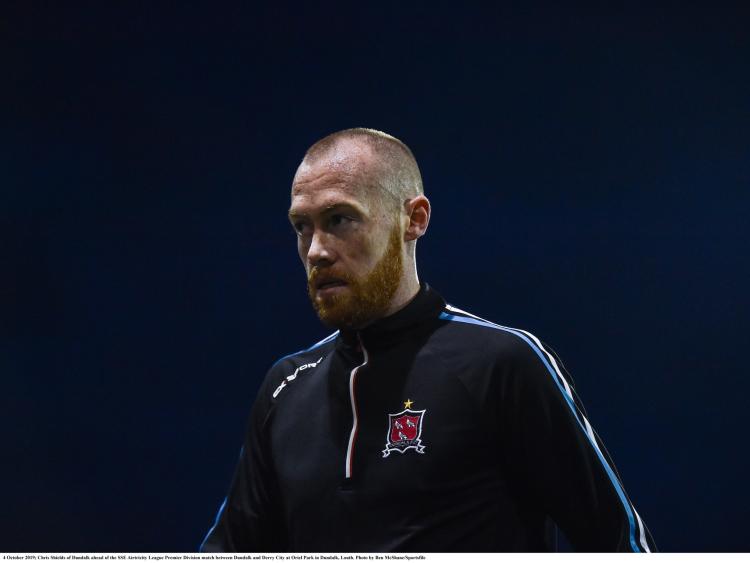 Dundalk FC’s treble dream has been dealt a crushing blow with the news that Chris Shields is set to miss the FAI Cup final with Shamrock Rovers through suspension. (Pic: Sportsfile)

Dundalk FC’s treble dream has been dealt a crushing blow with the news that Chris Shields is set to miss the FAI Cup final with Shamrock Rovers through suspension.

The champions’ talisman will sit out Sunday’s decider at the Aviva Stadium after accumulating eight yellow cards.

In recent years, the rule on suspensions changed so that players hitting the first barrier (five yellow cards, previously four) would not miss a national cup final.

However, players with eight yellow cards won’t receive such an amnesty, meaning Shields will incredibly miss this weekend’s showdown.

The 28-year-old’s ban raises serious questions about Dundalk’s preparations behind the scenes. The dead rubber game in Cork on October 18 was the only one which affected suspensions for the Cup final and with Shields in the danger zone he chould have been omitted.

Shields was suspended for August’s win over UCD at Oriel Park, a notice which the club did not include in their team news bulletin at the time.

Confirmation of his latest ban will come as a huge blow to head coach Vinny Perth who must now plan without perhaps his most important player. The squad return to training on Wednesday.

Shields has enjoyed one of his best-ever seasons at the club and would have been in the running for Player of the Season but for the stunning form of defender Seán Gannon – the supporters’ choice – and winger Michael Duffy who received the team’s vote.