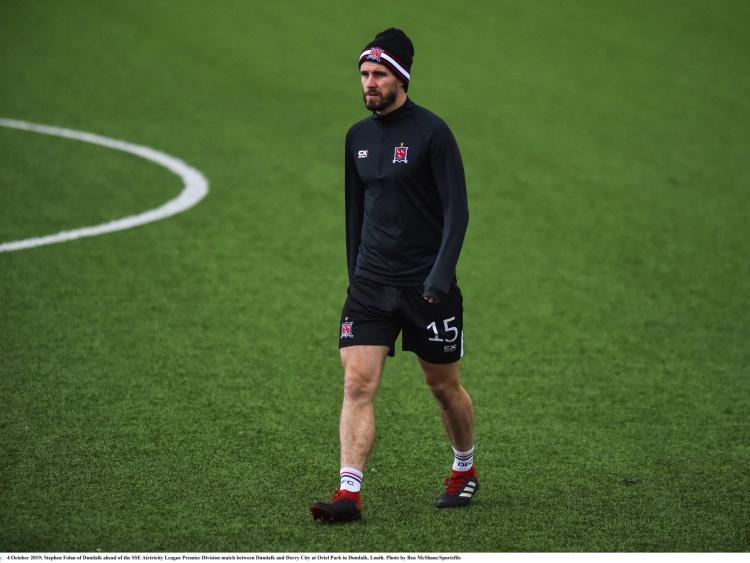 South Melbourne FC have announced the signing of Dundalk FC centre-half Stephen Folan for their 2020 season, as a difficult time at Oriel Park comes to an end for the ex-Newcastle United defender.

South Melbourne FC have announced the signing of Dundalk FC centre-half Stephen Folan for their 2020 season, as a difficult time at Oriel Park comes to an end for the ex-Newcastle United defender.

The 27-year-old made only nine league appearances during his time with The Lilywhites, the last of which came in May 2018, after joining from his hometown club Galway United.

Folan has been treated poorly by the club considering his form during the early part of last season, having been part of a central defensive partnership which kept six clean sheets in his eight Premier Division starts.

The ex-Limerick man – who is due to get married in December – has remained a very popular figure amongst his team-mates and will be an excellent addition for South Melbourne who ply their trade in the top tier of the Victorian soccer league system.

Meanwhile, fellow centre-half and Dundalk’s club captain Brian Gartland has been linked with a move away to St. Patrick’s Athletic, where he would be guaranteed more regular first-team football under ex-team-mate Stephen O’Donnell.

Gartland – now an honorary Dundalk man with his local connections – signed a new deal until the end of 2020 in July. He turns 33 next Monday and has been one of the most incredible success stories during the golden era on the Carrick Road, having joined from Portadown in 2013.

With Folan’s departure and Gartland’s expected exit, Vinny Perth will have to reinforce his defence to challenge Andy Boyle, Daniel Cleary and Seán Hoare in a position where the head coach has indicated he is willing to play the three-at-the-back system recently on show in the defeat at Bohemians.