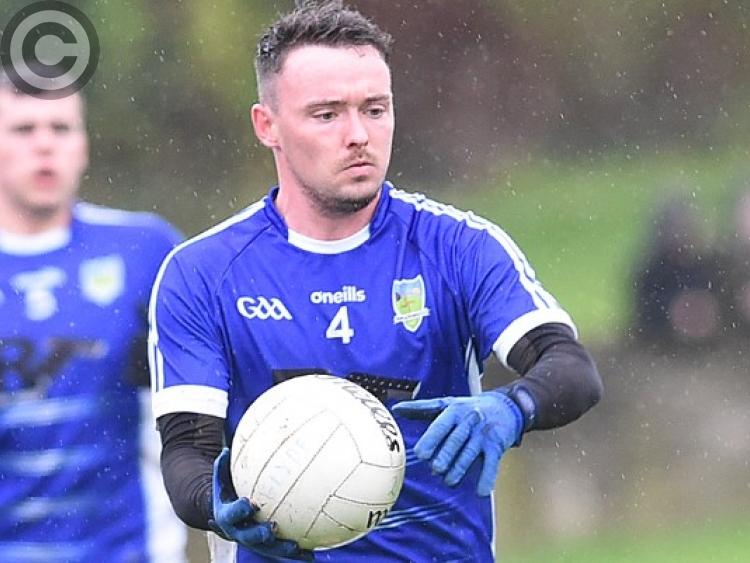 It’s been a year of unexpected calls for Enda Murphy, the Roche Emmets player who will play in the AIB Leinster JFC this weekend. (Pic: Arthur Kinahan)

It’s been a year of unexpected calls for Enda Murphy.

Not only has the Roche Emmets speedster been asked to play in defence, as opposed to the forward positions he’s been accustomed to all his life, but Louth manager Wayne Kierans has also invited him to train for the county team over the months to come.

The latter comes in the aftermath of many impressive performances in the club championship where, despite wearing No.4, he featured in a variety of berths, but mainly in defence.

His club boss, Paddy McGuinness, first asked him to play at the back in a Kevin Mullen Shield fixture against Glen Emmets, which drew a baffled reaction from just about everyone related to Roche.

“I’d say I looked at him as if he’d four or five heads,” Murphy, the son of a Kerry man and Armagh woman, tells The Democrat. 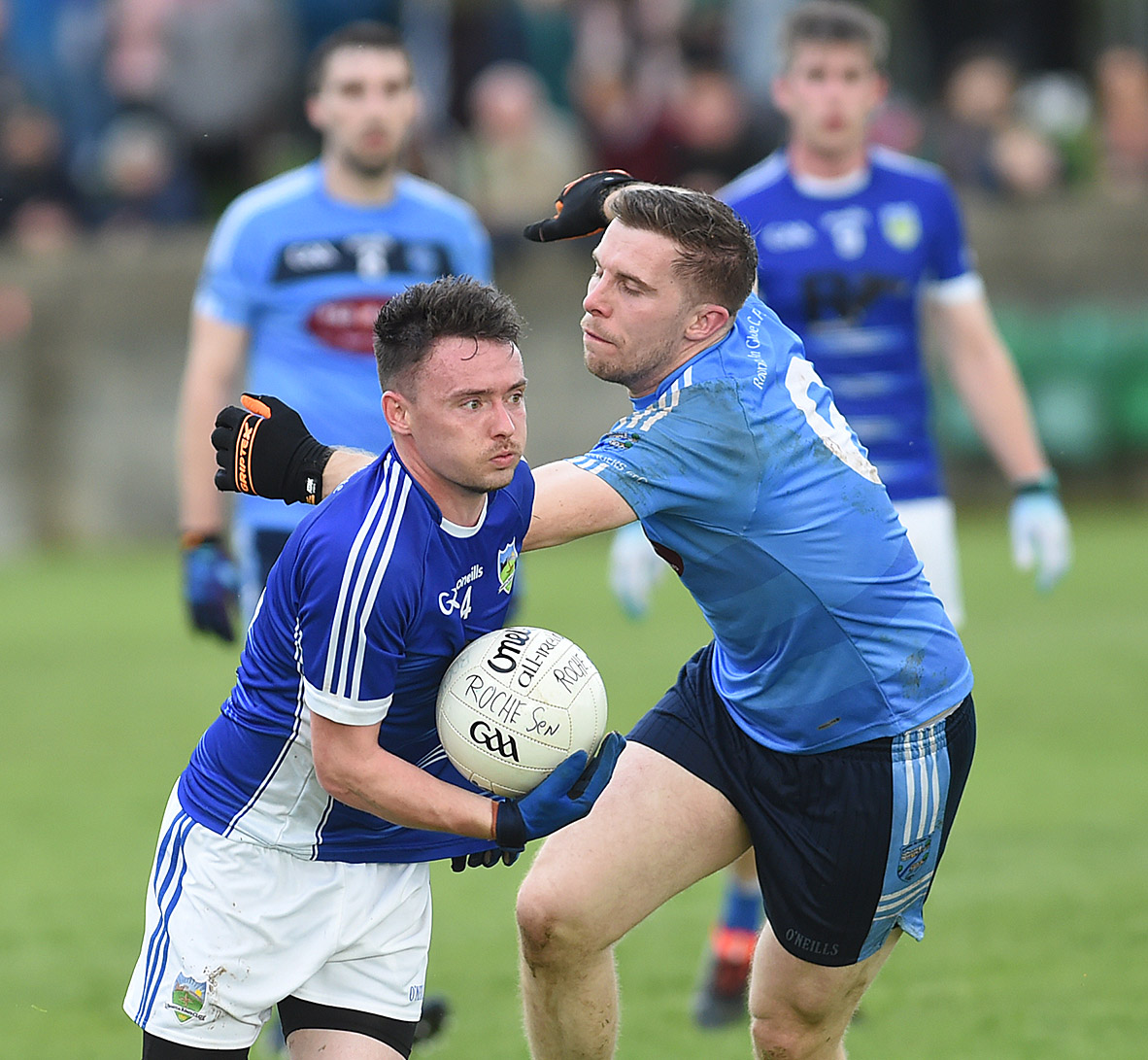 “It was strange, but I’ve fitted in well back there beside David (Quigley) and whoever else I’ve been playing beside.”

Maybe it was desperation on his part, as having missed most of pre-season due to a hand injury, he wondered if a vacancy in the starting XV would become available. It did, ultimately, and he’s seized it.

Murphy’s pace is clearly his strongest asset. That, along with a vast offensive background, has counted in his new-found role, he feels.

“Being a forward in previous years, you always know how you don’t want to be marked and I use that in a defensive way,” he added.

“My tackling probably wouldn’t be my strongest asset, but the speed at being able to get out in front and read the game, and knowing how you don’t want to be marked, I’ve used those things and it’s paid off well enough for me this year.”

Paid off, to be sure, with the Louth recognition coming as a bolt from the blue, even if he is reluctant to be drawn fully on the prospect of pulling on a red jersey.

“I wasn’t expecting it whatsoever,” Murphy stresses, as the topic arises.

“They were kind of watching me throughout the year and asked me to join up with them. I’m going to be doing that at some stage, but they know Roche are still in the Leinster and I’d like to focus on that first.

“We’ll get Leinster out of the way and I’ll give that a bit of a crack and see how it goes.”

Speaking of the provincial campaign, Emmets, Louth’s junior kingpins, oppose Laois’ Castletown Gaels in Dowdallshill on Saturday aiming for a place in the competition’s last eight, where Offaly representatives await.

From a hurling stronghold of the O’Moore County, Castletown were beaten by O’Dempsey’s second string in the Laois junior final last month and visit St. Brigid’s Park as something of an enigma.

From Murphy and Roche’s perspective, though, the picture is bright and all involved are relishing a foray into the unknown.

“There was still that buzz around the lads and in the dressing room when we got back training. I suppose the pressure was off after we’d done what we’d set out to do.

“We said that we’ll have fun with this, it’ll obviously be a different experience playing against teams from outside of Louth.

“There would always have been that pressure and expectation on us to get out of junior. We felt that we didn’t deserve to be down there, certainly not for as long as we were. Once we won the championship it was a weight off the shoulders: job done.

“The time we’ve all spent together, training a lot and all the replays - I’d say we’ve played the most games of any junior clubs this year. It did stand to us, especially the younger lads.

“There is a tightness and a new type of bond that I haven’t witnessed since I’ve been involved.”

That unity will be tested in battle this weekend.