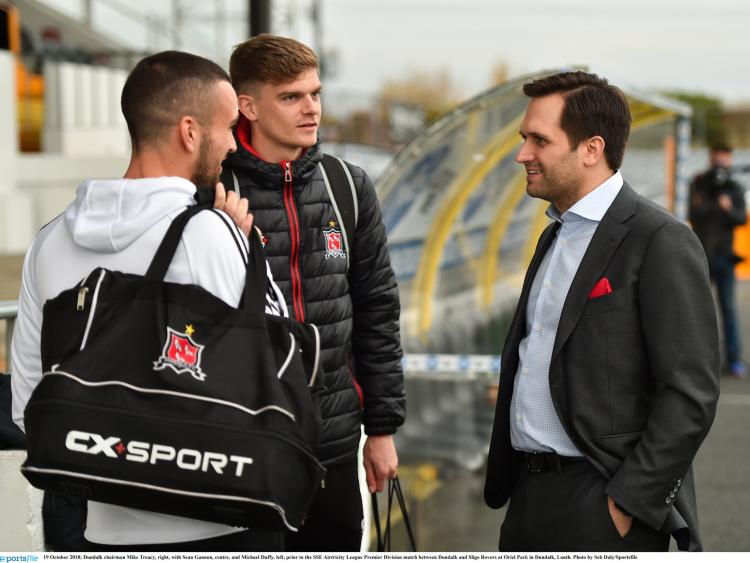 Dundalk FC's Michael Duffy and Seán Gannon - with club chairman Mike Treacy - are in for the PFAI Player of the Year award. (Pic: Sportsfile)

Dundalk FC have five players in this year's PFAI Premier Division Team of the Year, with two in the running for the overall individual award.

Seán Gannon - for the sixth year running, Seán Hoare, Chris Shields, Patrick Hoban and reigning Player of the Year Michael Duffy have all been included in the selected XI, alongside four from Shamrock Rovers and one each from Derry City and Bohemians.

Dubliner Gannon and Duffy are in the overall reckoning alongside Rovers and Ireland star Jack Byrne, who's also named among those competing for the Young Player of the Year award.

PFAI Team of the Year

PFAI Player of the Year nominations