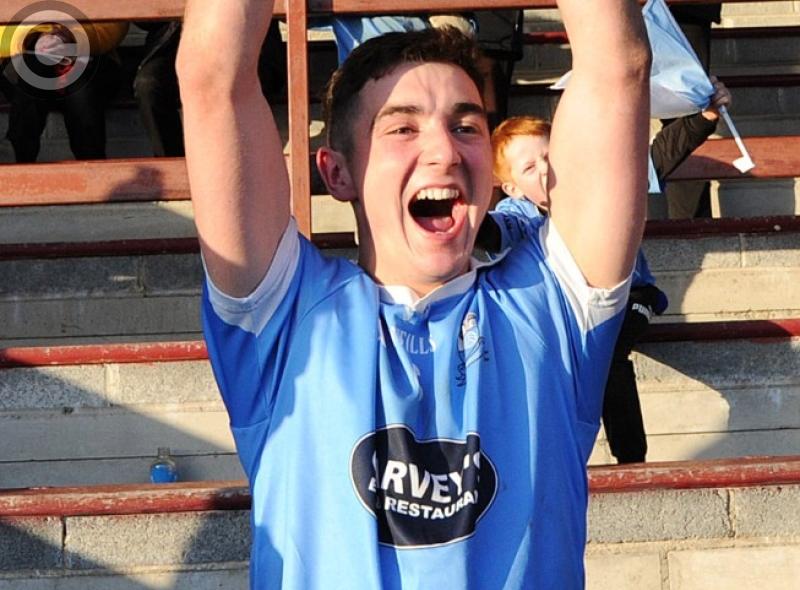 The blunt reality was that Newtown Blues were all bar county champions after only 16 minutes. Club legend Danny Nugent predicted a three-point victory for the holders in Sunday’s match programme, and he was spot on, even if it was a Blues cruise.

Naomh Máirtín slugged their way back to an outcome of partial respectability, capped by a goal from Sam Mulroy five minutes into stoppage time. Some opined that the margin could have been less, especially had The Jocks’ free-takers been more efficient.

However, a more compelling argument centres on Blues’ almost lackadaisical approach in the aftermath of a steadfast opening blitz. All such accomplished footballers, the result was inevitable. Blues had a firm grip on Joe Ward and there was absolutely no way it would be seized from their grasp.

‘Forty-four minutes and more to go, lads, but sure we’ll take it handy’. Well, that’s how it looked, anyhow. Not that John Kermode - one of a chunky number of now five-time medallists, alongside Colm Judge and Hugh McGinn to name but two - and co were consciously relaxing. 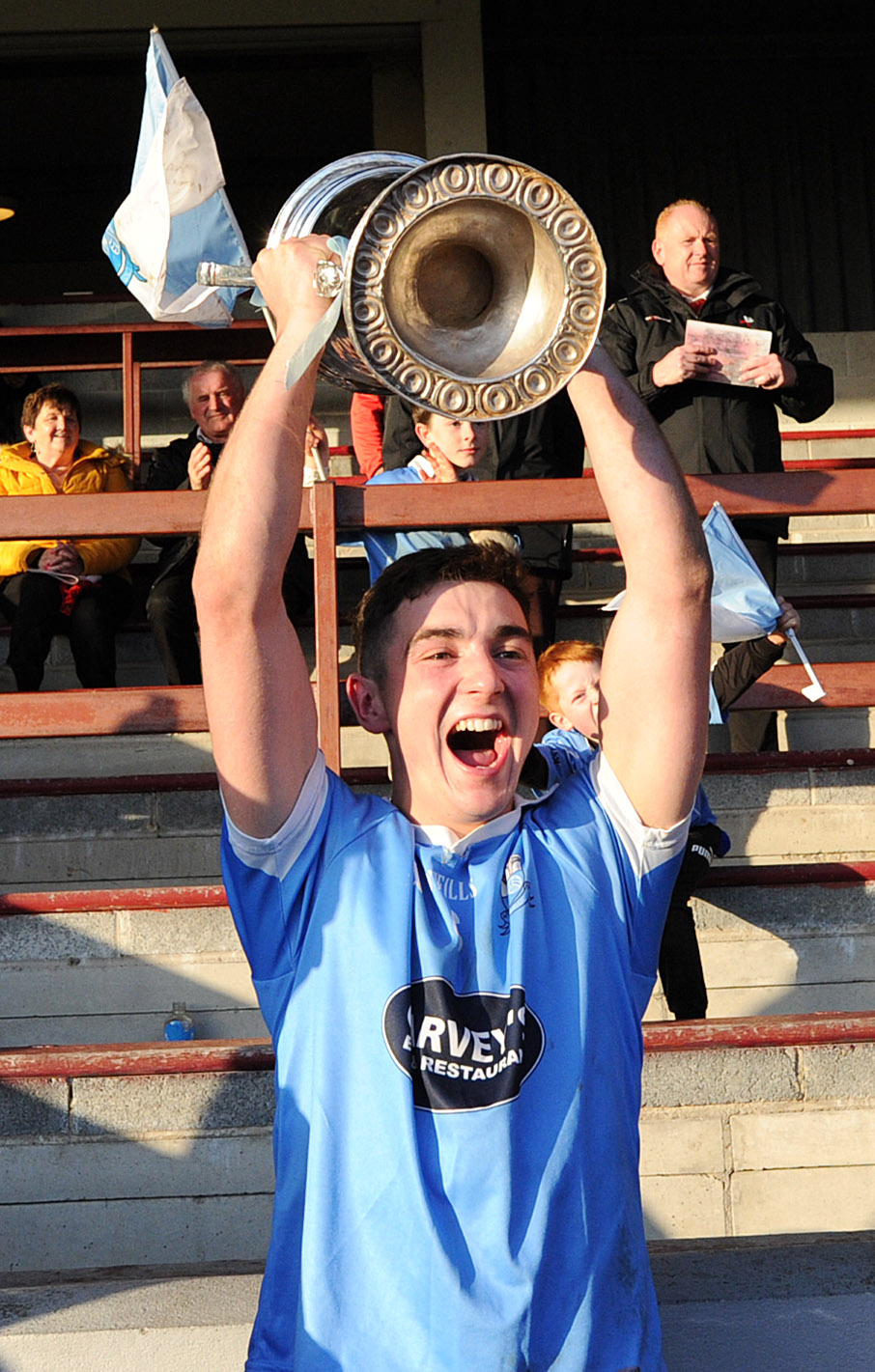 “We exerted so much energy into a fast start and that’s what happened,” the rangy midfielder said.

“The last 10 minutes (of the first half), they came at us and got three scores. We didn’t score for the last 10 and it’s all got to do with the energy we expended in getting the big lead.”

He added: “The game, we were ready for it and I think that showed at the start; we came out all guns blazing and that really was the winning of the game.

“That last 20 minutes, we were looking for the whistle. We couldn’t get a foothold like we did in the first half, but we’re delighted to get the job done.”

Typically ruthless in approach, Blues seemed to reflect somewhat disappointingly on their display for the most part, particularly the second half. Indeed, it was unusual for them to allow The Jocks to enjoy so many scoring opportunities and, ultimately, rely on some wastefulness in defending the lead.

Yet, those well enough acquainted with Blues and their pedigree will recognise their seamless ability to slip back into top gear if or when a competitor begins to gain ground on the inside lane. They were extremely comfortable prevailers and any effort to skew that fact ought to be scratched.

Instead, focus among others should be on the foreboding reality of the situation in which Louth football finds itself. Commentators, including your writer, gave Máirtín’s a healthy chance of stopping Blues’ juggernaut, yet they fell well short when the kingpins applied themselves. Kermode was hesitant when it was put to him that Blues are a better team now than when winning in 2017 and ’18, but a subsequent expression from the big No.9 countered his uncertainty.

The age profile of the side has dropped in the last season with the undisputed Man of the Match, Alan Connor, Dáire Nally and Ian Connor grooving themselves into the fray. Of the six starting defenders, five won minor championship medals in 2014 or 12 months later, the entire inside forward line likewise.

Blues are here for the now and the future, while Kermode, Paul Moore, Judge and more can continue to be forces as arguably the most golden crop of players to pass through a club in 30 years settle furthermore on their all-conquering quest.

“Three-in-a-rows aren’t easily done, you need to have that winning mentality and this is a special bunch of players.

“But it wasn’t really on our minds. The lads are young enough, they’re going to be playing for another 10 years, and they’re not thinking of three-in-a-row. It was just another Joe Ward to win and that’s all it is.”

The game was a matter of plays old when it hit home that Blues were going to reign supreme. Robert Carr, Alan Connor and Conor Branigan found range before Connor rolled goal number one past Craig Lynch, cherry-topping a move of brilliance into the United Park end.

And disaster struck again moments later when The Jocks suffered a twin-blow of conceding a penalty and seeing influential forward Stephen Campbell black carded, for the foul he committed on Fergal Donohoe in giving Kevin Brady no alternative but to spread his arms. Captain Emmet Carolan did the honours, before Ross Nally and Andy McDonnell compounded the misery.

Eleven behind and struggling to get a touch of leather, Conor Whelan’s introduction coincided with a relative comeback from The Jocks. Five of the next six points were for the royal blues, either side of the break, and as the second half progressed, they got back to within six on three occasions, spurning chances to make the deficit even slimmer.

A punched goal raised a roar and then Mulroy bulged the side-netting as a revival of incredible proportions was flirted with. Not to be.

Death, taxes and Blues winning titles. The last time they won three, in the early 1960s, they won four...