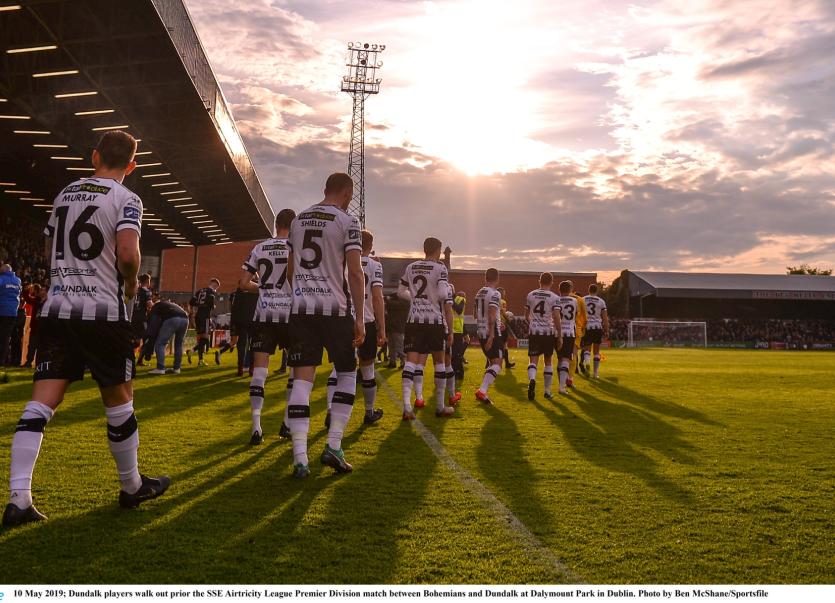 Dundalk FC can move closer to 90 points when they take on Bohemians at Dalymount Park on Friday night. (Pic: Sportsfile)

Dundalk FC want to become the first team to break 90 points in League of Ireland history, but John Gill insists “there is no pressure” on the players anymore and that they are free to “express themselves” against Bohemians at Dalymount Park this Friday night.

The all-conquering Lilywhites will put their 31-match unbeaten record in domestic competition on the line when they face third-placed Bohs in the capital this weekend.

The Gypsies are within touching distance of a return to Europe for the first time since 2012 and they will undoubtedly have some revenge in their sights having suffered a couple of unlucky losses to Dundalk earlier in the season. 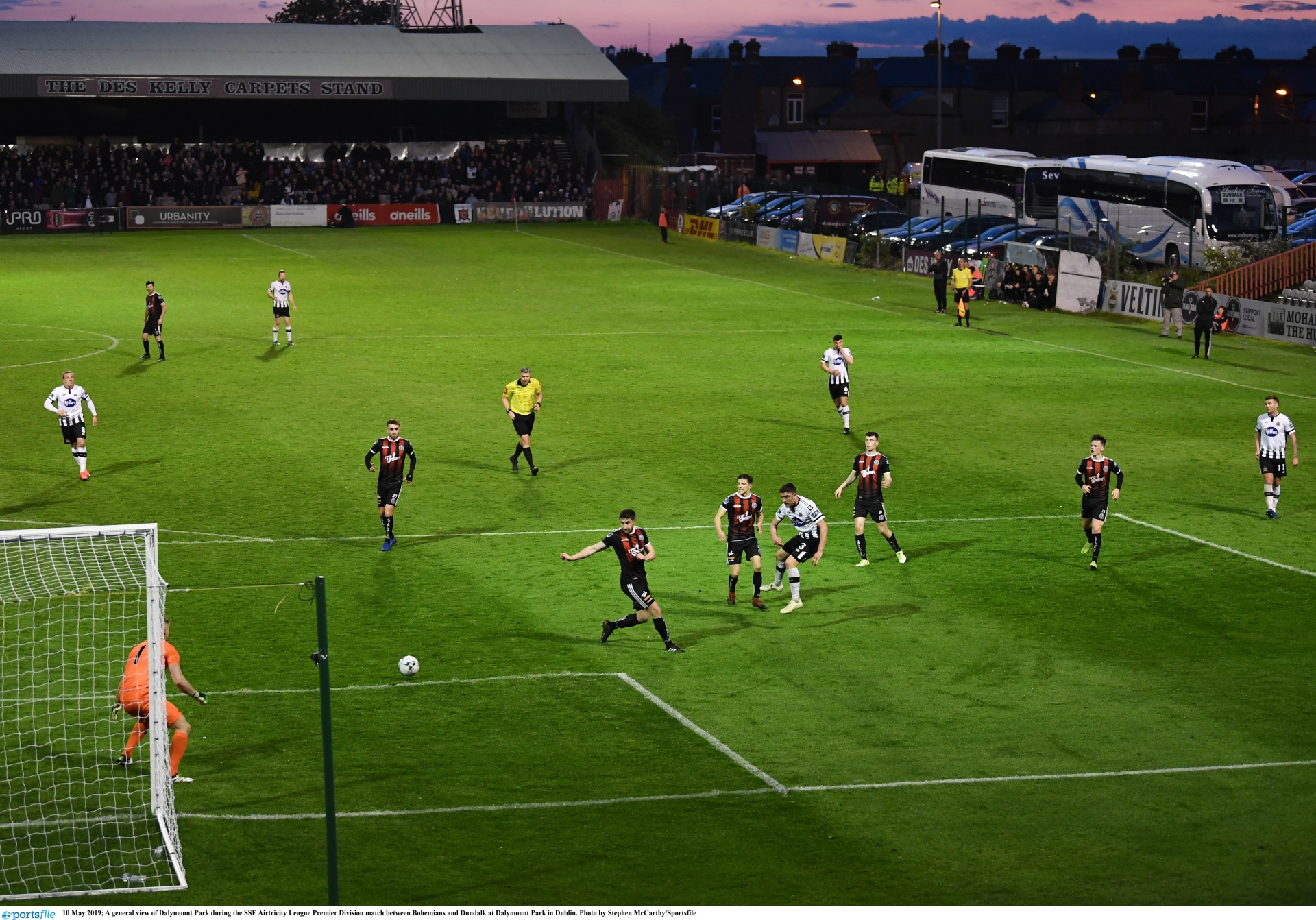 The champions have already racked up 83 points but, with three games remaining, need another five to break the points total record which they set only last season. They could also yet overtake Bohs’ record 19-point winning margin from 2008, with Dundalk currently 17 points clear at the top.

“It would be nice to do that,” Gill said on the possibility of breaking into the 90s. “I think this group of players, for the efforts that they’ve put in this year and what they’ve done in the last seven years, deserve that. I’d love to see them do it.

“Records are there to be broken. We don’t consciously go out and look at them. But someone is going to have to break them – why not this group, they’re a phenomenal group.” 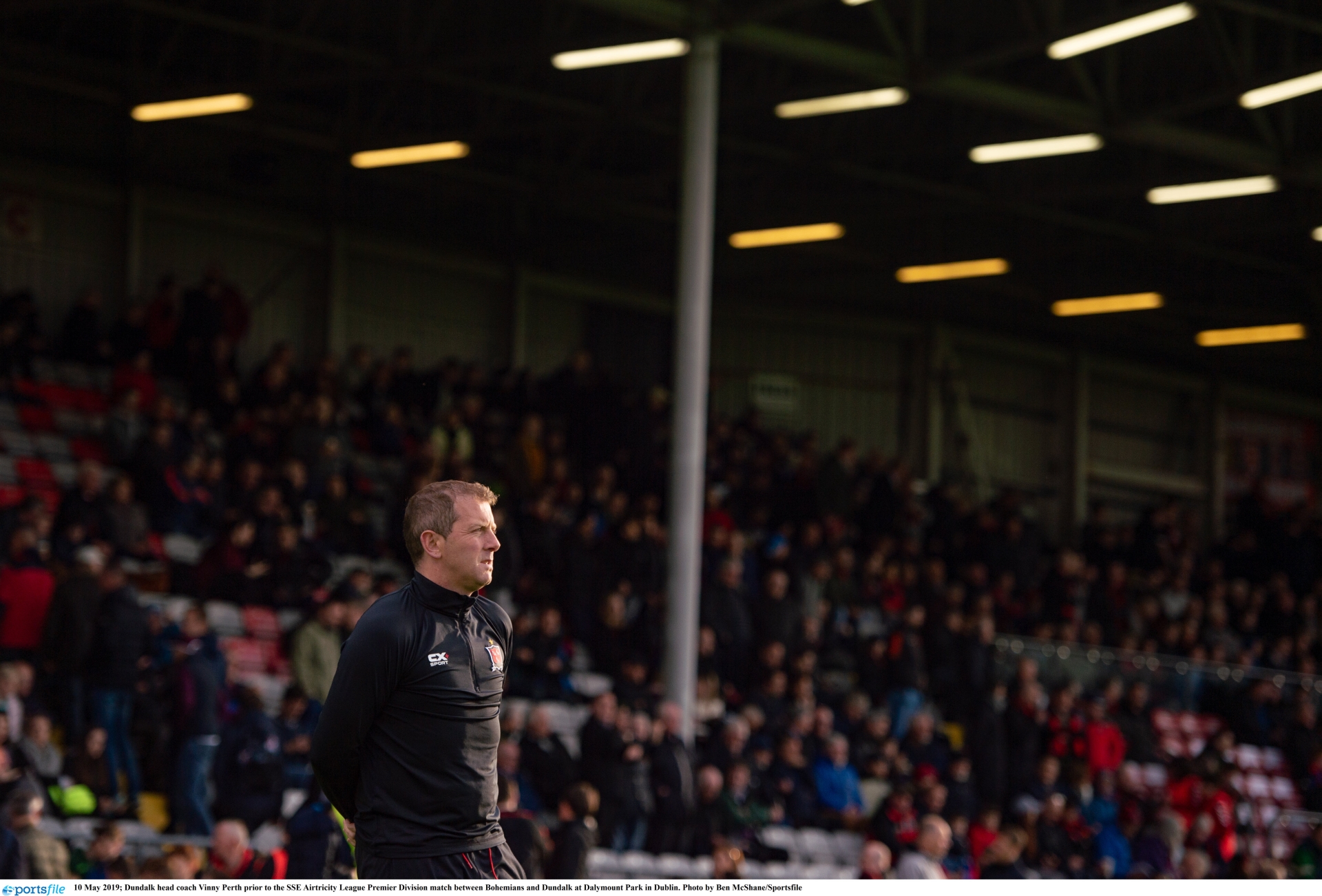 Looking ahead to their latest test at Dalymount – where they won 2-0 back in May – Gill added: “Bohs won on Friday so they’ve put themselves into a very good position (for Europe). They’re a tough side, they have a lot of energy in their team.

“We’ll just knuckle down, try to do what we did against Derry, approach the game in the right way, and get more minutes into players.

“There is no pressure on the players, except the pressure we put on ourselves, which we all do. We can go out and express ourselves now.

“We won’t be going there just to make up numbers; we’ll be going out to try to win every game that is put in front of us – that’s how we approach it.”

Gill said it would be likely that defensive duo Daniel Cleary and Dean Jarvis – both suspended for the 1-0 win over Derry City at Oriel Park last Friday night – will come back into the squad for the trip to Dublin.

Midfielder Patrick McEleney missed the clash with his hometown club because of “a little niggle”, but Gill reported good progress on midfield pair Jordan Flores and John Mountney who will both “be fit in the next week or two”.

Flores, in his limited playing time due to injuries, has displayed his quality by contributing a goal and four assists. The Wigan native is contracted for 2020 and supporters will be keen to see some of him before the end of this year, with an appearance against Bohs a possibility.

“He has been so unfortunate,” Gill said on Flores. “He’s a great lad and he has worked his butt off to get back in. He was probably touch-and-go whether we got him in the squad against Derry. We just felt he might need an extra week’s training. There’s a good chance he’ll be involved next weekend.

“Not only the Cup final, but we have the Unite the Union Cup as well, which we want to have a full complement of players for.

“You want to try to get people in (against Bohs) who need minutes but, at the same time, not disrespecting the game and trying to get three points.”