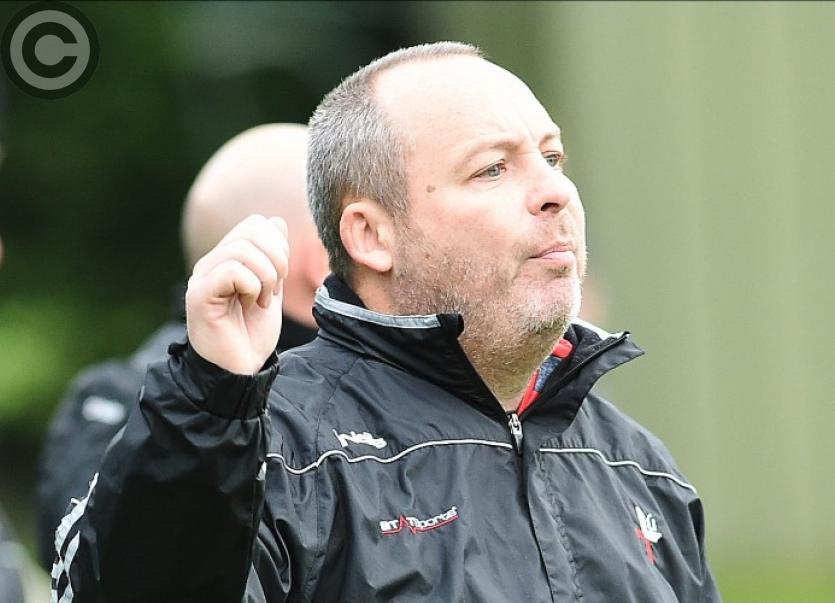 Wayne Kierans has had no trouble in attracting players to his Louth senior set-up, he says. (Pic: Arthur Kinahan)

Wayne Kierans has had no trouble in attracting players to his Louth senior set-up, he says, but the O’Connell’s man accepts Monday’s positive Leinster Championship draw could help in the county management’s attempts to build next season’s panel.

The Wee County were pulled to face Longford in the preliminary round of the 2020 provincial competition, with Laois awaiting the winner in the quarter-finals.

This year, The Reds saw off Wexford at the first hurdle before being humbled by eventual Leinster and five-in-a-row All-Ireland champions Dublin.

“There has been no problem in selling the Louth senior football team to players, from my experience anyway,” Kierans, who is in the midst of pre-campaign preparations, told The Democrat.

“So far, all of last season and at the early planning stages of this year coming, we haven’t had any problem in attracting anyone to the project or enticing people.

“But there is no doubt that that’s right, if it gives anyone a boost that they feel there is the potential for some successful games in the Leinster Championship, that’s an even bigger bonus.

“On the draw, the first thing you look for is avoiding you know who, so we’ve managed to do that. Once you take them out of the equation, as everyone keeps saying, Leinster without Dublin is pretty competitive.

“We’d be happy, they’re winnable games so we’ve got to be happy enough.”

The Louth boss has been a regular fixture at domestic championship fixtures in recent months, including last weekend’s junior and intermediate deciders where veterans Kevin Callaghan and David Reid were the respective Man of the Match award claimers.

Indeed, quite a few seasoned campaigners have lit up the local stage recently, but Kierans is adamant there is plenty of youthful talent there to be tapped.

“Identifying players that can step up to the higher level is the key thing,” he added.

“The guys that have done it in the past are still doing it at club level. But, unfortunately, we can’t turn the clock back to get the likes of Shane (Lennon), JP (Rooney) and a few others; Adrian Reid’s another perfect example, what a leader he is.

“You’re looking at the players who could potentially be like those, the guys with the athleticism, with the good attitudes and who do stand out with their clubs.

“It’s a new generation you’re looking for, but I think it’s great to see so many lads in the twilight of their careers still doing it at club level.”