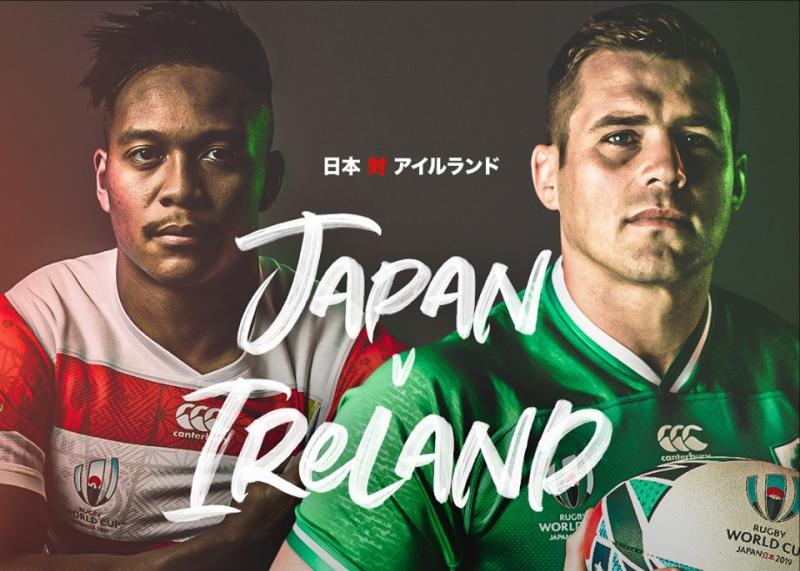 The turnaround wasn’t offered as an excuse for Ireland’s shock defeat by Japan in last Saturday’s rugby World Cup tie. It just came up for debate at the TV post-mortems.

Six days had passed since the win over Scotland in the first Pool match. In contrast, Japan had eight days to recover from their joust with Russia. It’s warm out there in places like Shizuoka and Yokohama and the going is tough. Japan adapted to the conditions much better, which shouldn’t come as a surprise since they were playing at home.

The bookies were offering evens on Ireland, but for punters to collect, Ireland had to win by 20 points or more! To just win the match, by any score, Joe Schmidt’s side were 1/12, which, to those lucky enough with no need to gamble to get their kicks means having to bet 12 – euros, fivers, tenners, scores, whatever – to win one. If there’s anyone who did, all I can say is ‘Ouch’.

Ireland’s first half performance was compen- sation enough for having to get up earlier than usual on a Saturday morning. Jack Carty and Garry Ringrose, taking their cue from Ronan O’Gara and Shane Horgan, combined beautifully for a try, before Rob Kearney added another, the Cooley man bulling his way over in the face of huge opposition. Meanwhile, over in Treviso, Kearney’s brother, Dave, crossed over three times in Leinster’s PR014 win over Benetton.

Half-time: 12-3, supporters happy, the most intrepid of the punters among them saying to themselves, “Money for old rope.” It wasn’t, you know, rather a lesson learnt in the cruellest and costliest of fashions.

Feeling the heat in every sense, Ireland had no answer when Japan asked the really serious questions in the second half, and even before the final whistle was sounded, the men in green had conceded victory, content to go for a bonus point rather than try to stave off defeat.

Not having an educated rugby eye, I can’t really dispute the findings of those who have; but was a Sunday newspaper’s rating of 81/150 – compared to Japan’s 129/150 – not a little unfair to Ireland? And five out of 10 for the full-back?

Just five days will have passed before Ireland take to the field again, playing Russia in Kobe on Thursday. It’s at 11:15am, and whereas here might have been some planning a sickie, last Saturday’s result should guarantee all workers being correct and present.

Talk of turnarounds: Dundalk football team are doing fine with a very busy schedule, playing in a league clincher on a Monday evening, and a Cup semi-final six days later, all of this coming in a season where at one stage there were 17 games in 61 days. Perth’s team currently lie 15 clear in the points competition – and the lead could even get greater. This is the sort of dominance the Shamrock team of my youth, the one peopled by Coad, Tuohy, Mackey, Hamilton, Ambrose and the like, couldn’t exercise.

And now we’re on to busy schedules. How about the one racing folk have to fulfil? Jockeys, Colin Keane, Donnacha O’Brien and Shane Foley, were in action at Dundalk on Friday night, the latter riding for Jessica Harrington, who was also there. The following afternoon they were all at Newmarket, Foley winning one of the big races for trainer Harrington. It didn’t end at that. The Curragh staged a meeting on Sunday, and, yes, Messrs Keane, Foley and O’Brien had several mounts and Harrington had runners.

Busy, busy, but nothing to compare with the punishing weekend schedule trainer Aidan O’Brien’s former and current stable jockeys, Kieren Fallon and Ryan Moore, have been presented with in the past, and, in Moore’s case, may again in the future. They’ve ridden in three countries on successive days, Ireland, America and France, and while the travelling alone would be energy-sapping, there’s also the race riding, trying to guide the mightiest of horses – in weight and in class – to victory.