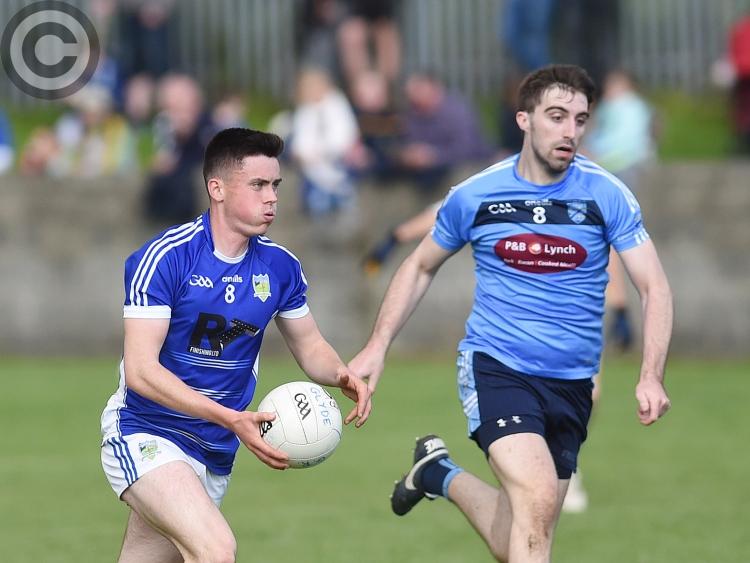 It was over, surely: Roche six points clear.

Thirteen minutes to go, it was over: Roche ahead by three.

How, or why, the teams must reconvene on Saturday night is a mystery. Roche had a firm grip of Sunday’s game; Glyde, bar Niall Sharkey, were out on their feet.

And so it was their energy-laced wing-back who drove forward in the dying embers, with his team trailing by Eugene Murray’s goal, drawing the free from which a hopeful hoof caused carnage in the Emmets goalmouth.

O’Brien was approached for an interview afterwards, but he friendly disobliged. “I’m not good at that sort of thing.” But by God is he good at something else...

What was there to say. He thought it was gone. Those who streamed like the River Glyde out of exit points were of a similar frame of mind.

“It looked like, with five minutes to go we were sort of out of it,” said Rangers manager Ollie Flynn, who left a more than a mildly jubilant bunch of players huddled at the Dunnes Stores end of Páirc Clan na Gael.

“But I would never doubt these men, these Glyde men; they’ve been something special since I’ve come in.

“One thing we’ve talked about all year is playing to the final whistle; never giving in and never stopping. The proof is in the pudding there, they kept at it.

On the other hand, Roche gathered with less gusto after Stephen Johnson had called for the ball. Not only did they allow a lead to slip, but they did so for the second affair running. They were nine in front in the semi-final against Lannléire, only prevailing post-extra-time.

Like the liquid contents falling from the base of a soggy cardboard box, victory was flushed away in the manner of a finger click.

“They stuck at it; we all know that it’s become a 65-minute game and you really have to finish it out,” Flynn’s opposite number, Paddy McGuinness, added.

“It’s a championship final and even the best teams can not show up on the day.

“I thought the lads were okay in fairness. When we played well we looked decent, but Tallanstown are a big, physical and seasoned team. At no stage did I ever feel it was a six-point lead.”

While Sharkey stood out like a beach ball among bobbles, and can realistically be attributed Glyde’s season-salvager tag, Evin Quigley’s heroic second half cameo in Roche blue cannot pass without mention.

Had Emmets held on, the powerful left-footer, who was introduced six minutes after the break, would have been awarded Man of the Match, such was the impact of his trojan and endless efforts.

He caught ball at centre-field he had no right to, delivered offensive-minded passes with precision and was an omnipresent source of intelligence as those around him began to lose their bearings.

In saying that, there were more than a few murmurings of discontent among some Emmets followers after a decision by the umpire to wave Kevin Callaghan’s free wide. Entering stoppage time, Roche would have moved five clear had what they deem to have been the correct call been made.

But it would be disingenuous to attach blame elsewhere. Having hit eight first half wides to Glyde’s three, the Faughart Parishioners appeared to have found the winning trail when spurting from two points down to 1-10 to seven in front over a devastating dozen minutes, Murray’s major coming before the end of the third quarter.

The vast consensus at that juncture: game over. But it’s never over, especially where Roche are concerned, it seems.