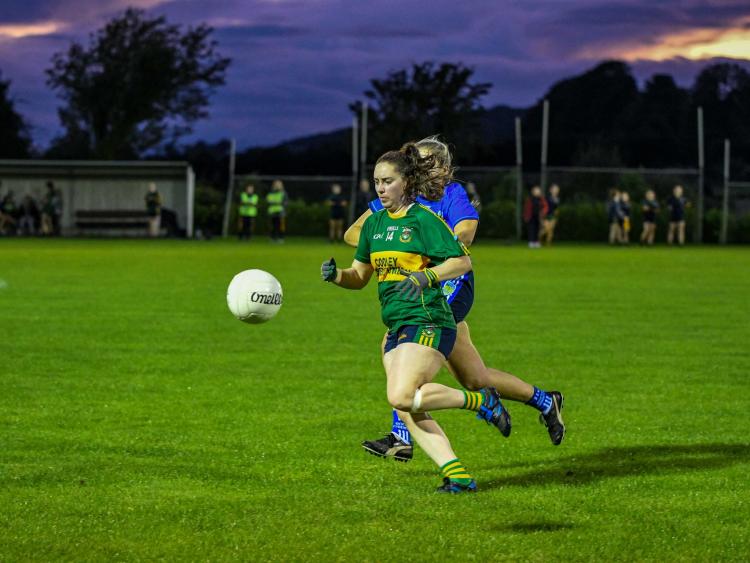 Eibhlin Rice's return to fitness has been incredible and she can help Cooley Kickhams to another SFC against Geraldines on Sunday. (Pic: Warren Matthews)

“We’re mad to win another one after the feeling we got last year. We just want another one.”

“There’s not one person who doesn’t think we can do this and there’s not been one person all summer; that’s the reason why we’re still here,” she adds.

“We sat on the beach at Templetown after the first game against Roche and we asked ourselves, ‘do we really want to do this?’, and we do. We’re such a young team. I’m 24 and the third or fourth oldest on the team, which is madness for a senior team.

“We all want to do it for each other. We’re just a very close-knit team.”

For the Rices, it’s set to be another seminal occasion, last year having seen Eibhlin line-out alongside sisters Coirin and Niamh in the forward line. 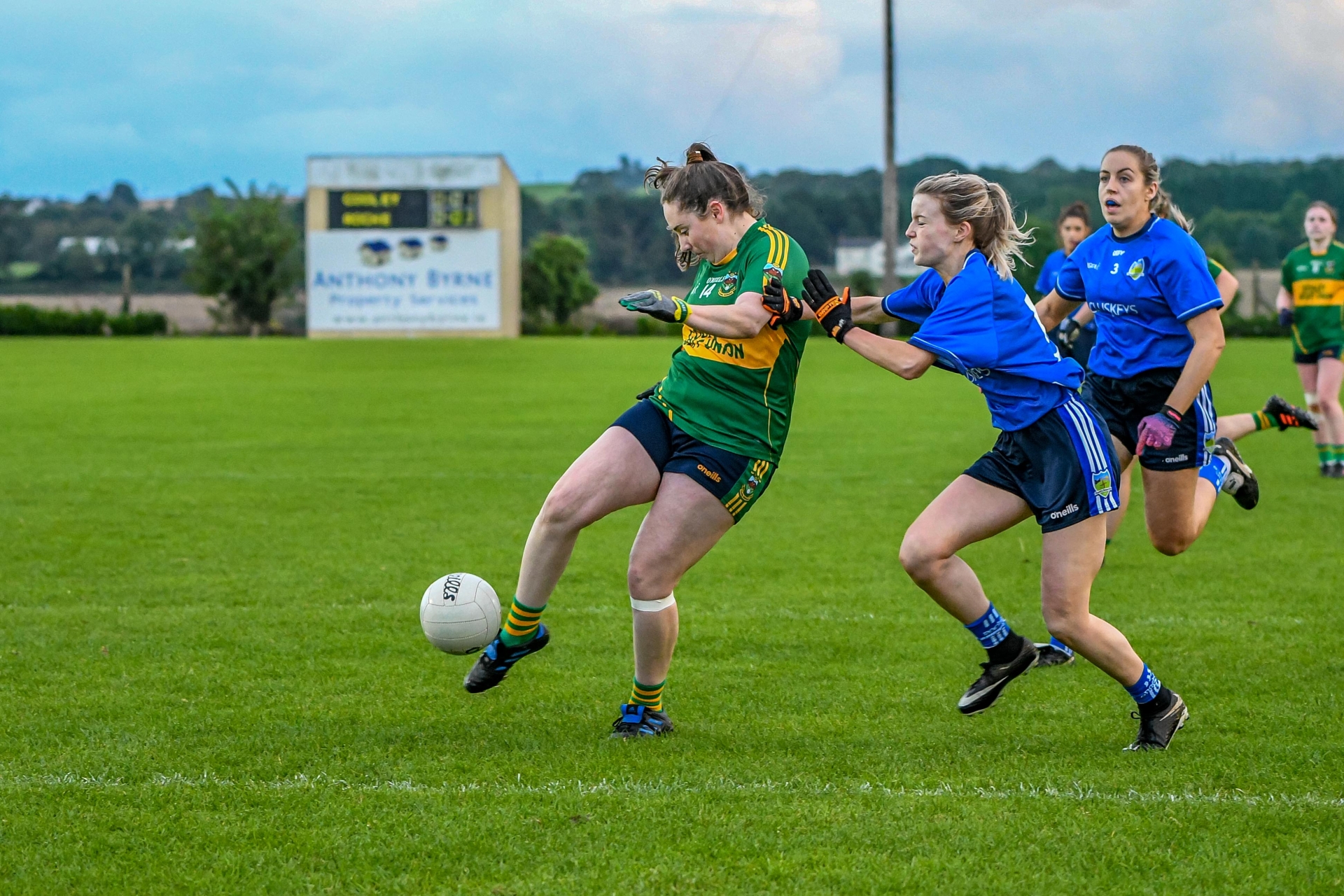 But victory would not only serve as a feather in the family’s cap, it would act as a further reward for Eibhlin, who’s had to battle back to full fitness following a two-year spell out of the game owing to a freak injury.

She describes her fitness hell: “It started in March 2014, I broke a bone in my wrist playing a match, but I didn’t realise it was broken.

“It was niggling at me for ages, but I just paid no heed to it, strapped it and left it. Almost a year to the day later I played in the first game of the league against the Mochta’s and fell. I hit the ground and knew straight away that it was definitely gone…”

It was, a bone in her right arm had fractured and a year had passed without medical attention.

Placed in a cast for several months, she was advised that surgery was the best option, before a consultation with a Santry professional suggested the damage was worse than previously diagnosed.

“He said he reckoned he’d need to take a part of bone out of my hip and put it into my hand, to help put the bone fully back together,” Eibhlin says of their 2016 meeting.

“I was going to America that summer and he said that I could wait until after that. I came home at the end of August, on a Sunday, and I got the surgery on the Monday… By the time I got back playing it was the full two years. The next time I played was March 2017.”

A student at the time, Rice recalls the pain over the spell, but undoubtedly the most annoying aspect of her injury was the hobbies she was forced to forgo. Talented musically, Eibhlin had to drop out of piano and guitar commitments, although they weren’t the worst misses.

“I could do nearly everything, but I couldn’t play football, which was what I wanted to be doing; a nightmare,” she adds.

It’s also accepted that the absence hindered her promising football career. Rice was on the Louth senior panel as a minor and was widely tipped for a lengthy career with The Wee County, so it was, thus, encouraging to see her stick three goals past Roche in the semi-final. The Cooley star feels as though she’s getting back to somewhere near her best, with sister Niamh and cousin Lauren Boyle supplying the ball from further out the field.

“It stopped me in my tracks and I’d be the first to say that even after coming back, in 2017, I found it really hard to get back to a level I was at when I was 18.

“I played well enough last year, but I feel like it’s only now that I’m really feeling a lot more confident in myself and getting back to the level I was at.”