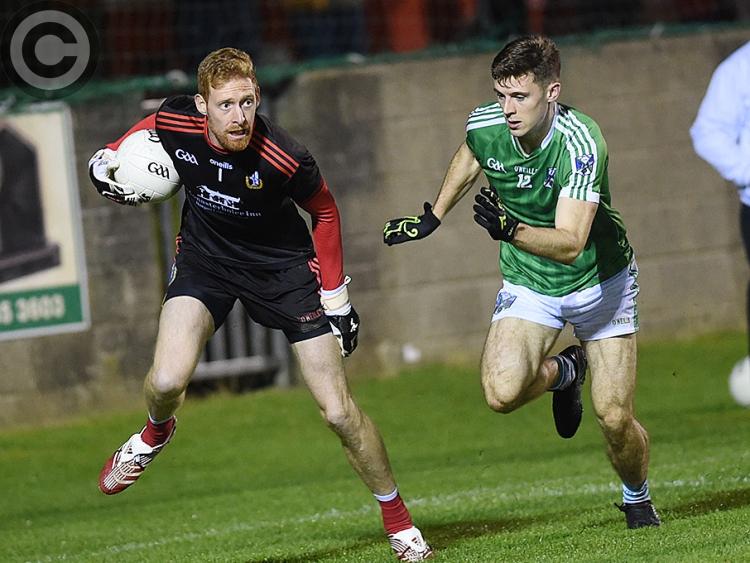 Val Leddy will remember the night of September 20, 2019, for the rest of his days. Not only did he help - albeit briefly - Naomh Máirtín to their second senior championship final, but his partner, Kayla, gave birth to a baby boy.

The stocky midfielder was introduced for the injured Wayne Campbell shortly before half-time in Friday’s semi-final victory over Geraldines, but had to depart Stabannon at the break having received word of the impending arrival at the Lourdes.

“Congratulations to Val and Kayla, well done and fair play to Val, he got his 10 minutes and rushed off to the Lourdes,” said jubilant manager Jim Farrell, who was keen to point out the need for a double celebration.

However, for Farrell and co, the bigger picture is that The Jocks are where they set out to be, the Cardinal O’Donnell Cup winners having had that steely look of determination since the competitive season got underway in spring. Mugged by Newtown Blues in last year’s showpiece, it appeared as though this season would have fallen short of expectation had they not reached October 13 at the very least.

“We’re not finished yet,” the Máirtín’s boss added, alluding to their date with destiny on Sunday three weeks.

He accepted that his side were always in control of a tie which they led by three points at half-time, 0-7 to 0-4, and similar to the manner by which they swatted Ardee St. Mary’s aside in the league decider, The Jocks were ruthless in the early stages of the second period. 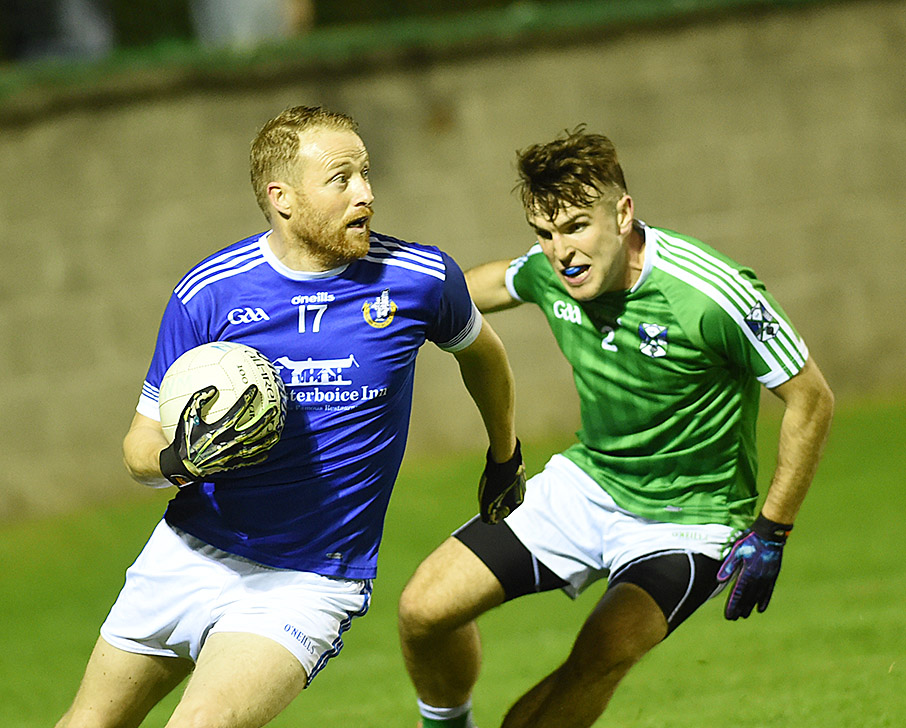 Top-scorer Sam Mulroy found the net three minutes after the restart to give the Monasterboice men a six-point cushion that would never be jaded substantially enough, especially against a Geraldines team whose weakest attribute is in registering consistently.

“The key was not letting the Gers in for a goal and I would have thought that we had plenty of chances in the first half. Going in three points up having had a large amount of possession, particularly in the first 10 or 12 minutes and towards the end of the first half.

“I thought our work-rate was exceptional in slippery conditions, albeit on a fabulous pitch, and I really think that’s what brought us through tonight.”

While Mulroy again led the way for the winners, the key forward performers were JP Rooney and Stephen Campbell, both of whom enjoyed outstanding outings in finishing with a brace of points apiece. Indeed, had Rooney dispatched his goal chance in the opening period the closing margin may well have grown to double figures.

Eoghan Callaghan was the provider for Rooney’s pulled effort and the former Louth minor captain was simply the best player on show, throwing further weight behind calls for him to take a regular step into Wayne Kierans’ senior side for next season. The 20-year-old, operating at wing-back on the night, was infectious through the manner in which he went about his business, rarely getting sucked into contact and never wasting possession.

Yet for all The Jocks’ slick first half play, they didn’t close the door on a Geraldines revival and through Jim McEneaney’s third point the gap was narrowed to the minimum, before a Mulroy brace established the interval divide.

And the lethal finisher stamped his authority with two goals in eight minutes during the third quarter as the men in blue raced into a 2-8 to seven-point lead, a gap which, in spite of being chiselled at, was never going to be diminished.

With just one fence to clear in their double hunt, The Jocks are flying.