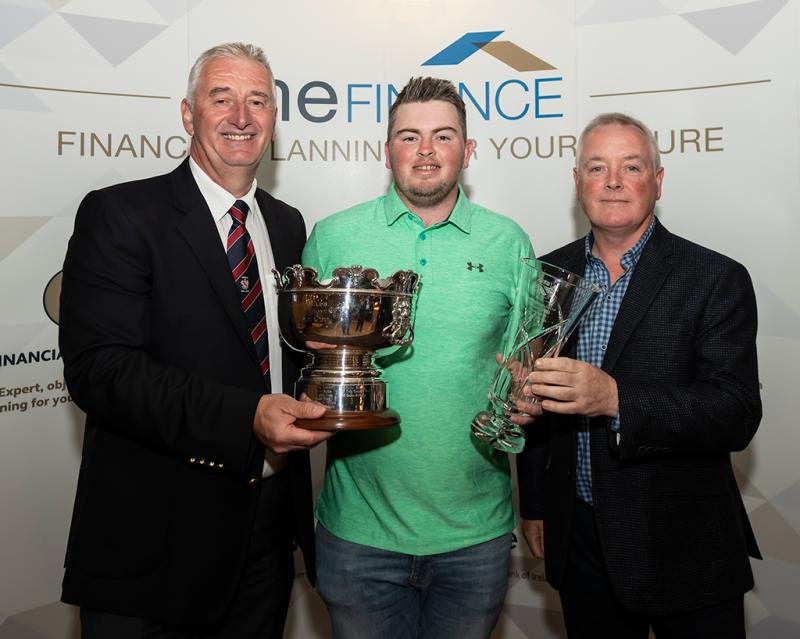 Caolan Rafferty has won One Finance sponsored Dundalk Scratch Cup for the third time in four years after dominating proceedings over his home course on Sunday.

The 26-year-old Walker Cup player followed up a bogey-free five under par 67 in the first round of the 36 hole competition with a four under par 68 to finish on nine under and five clear of Warrenpoint’s Colm Campbell in second place.

“It’s a good feeling,” said Rafferty afterwards. “I played really well and as Conor (Purcell) said I didn’t miss too many shots today.

I put myself in a good position off the tee and then hit my approach shots to within makeable positions. The birdies I did make, I chipped in twice, but the rest of them were pretty much straight-forward. Overall, it was pretty solid.”

Rafferty began his first round with five straight pars before birdieing the par five sixth and turned on two under after a birdie at the par four eighth. More birdies followed at the 10th and 14th before he sank a 15ft putt on the last for his fifth birdie of the round. 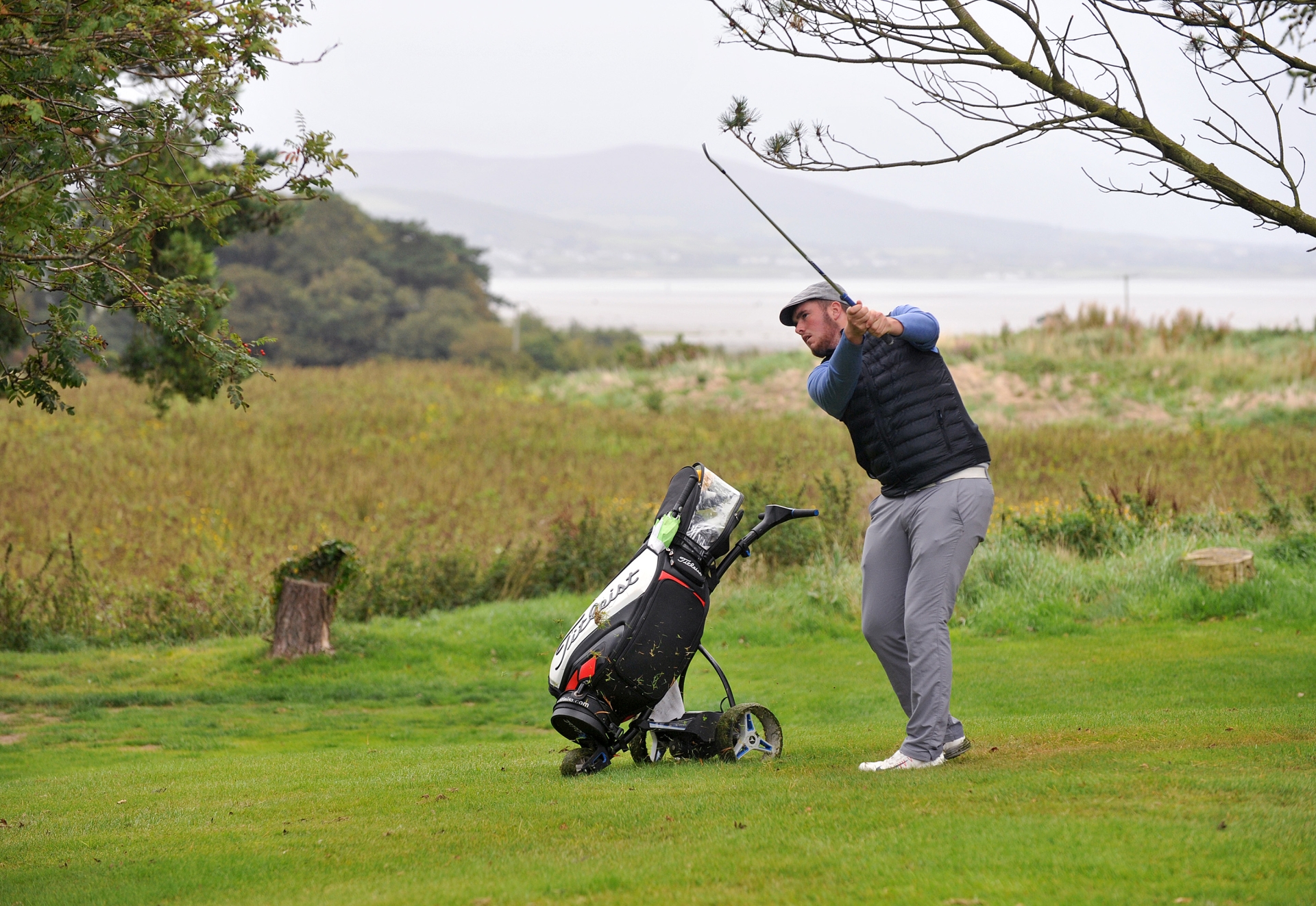 Campbell, who won in 2017, fired seven birdies on his way to an opening round of 68 which left him one shot behind Rafferty at the halfway mark of this 36 hole competition with Royal Dublin’s Richard Knightly two shots further back after a two under par 70 which included a run of three birdies from the 10th.

Campbell drew level with playing partner Rafferty at the beginning of the second round when he birdied the opening hole to move to five under and then holed his ninth birdie of the day on the third to join Rafferty on six under after he too had a three at the par four hole.

But the Warrenpoint man, who won this competition in 2017, saw his challenge fade away as he bogeyed three of the next four holes to drop to three under while Rafferty moved to seven under by birdieing the par three fifth.

Immediately ahead of them, Knightly was also going backwards thanks to a double bogey seven at the sixth and a bogey five at the eighth.

Rafferty picked up shots at the 10th and 11th, where he chipped in, to move to nine under before having his first bogey in 32 holes when he chunked a chip on the short par four 14th and failed to get up and down. 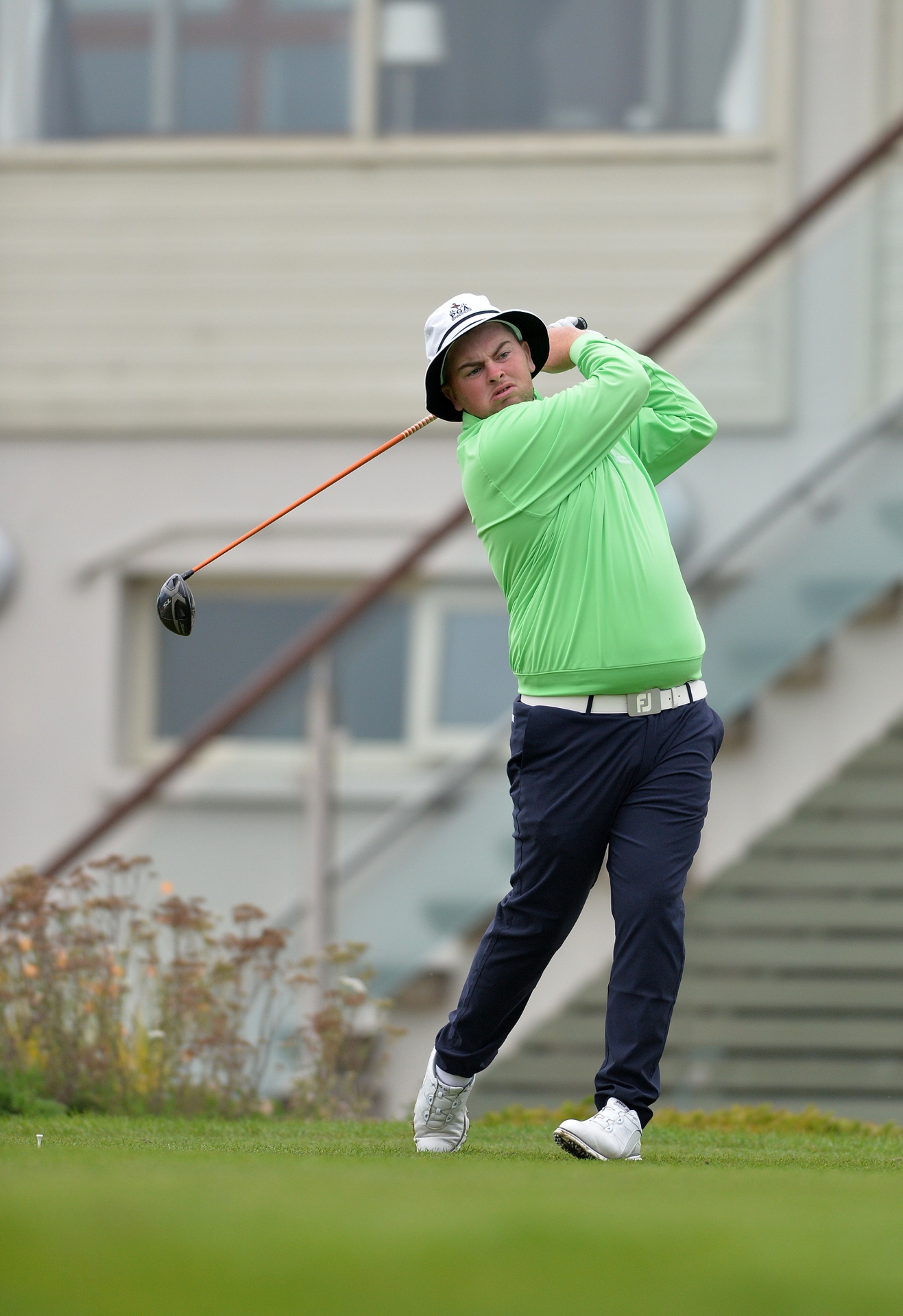 “I’m still annoyed about the only bogey I made. I tried over the last two years to go around without a bogey but I bogeyed 16 last year and 14 this year for my only bogeys of the tournament. It would have been nice to go 36 holes without a bogey but that’s the joys of it and a win is a win at the end of the day.”

Rafferty got his round back to nine under on the last when, much to the delight of the large home support, he drained a 30ft putt for his 10th birdie of the day to round off a highly impressive performance in which he seemed oblivious to the incessant rain that fell throughout the afternoon round.

The only other sub-70 round in the afternoon came from course record holder and last year’s runner-up, Gerard Dunne of Co Louth, who shot a three under par 69 to finish in third place overall, six shots adrift of the winner.

Dundalk’s Eoin Murphy bounced back from a four over par 76 in the first round to card a two under par 70 and finish inside the top ten while his senior panel teammate Conor Curran improved by five shots on his first round when carding a second round 72 to finish 16th on 149, two places ahead of Aaron Grant.