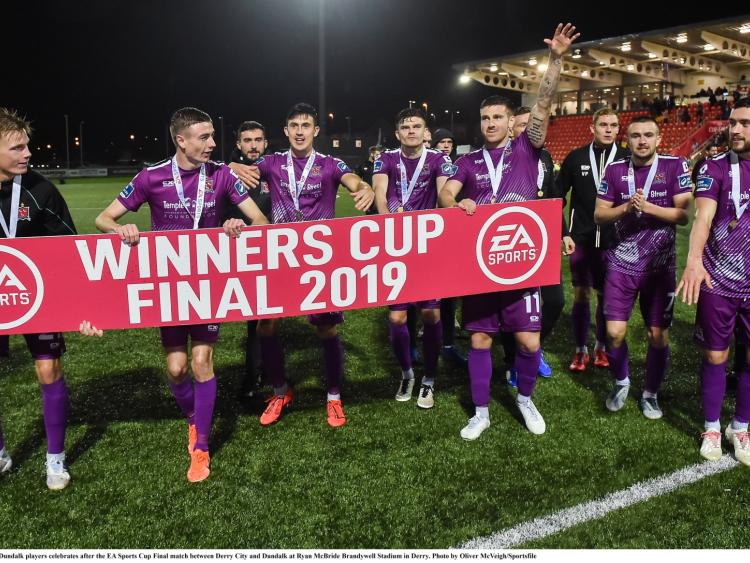 Dundalk FC claimed their first major piece of silverware this season with a penalty shootout victory over Derry City at The Brandywell Stadium on Saturday night.

We're melting down Kelly's Monument and putting up a statue to Chris Shields.

Victory in a national competition, on the day of the GAA All-Ireland football final replay. Rubot knows which win it bigger. P.S. He'll be forgiven for not using a hyphen in 'All-Ireland'!

The t word is on

Ian Sharkey, on the other hand, thought it was St. Patrick's Day.

The t word is on

A word from the chairman on head coach Vinny Perth, among other things.

What a match! Hats off to @derrycityfc for an incredible effort. Battled us for over 60 minutes with 10 men. First cup for our manager Vinny! Thanks to all our supporters for continued motivation! Safe travels home

Nothing like a good climb under the roof of the stand when #Dundalk score. pic.twitter.com/igPLQR87cJ

We'll leave the last word with superfan Danny O'Connell. John Gill: one of the best!

He got us promoted in 2008 and he's back to win more trophies with us, bigger ones to come