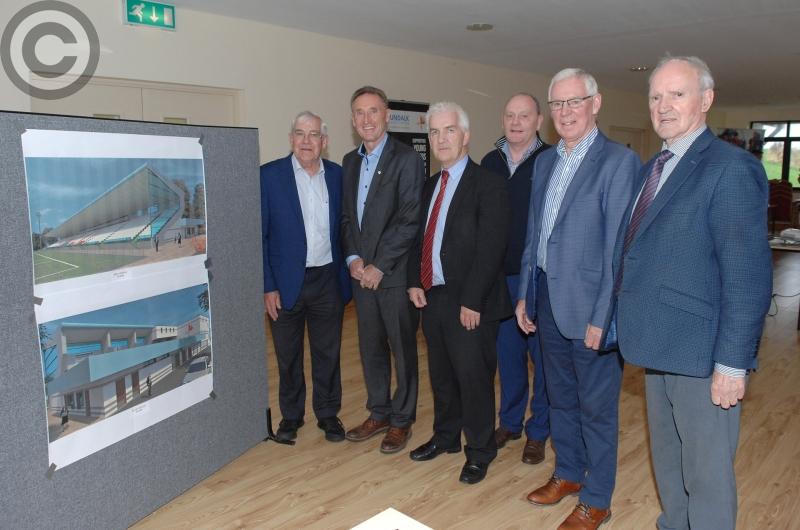 Aidan Berrill expects to add to the six-man grounds committee, of which he is a key member, in the coming weeks and months as Louth GAA set about raising a portion of the funds required to build a stadium in Dundalk.

A price of approximately €12 million has been quoted by the group to cater for the entire construction, although the figure’s breakdown remains unknown, according to Berrill.

“The contribution of the Department (for Tourism and Sport) is unknown at the moment and, obviously, Croke Park is unknown,” he told The Democrat.

“Therefore we can’t put a figure on it. It’s just ballpark figures being thrown out.”

He was responding to a query which followed his committee colleague, Peter Fitzpatrick TD’s assertion that €4 million would need to be forked out by Louth GAA, leaving two-thirds of the cost in the hands of the government and Croke Park.

Berrill didn’t deny that this may be an accurate figure, but insisted that it remains unconfirmed.

On the next stage of the process, where funding methods must be devised, the Naomh Máirtín clubman said the present committee would be added to by people with expertise in the area, explaining that the upcoming change in the County Board’s executive will have no impact on this.

“The plan would be to add a few people to drive the fundraising,” Berrill added.

“What we would hope to do down the road is take people in that would add to the skillset of the committee. We’re at the fundraising end of things now. We will get assistance from Croke Park about how to go about launching fundraising projects, but we’re only at the stage of moving into it now.”

Pressed for a specific opening date, Berrill was unable to oblige. At the present stage one of the LSSIF (Large Scale Sports Infrastructure Funding) grant application is holding the filling process up.

This finance is intended to cater for drawing and early-development costs, with the request, which was lodged a matter of months ago, taking time to be processed by the Department for Tourism and Sport, the minister of which, Shane Ross, has met with members of the grounds committee on a number of occasions.

Until the grant comes through work cannot commence.

“I would love to see this built for next June or July… and see the Máirtín’s win a senior final in it in October 12 months!

“But that’s not reasonable at this stage because we will have to get filling in. If we start the filling in December, you’re talking about a three-month period and then it’s the funding after that.”

Dundalk-based Pádraig Herr and Associates are the contracted firm for the development, with committee member Dermot Agnew having worked closely with the outfit since the process began.