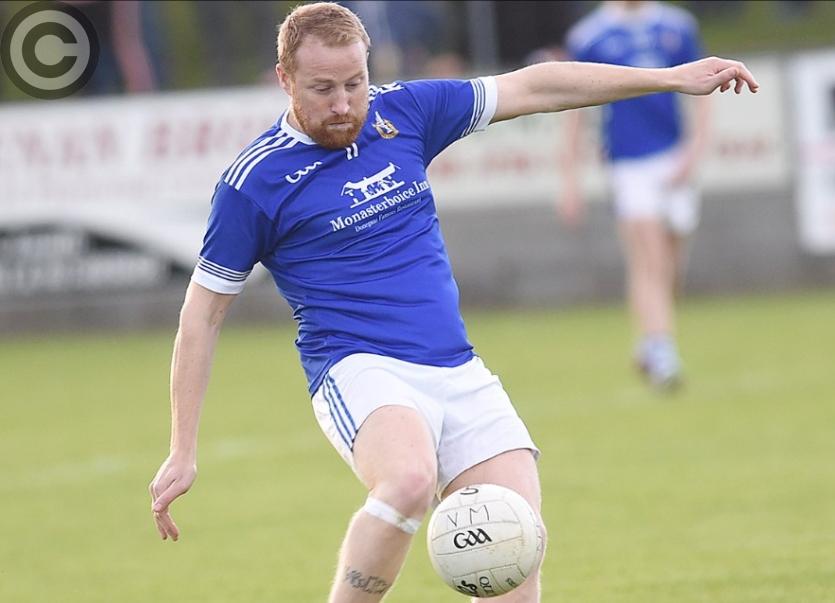 A ripple of confidence emanated from St. Mochta’s in the lead into Saturday evening’s quarter-final, but it was the type of tongue in cheek optimism that you’d quicker associate to a child asking for a sweet before their dinner.

Truth be told, there was only ever going to be one winner of this affair and Naomh Máirtín, priced at 1/4 for the victory pre-match, emphatically underlined their superiority, having the game effectively wrapped up before Mochta’s found any sort of rhythm.

Had this been Newtown Blues the intermediate kingpins were facing, the outcome would have been in little doubt for obvious reasons. Just because it was the Jocks in opposition didn’t make the task any easier.

The Monasterboice men have lost just twice between league and championship all year, to Mattock Rangers and Dreadnots, and topped Division One. Their consistency in the past three years has been exceptional and so they delivered a composed, confident display in Dunleer to earn a third successive semi-final berth.

Mochta’s battled back at the beginning of the second half, having trailed 1-8 to four at the interval, and certainly weren’t disgraced, but they were a tad fortunate to even be within range of the winners considering Eoghan Callaghan and JP Rooney, who was majestic up front, stung Jason Callan’s crossbar early in the game.

Callan was also forced into action later in the encounter and while Mochta’s will feel the scoreline is harsh, it was ultimately reflective of the difference on the day.

Stephen Campbell got the Jocks’ goal before the turnaround and with Rooney, Mulroy and Wayne Campbell pointing sweetly across the half, Mochta’s, in spite of their gradual improvement and Ciarán Byrne’s impressiveness on his return, were always at arm’s length, trailing 1-8 to 0-2 at one stage.

The underdogs’ main man, Declan Byrne didn’t register in the opening period, which was hardly conducive to his team challenging meaningfully, but he arrived at the fore on the restart, scoring six times.

Through his efforts, Seamus McGahon’s men cut the deficit to four. But as if able to ‘turn it on’ when needed, Mulroy yearned the gap to seven with a neatly taken goal.

There was controversy when umpire Mickey Boyle awarded Mochta’s a three-pointer after deeming Jamie Mulholland to have carried Eamon O’Neill’s shot across his own goalline - a decision which drew the ire of the Jocks congregation.

It left just three in it, 2-12 to 1-12, with time left, but straight down the other end, John Clutterbuck collected the kick-out and sent an arrow Stephen Campbell’s way. The No.10 gathered, winning a penalty from which Mulroy dispatched impressively. Bryan McQuillan added a fourth maximum in stoppage time.

A steep learning curve for Mochta’s, no doubt. They’ll be back in the seasons to come, given their youthful age profile and with the Byrnes in attack, but the Jocks are, at this point in time, up several levels and probably the only challenger worth pitting against Blues.

For the championship’s sake, let’s hope they avoid each other in the last four.