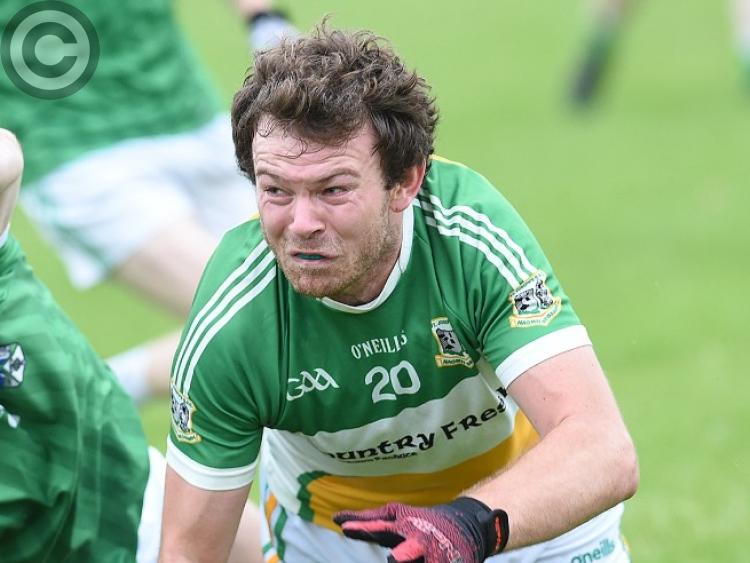 It was a contest befitting of its link to relegation: slow, sluggish and lacking in quality. But that won’t matter a jot to St. Joseph’s, who condemned their neighbours, O’Connell’s, to a doomsday scenario.

That it took the Castlebellingham men, who will now face Sean O’Mahony’s in the ‘final’, 20 minutes to get off the mark and a further seven to register from play during a first half where they battled with the wind advantage was the decisive factor, as Joe’s fared much better in utilising the conditions.

While both sides lacked a cutting edge, O’Connells’ offensive struggles were more blatant. They finished with seven wides and all bar one of their points came from placed kicks. And, still, when Stuart Osborne flicked to the net among a sea of bodies, to give them a lead approaching full-time, it appeared as though they would grind their way to victory.

But Joe’s had more guile in attack, Craig Doherty and Alan Quigley, as they did in defeat to Geraldines a matter of weeks ago, showing nerves of steel to turn the deficit around and ensure the Dromiskin/Darver men of a fourth successive season among the championship elite.

The introductions of the Smyth brothers, Conall and Dáire, cannot be underestimated either. As O’Connell’s tired around midfield, the pair repeatedly got on loose ball and found their men in space. They were cool heads at a far from calm time.

In truth, the outcome was fair. Joe’s began the match brightly and were two points clear towards the close of the opening quarter, only to hit a 17-minute lean patch, where O’Connell’s moved ahead.

But, considering the breeze’s strength, a 0-5 to three half-time buffer was far from considerable and it was wiped out almost immediately. As the light faded Joe’s got on top and may have scored two goals, had Gabriel Bell, who at least got a point, and Jack Mulligan directed their attempts more precisely.

It was one-way traffic, but Joe’s received a jolt as Osborne got his paw to a lofted punt towards goal. The gasps of the winners’ contingent in the stand told the tale. Such a twist wasn’t in their plot.

But they gathered themselves, from two behind, firing over the final four points, Mulligan and Quigley doing the damage in injury-time. They deserved this, Ollie McDonnell’s men, but O’Connell’s will regret their late relinquishment of control.