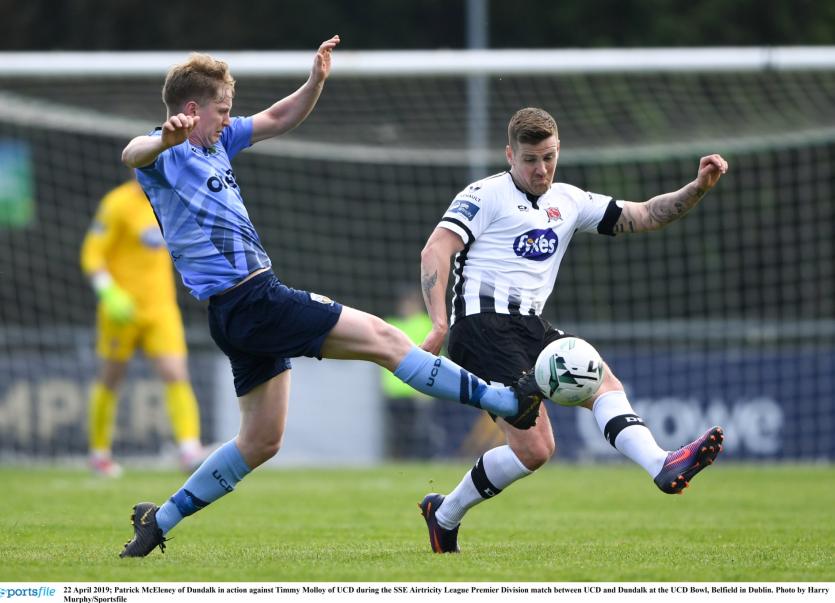 UCD's Tommy Molloy and Patrick McEleney of Dundalk FC will oppose each other when the teams meet at Oriel Park on Monday week. (Pic: Harry Murphy/Sportsfile)

Dundalk FC face a schedule of two games per week for the remainder of August following confirmation of dates for their league and EA Sports Cup back fixtures.

On Monday, The Lilywhites oppose Bohemians in the League Cup semi-final at Oriel Park (7:45pm), with the winner facing Derry City in the final.

Next Friday night Dundalk visit The Brandywell Stadium for their FAI Cup second round tie against The Candystripes, with kick-off also down for 7:45pm. There will be no replay of this tie, so extra-time and penalties will follow a draw.