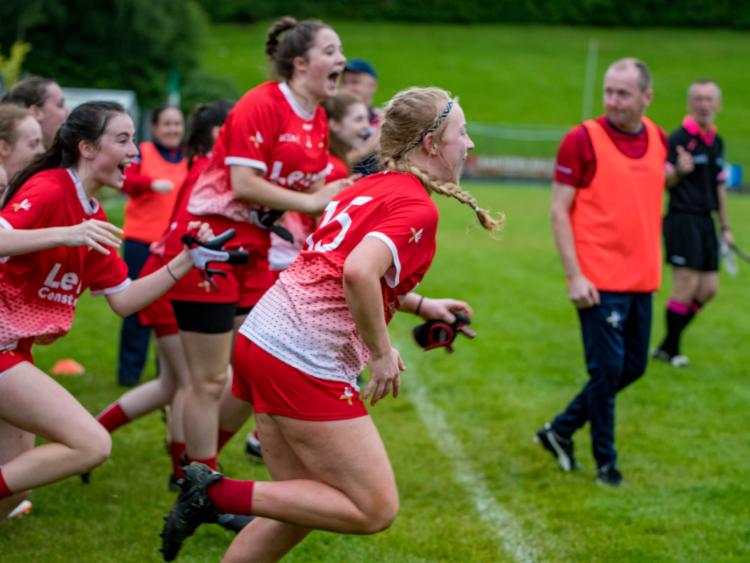 Louth U16s were tremendous in being crowned All-Ireland ‘C’ champions in Mullahoran on Wednesday night.

The Martin Duffy-managed side were simply fantastic, all six starting forwards registering as the winners surged to a comprehensive victory, which sees them end their championship year with a 100 percent record.

Player of the Match was undoubtedly Louth winger Róisín Maguire, whose 1-6 tally was spread across play and placed balls. The St. Kevin’s player was the one who Sligo struggled most to contain, although Roche Emmets’ Abi Keenan cut loose in the second half, shooting 2-2 of her 2-3 tally.

Sligo caused the Wee girls problems at various stages, with Leah Duffy and substitute Sarah Kiernan (2) finding the net, but the Connacht side were never truly in contention after Louth’s blistering start, which saw them bag the opening 2-6 by the 10th minute.

Rachel Leonard - after just 30 seconds - and Ellen McBride struck Louth’s goals, while Seona Halligan chipped in with three points as the Reds raced out of the blocks.

The Yeats County offered a response, the impressive Duffy registering from the penalty spot, but they would still go the break with it all to do - 3-8 to 1-5 in arrears - after Louth’s star player, Maguire, slotted home a penalty.

And the Reds maintained their dominant form after the interval, with Keenan hitting 1-2 over a short spell, prior to Sarah Gilmore firing home her team’s fifth off the bench, after Kiernan had dispatched Sligo’s second three-pointer past Rebecca Lambe Fagan.

Regardless, the Louth ’keeper was one of the game’s most competent players, putting on an exhibition with her handling and distribution, as well as shot stopping during Sligo’s strongest spell of the second period.

She was, though, beaten for a third time when Kiernan, a powerful forward, sent a rocket to the roof of the net to make it a 10-point game with eight minutes to play: 5-15 to 3-11.

Louth, however, finished with a flurry, Keenan burying another major as her county romped to a rare national title.