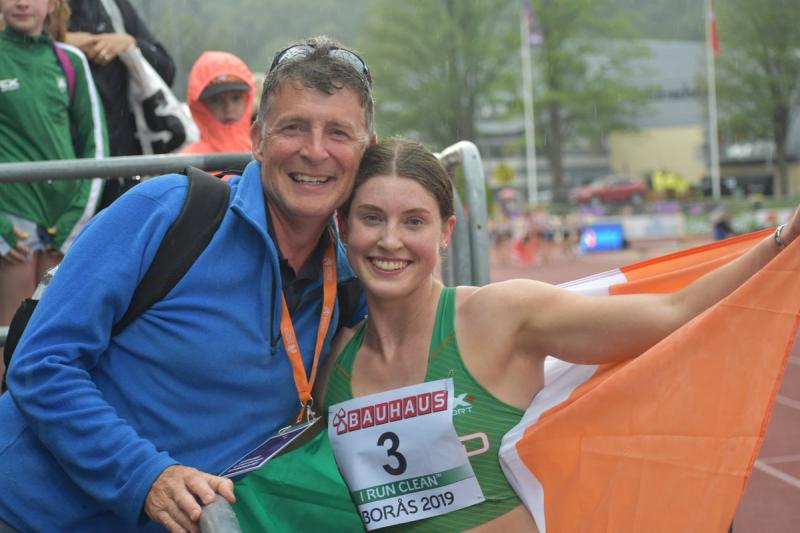 Kate O’Connor made history in becoming the first Irish athlete to medal at an international heptathlon on Friday evening when claiming silver at the European U20 Championships in Sweden.

The Dundalk St. Gerard’s clubwoman excelled across the seven-event programme, including posting a monster throw of 52.92m in the javelin, setting a new Irish U20 and U23 record, as well as surpassing her previous personal best by 3.61m.

She entered the final round, the 800m, in third place overall, but finished third in the race, behind Spaniard Maria Vicente - the gold medallist - which was enough to take her over the 6,000 point mark and into the silver medal void.

“It’s amazing,” O’Connor said. “To be the first one to ever do it (for Ireland), I can’t explain it, how happy, how excited I am. I’m just so looking forward to what the future holds.

“I’m completely ecstatic. I really can’t believe I broke 6,000 (points): that’s every heptathlete’s goal at the beginning and I just can’t believe I’ve done it at this competition.

“To get the silver medal also, it just tops it all off.”

She added: “Coming up the 100 and Maria overtook me, I knew I just needed to run as fast as I could to get that silver medal. I did it. I’m so proud of myself!”

O’Connor has been long earmarked as a future star, having earlier this year set a new national record at the IAAF Combined Events Challenge in Italy.

The 18-year-old’s father, Michael, was present in Boras over the Championships and along with several others, O’Connor spoke highly of his impact on her career through coaching.

“My Dad has been an amazing help. Without him, I wouldn’t be where I am… I wouldn’t be at this event, representing my country and holding this flag up.”