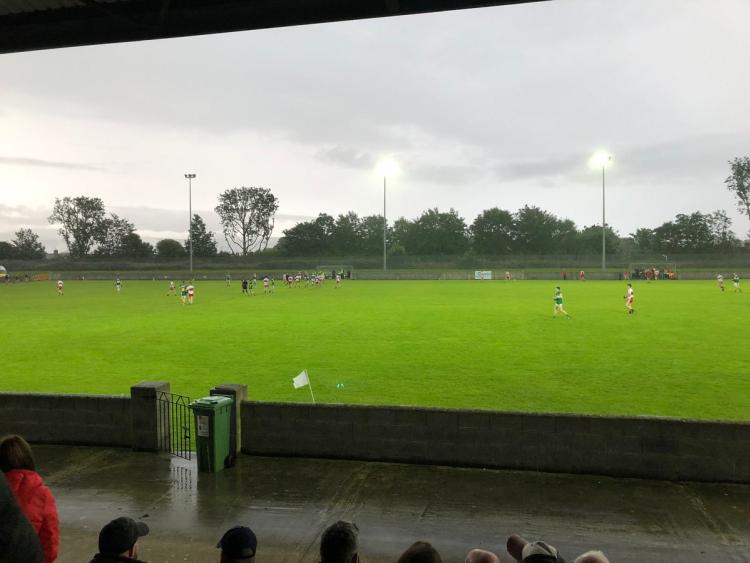 The meeting of neighbours Glyde Rangers and John Mitchel's in the Clans was called off after 15 minutes, having been delayed in starting, following consultation between referee Colin Halligan and the respective team managements.

There’s to be a stoppage. Teams walking off the pitch. pic.twitter.com/QEBay3jPM2

Glyde were leading the match 1-2 to no-score, with Conor Sheridan's wonderful goal the highlight.

Meanwhile, in Haggardstown, the clash of Sean McDermott's and St. Nicholas in group four was called to a halt at half-time, with the Seans in a 3-4 to two-point lead.

Both matches will have to be refixed, but it's hard to see them going ahead over the weekend to come.

There will be no more football in Haggardstown tonight

In tonight's other matches, Tommy Durnin scored 3-7 as Westerns saw off Annaghminnon Rovers in the Clans, 5-14 to 11 points. In Haggardstown, Lannléire had a 2-12 to 0-2 win over Stabannon Parnells.