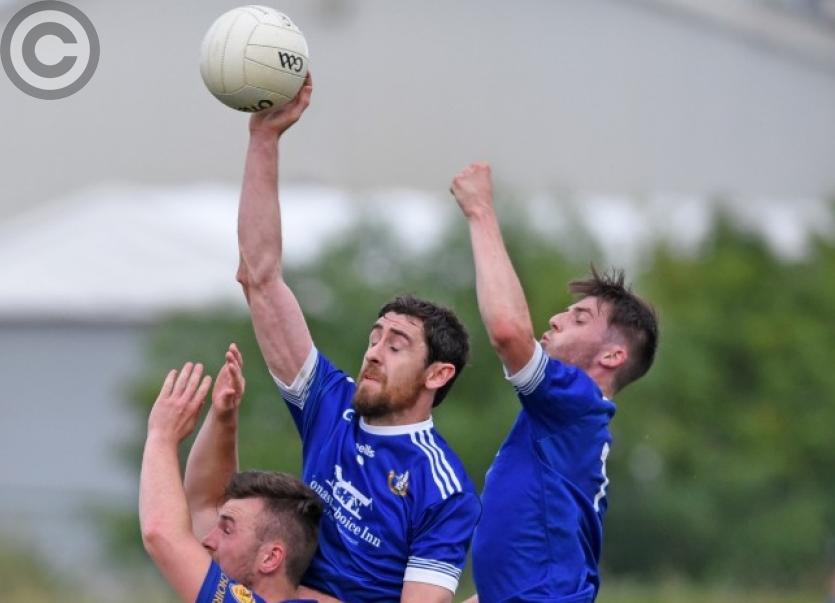 The expected outcome, by a predictable margin. Naomh Máirtín were efficient as opposed to impressive in Sunday night’s triumph against St. Joseph’s in Dunleer.

Jim Farrell’s team hit the front for the first time after 20 minutes and never looked back, with John Clutterbuck’s fine goal on the brow of the break spelling disaster for Joe’s, who had competed pretty much on par until that point.

They were helped in their efforts by a fairly lethargic Jocks start, the Monasterboice men taking until the 10th minute to register, through Sam Mulroy, in what was their only input to the match’s first five points.

But, given that these preliminaries are about just one thing, winning, last year’s senior finalists won’t give a hoot that they failed to live up altogether to their billing as Division One leaders.

Rumour has it that Brian Berrill and Thomas Sullivan are back in the country after spells away, and with Conor Whelan to hopefully return from injury, their levels will ratchet up through gears that others simply don’t possess in the weeks to come, well in advance of the knockout stages, a place in which has been all but secured through this triumph.

Joe’s, too, can count plenty of positives, especially from their first half performance. Geraldines were watching on from the sidelines and will most likely fancy their chances of pipping their Darver/Dromiskin foes in round three, if they don’t manage to prevail in next weekend’s fixture against Máirtín’s. But Joe’s aren’t ones to get fazed and Ollie McDonnell will have seen enough to suggest, particularly in forward areas, that they can do damage the next day.

Three of their five first half posts were from play - Alan Quigley, Conall Smyth and Craig Doherty taking efforts well - compared to Jocks’ conversion of 1-5, and the second period continued in an open fashion, probably to Joes’ detriment.

In saying that, Máirtín’s next goal came from the penalty spot, Mulroy sending Seamus Quigley the wrong way, and by the three-quarter mark, 10 points was in the difference; 2-10 to 0-6. While it finished at six, after Jack Mulligan’s consolation major.