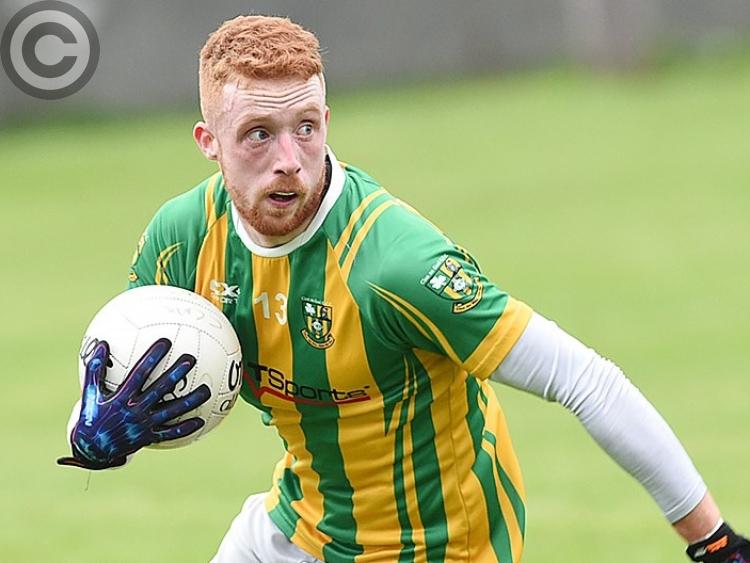 Clan na Gael took a major stride towards achieving what they failed to last year, Saturday night’s victory over Oliver Plunkett’s putting them on the verge of a place in the IFC knockout stages.

Billy Smith was Clans’ match-winner, but there was a deflated feel to their triumph following a poor second half display, in which they allowed Plunkett’s to slot seven points consec- utively to draw level in a game where the Drogheda natives looked condemned at half-time, down 0-10 to four.

And when Clans widened the gap at the beginning of the second half, minus county star Conor Early who departed through injury, Plunketts’ chance of providing the champion- ship’s first major shock looked to be up in puff.

They had chances, several of them in fact, but their tally of 10 wides, including that of Luke Haggins with the final kick, will be the factor they will rue most ahead of their clash with Kilkerley Emmets in a fortnight’s time.

On the other hand, Clans face Kilkerley next and while their display wasn’t bad in an overall sense, a more complete performance will be needed if they’re to top a group in which they are the highest ranked component.

Plunkett’s, on the back of two morale-boosting league wins, began brightly, with Early seeing a goalbound shot deflected over by Seán Smyth, but that would be the only time in which Thos Byrne’s side led.

Smith, meanwhile, was in free-scoring form, the tall attacker hitting six of Clans’ 10 first half points, spread equally from play and dead kicks. Plunkett’s employed David McTeggart on Smith, though with the incoming pass being sweetly placed more often than not, there was little the Mell man could do.

The match could have been tighter than the six-point interval margin, but Plunkett’s were wasteful in the extreme, shooting five wides and dropping a number of other efforts short. Clans, contrastingly, were off target just thrice across the hour, and never from play.

But after Smith had kick-started their second half, Seán Callaghan (3) and Cian Brady led a Plunkett’s revival which peaked with Haggins’ wonderful free conversion from along the right touchline.

Though, regardless of their momentum, they lacked the ingenuity to muster a winner, which Clans, at the third attempt, managed through a Smith free.