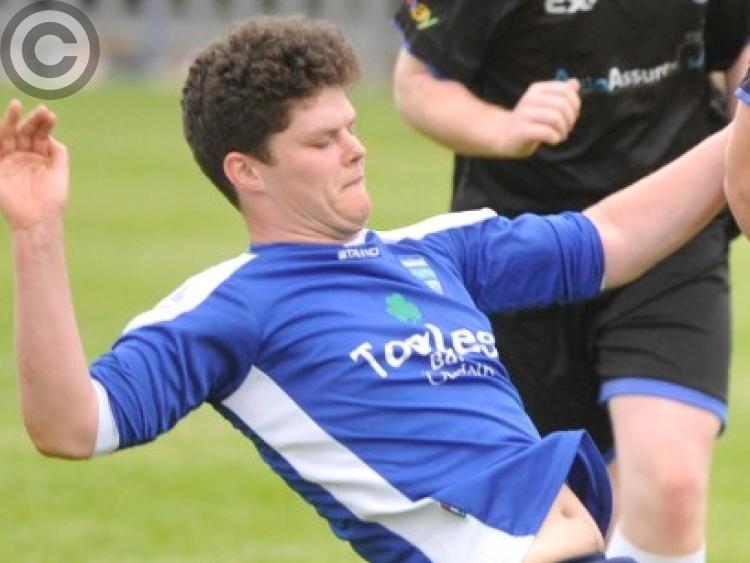 Glenmuir midfielder Danny Mullen helped his team past Rathkenny in Division 3B of the NEFL on Friday night. (Pic: Aidan Dullaghan)

Glenmuir trailed 1-0 against Rathkenny on Friday night, but their response was emphatic as they kept alive their Division 3B promotion hopes.

Lorcan Doyle bagged two for Glenmuir - who were without manager Kevin McArdle on the night - while Deane Browne continued his recent good form with a pair, too.

Midfielder Ronan Molloy struck the other as the Hoey's Lane team recorded a convincing victory.