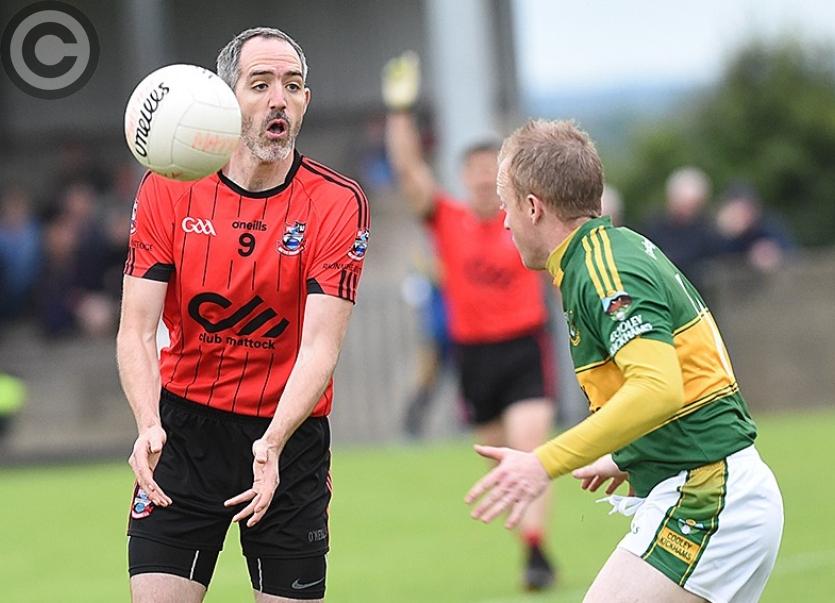 It was far from vintage Mattock Rangers, in Friday night’s Stabannon victory over Cooley Kickhams, but isn’t that just the ominous part?

Scorer-in-chief David Reid admitted afterwards that the Collon team - who enter as the intermediate championship’s highest ranked outfit - were nervous in approach and, duly, their performance suffered.

They were uncharacteristically sloppy in possession, consequentially giving Cooley passage into a game that, on the basis of the opening 10 minutes, was going to be one-sided.

The teams were level six times across the affair, though it was a measure of Mattock’s extra quality that, in spite of lacking composure, they tagged on enough points in the closing stages to fend off a spirited challenge from Kickhams, who will face Naomh Fionnbarra in round three.

Arguably the match’s finest performer was referee Des McDonald, who Reid gave an accurate assessment of, in saying: “It was hard-hitting and free-flowing, and I thought the referee did very, very well.”

Indeed, there was some needle involved and considering a fair bulk of the participants were there when these teams were competing at the top end of the senior grade, little else was to be expected. Though McDonald kept a firm grip on proceedings, sparingly using the whistle where contact was concerned.

Having got level at the interval - 0-6 all - from an early three-point deficit, Mark Copeland’s Cooley earned the lead on a couple of occasions in the second half, but, with the match up in the air, they, crucially, spurned glorious scoring openings.

In saying that, Mattock ought to have been out of sight, with Aaron O’Brien and Shane Hickey unable to convert clear-cut chances themselves in a tetchy first half. This, married to their cheap giveaways of the ball, prevented the 2016 finalists from building on a positive start.

“In fairness to Cooley, they punished us,” Reid, five of whose six points came in the second half, added.

“I think we counted four scorable chances they got from our turnovers. We addressed it at half-time and I thought in the second half we dominated for long periods.

“There is merit in grinding out a result.”

The juncture at which a Mattock win became evident came with less than five minutes to play, as ’keeper Mike Englishby pulled off a flying stop to deny Cooley substitute Joseph Quinn’s directed effort. Just a point stood in the difference then, but three of the subsequent final four were delivered by the Reid brothers, David (2) and Adrian, as the winners, in typical style, ruthlessly closed out the encounter.