INSIDE TRACK | Eamon Carroll Memorial Challenge had a mixture of everything, writes Joe Carroll 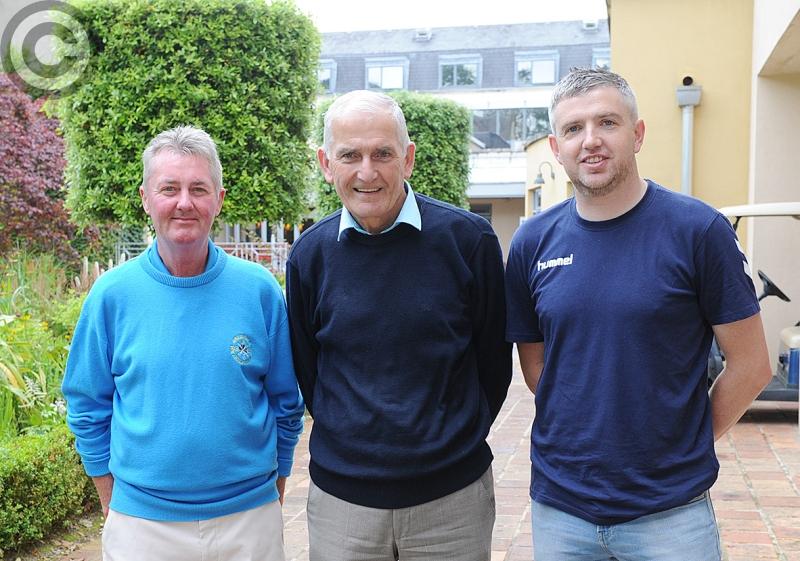 The Eamon Carroll Memorial Challenge, commemorating ‘the young man’ - as this page likes to call him – had a mixture of everything, golf, penalties, free-kicks and tipping (as in, finding the winners of greyhound races). Saturday’s day-long programme, staged at different local venues, attracted 29 four-person teams, and the emphasis was on fun.

Skill, of course, was required, but no one person needed to excel at all four disciplines. The golfer covered the first nine holes at the beautifully groomed Ballymascanlon Hotel course, the penalty-taker saw action at the home of Bellurgan football club, and it was at St. Patrick’s GFC’s Lordship pitch where the free-taker tried to get the ball over the bar. Where else but Dundalk Stadium for the tipster to scan the fields?

It was in the Bellurgan FC clubrooms where the idea of having the Challenge was hatched a number of months back. Martin Finnegan, Colm Woods, Seán O’Connor and the rest had form, as they say, having over the past three years run a weekend of events in the name of Ciarán Casey, a former player of theirs whose untimely death took place in early 2015. A quiz along with five-a-side competitions for adults and children formed the programme with all proceeds going to charity.

St. Pat’s were enlisted for this latest presentation, and as raffles invariably form part of the fund-raising drive, the search was on for suitable prizes. Well, it wasn’t really a search. Seán O’Connor has a leg in the Manchester United and City camps in his role with StatSports, and signed jerseys were quick to become available.

Rob Kearney didn’t have to be asked; on hearing that the day commemorated a former opponent of his on the Gaelic football field and golf course, he had a jersey, signed by the entire Ireland rugby panel, dispatched to the organisers. It wasn’t just any jersey, but the one the country’s most capped full-back wore against Wales in the concluding game in this year’s Six Nations.

It was agreed that the leading golf score of 25pts was very good; and while neither of the maximum scores on the football fields was achieved, there was still some sharp shooting. Pat’s player, Daniel O’Connor, trading on a pitch he knows well, had no peer with the frees, and three contestants got 21 points from a possible 30 taking penalties. The latter faced formidable opposition in the shape of Neil Gallagher, Seamus Quigley and Martin McEneaney.

With 10 points available for every race, with the exception of the Carroll Memorial final – it had 20 points – the greyhound racing was always likely to decide the issue. Maria O’Connor had her thinking cap on, helping to win the title for StatSports. Her husband, Seán, brother-in-law Daniel, and Laura Grills, the penalty taker, completed the team. Point Road Petes (Adam McDonnell, Keith Stewart, Peter McDonnell and Pamela Goss) took the runner-up spot, and Clan na Gael were third.

It was a unique, fun-filled event, well organised and generously supported. All money raised is going to a local charity.