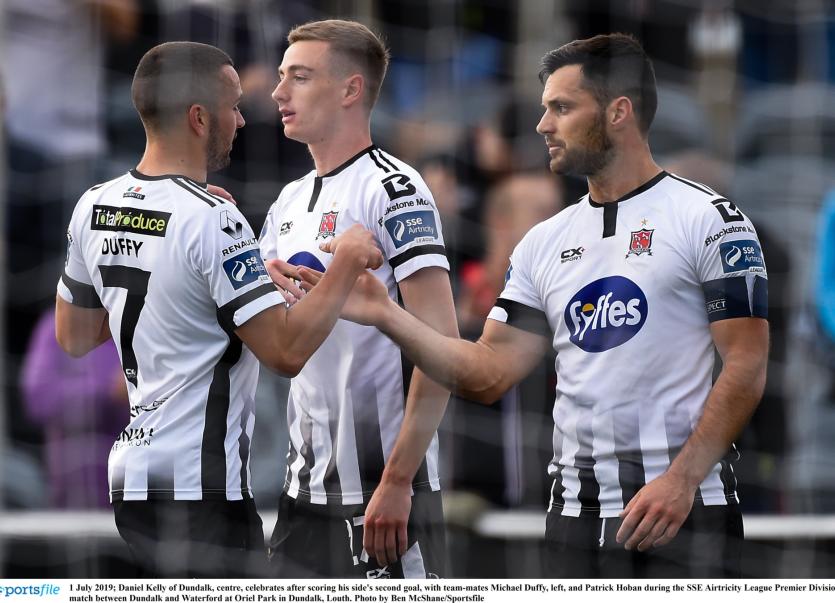 Dundalk FC made it eight SSE Airtricity League Premier Division wins in a row as they maintained their eight-point lead at the summit with an easy 3-0 success over Waterford at Oriel Park on Monday night.

Vinny Perth’s side got off to a dream start when Seán Gannon’s second-minute cross was dealt with poorly by the Waterford defence and the ball bounced in off Kenny Browne.

Dundalk rattled the net again on 10 minutes when Patrick Hoban tapped in at the back post, but he was adjudged to be offside in a marginal decision.

Midway through the half, Hoban should have made up for that when Patrick McEleney’s pass left him in on goal, but the club’s record goalscorer was denied by the alert Matt Connor.

The defending champions eventually made it 2-0 on 24 minutes when Hoban’s cross was finished by Daniel Kelly at the near post. Waterford almost responded when JJ Lunney struck the underside of the crossbar, but the hosts took a comfortable lead into the break.

Alan Reynolds changed his approach at the interval, but Dundalk were never in danger, and they added a third on 66 minutes when Jamie McGrath got a deserved goal as he struck to the empty net. 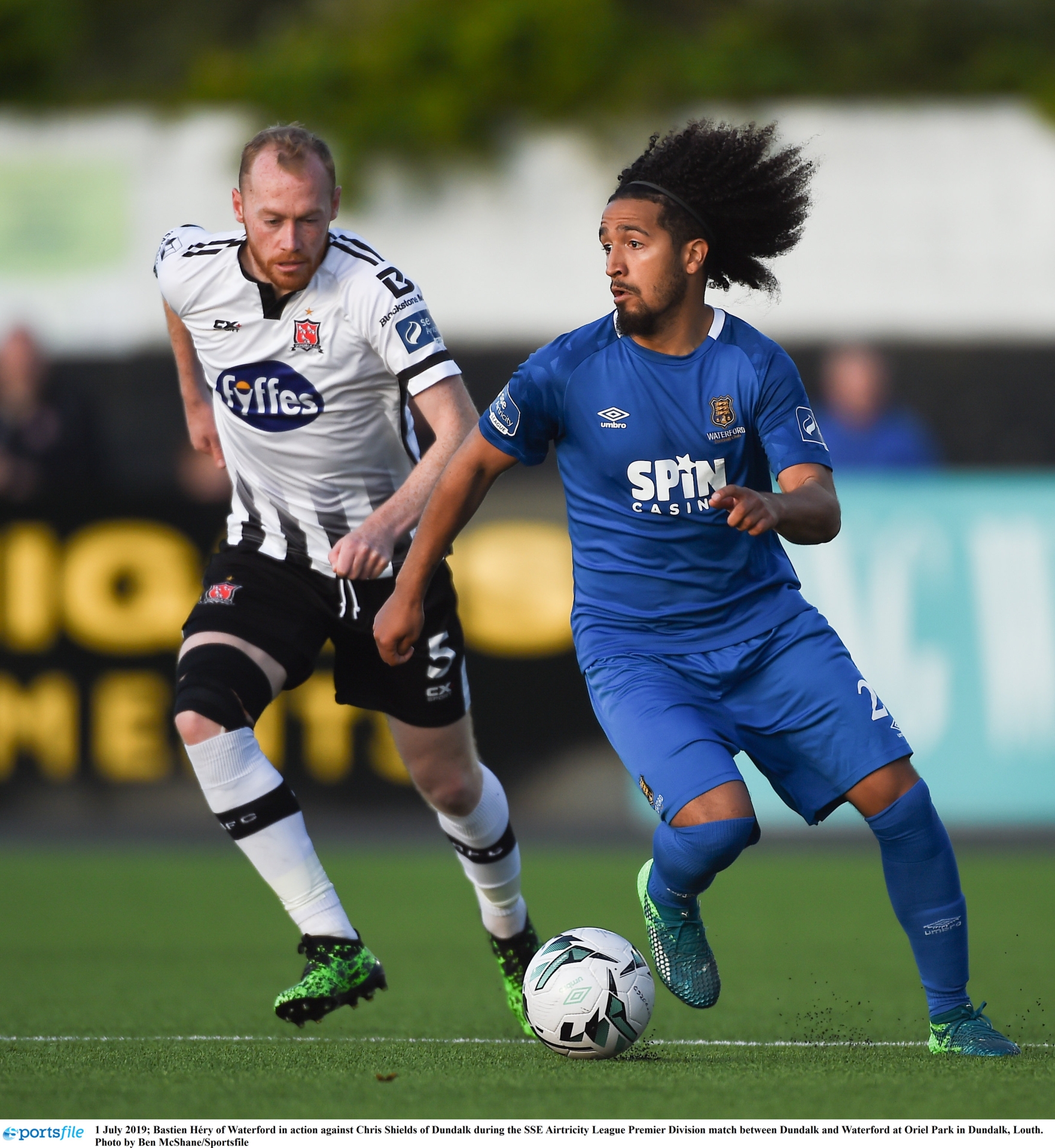 McGrath was the key to that success in the capital and he earned a start ahead of Seán Murray. Kelly came in for John Mountney, who was not named among the substitutes, while Daniel Cleary and Dean Jarvis returned from suspension to replace Brian Gartland and Dane Massey.

Dundalk had plenty of joy already against Waterford this season, hitting seven goals without reply in the previous two meetings, and here they were in front within two minutes.

Gannon’s cross was not dealt with and a mix-up between Connor and Browne ended with the ball going in off the centre-half.

The league leaders had the ball in the net again on 10 minutes when McEleney’s lofted pass picked out Kelly in the box and he squared for Hoban to tap in at the back post, only for the linesman’s flag to deny the striker. 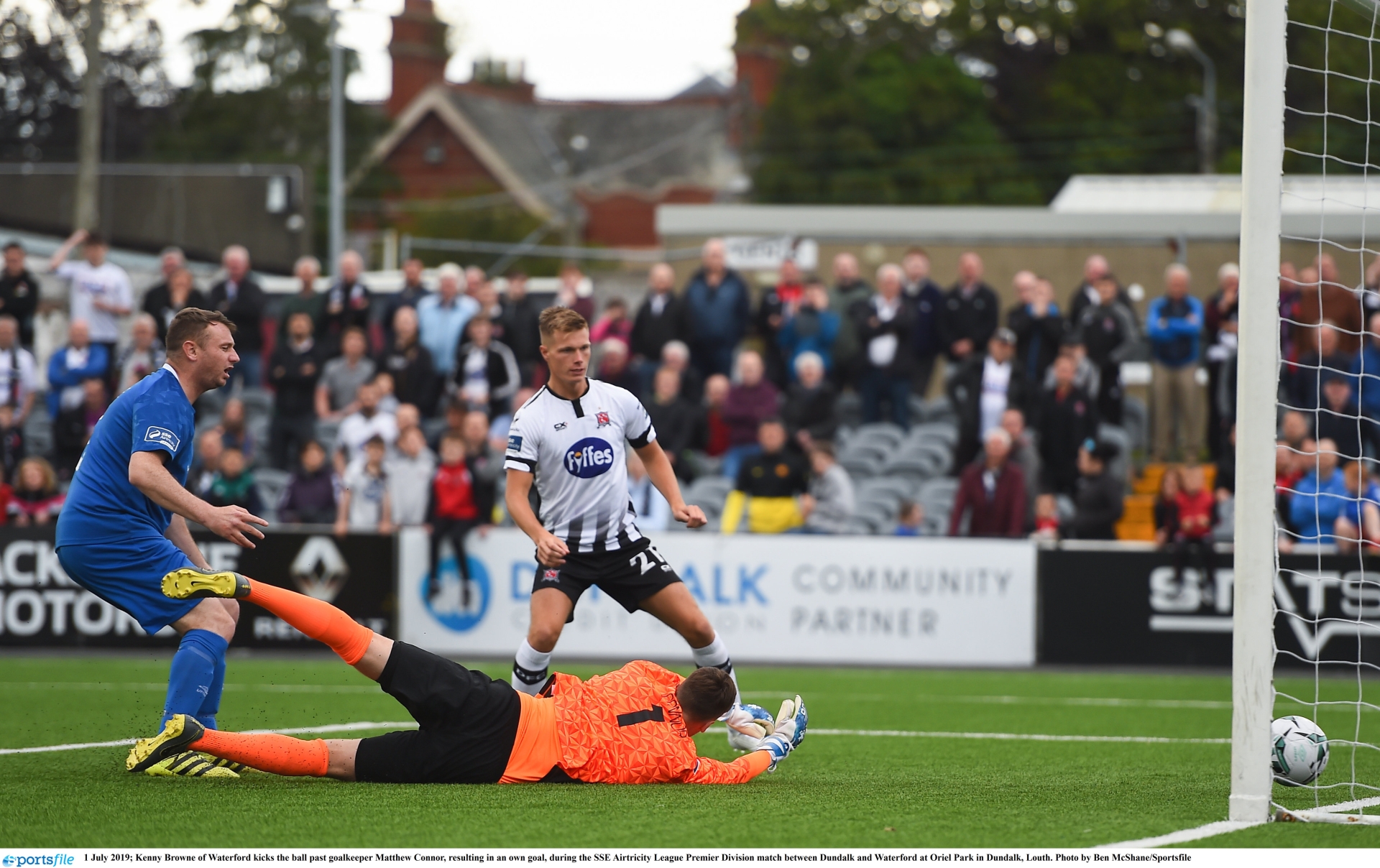 Either McEleney or Hoban really should have connected with Seán Hoare’s low delivery across the six-yard box, as Dundalk looked to put the game to bed early.

On 22 minutes, they again should have added a second when McEleney played in Hoban but he was denied by a smart Connor block.

But two minutes later, it was 2-0. Hoban picked up possession close to midfield and surged forward, with his cross from the left fired in at the near post by the lively Kelly.

Dundalk were dominant, but their advantage was almost halved on 31 minutes. Kevin Lynch’s cross into the box was met by headers from Dean Walsh and Rory Feely, the latter knocking the ball down for Lunney whose rising shot bounced off the underside of the crossbar and out.

At half-time, Waterford changed tactics, with Cory Galvin introduced for Browne as Feely reverted to the backline.

However, they posed no threat whatsoever. After Hoban struck narrowly wide from 20 yards, Dundalk put the result beyond any doubt in the 66th minute when Duffy’s cross was punched by Connor only as far as McGrath who finished with ease.

That allowed Perth to empty his bench as Robbie Benson and Murray gained more valuable game-time.

Shane Duggan almost grabbed a consolation for Waterford with a stunning 85th minute strike which again rattled the underside of the bar, much to the midfielder’s frustration.

However, it was all about Dundalk, on a night when the league leaders moved another step closer to a fifth title in six years.