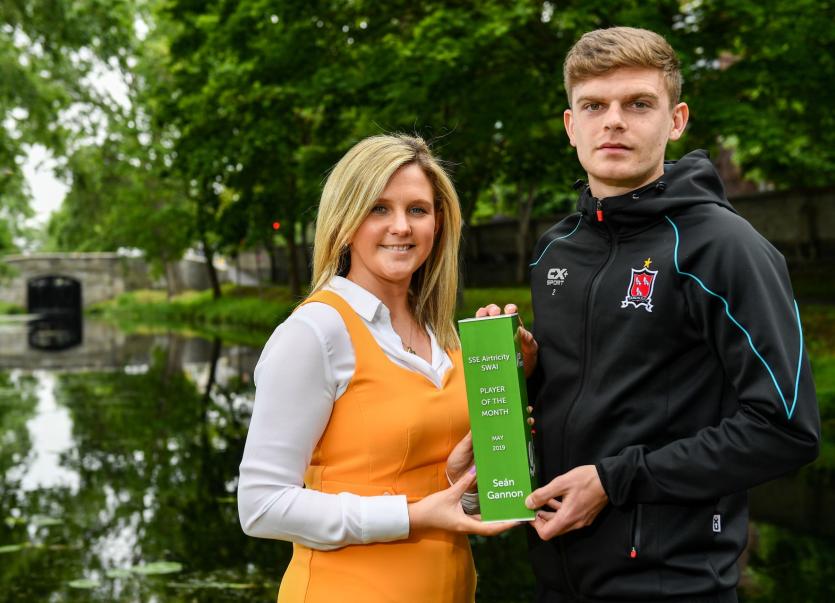 Dundalk FC's Seán Gannon has been named the SSE Airtricity League/Soccer Writers' Association of Ireland Player of the Month for May.

It's the right-back's first claiming of the monthly gong, despite him being one of the league's most consistent performers over the last five years.

Gannon was his ever-reliable self on the right side of Dundalk’s backline as they enjoyed an unbeaten month with six wins and a draw.

Vinny Perth’s men sat top of the table at the end of May, and Gannon is aiming to earn his seventh league title, a fifth with Dundalk, this season.

“There are so many good players in the league,” a modest Gannon said. “The competition is always very high, so I’m just delighted to win one.

“It could have gone to any one of the lads who were nominated as they all had brilliant months. So I’m happy with the result.”

In winning the award, Gannon beat off competition from Daniel Mandroiu of Bohemians in second and Shamrock Rovers full-back Trevor Clarke, who was third.

“I’m happy with how I’m playing,” he added. “One thing that has been evident this year is that our squad is very strong. No matter who’s playing, the pressure is on to perform because if you’re not then someone will be in ahead of you.

“That competition has been healthy, and it has spurred a lot of us on to lift our game again.

“We’ve no game this week so that gives us a chance to work on things as a team, then we have the break next week before a big game against Shamrock Rovers in Tallaght.”