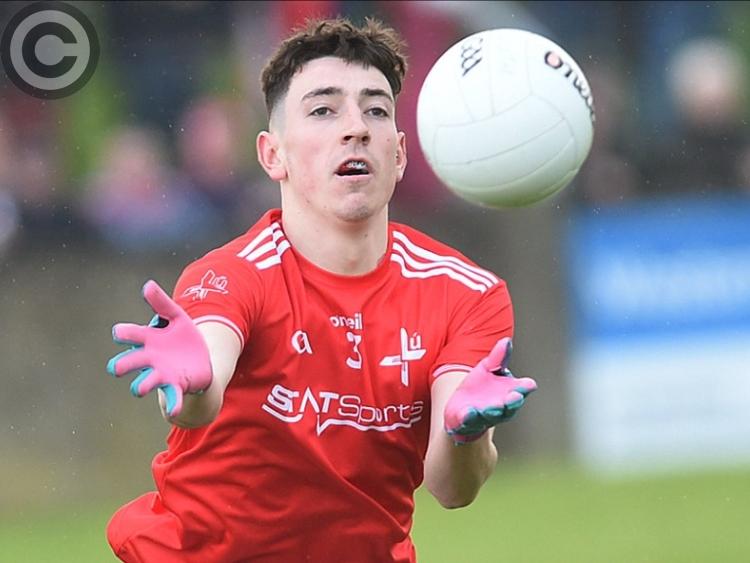 Fergal Donohoe was full-back for Louth in Saturday's defeat to Antrim - a game which has triggered calls for a major review into the state of Louth GAA. (Pic: Arthur Kinahan)

Wayne Kierans says Saturday’s All-Ireland qualifier defeat by Antrim ought to be the trigger for a mass movement in the county.

Louth’s senior, junior and minor footballers are all out of championship contention, as are the hurlers, while the U20s have shipped three heavy defeats in the league.

Ahead of tonight’s bizarrely postponed County Board meeting, Kierans admits a ‘back to the drawing board’ exercise mightn’t go amiss if the Reds’ fortunes are to improve.

“All the stakeholders have to come together and try to map out a future for Louth football - particularly our players,” he told The Democrat.

“We have to get together and say: ‘what can we do better?’. That needs to happen and I think it will happen.

“It’s (the Antrim defeat) a steep learning curve and there’s an awful lot of things we have to fix in the county, namely better performances from my and the team’s point of view: that’s my job.

“Last year was difficult, this year was difficult, it’s not easy when you’re continually losing games. I know we’ve stopped losing as many games this year, but the positivity of the league is pretty much washed away in my eyes and that’s annoying because we’d something half-decent to build on from the league.”

Requested to comment on Louth’s miserable qualifier record, of just three wins since 2007, Kierans was straight to the core of the issue: “I think it speaks for the culture of the county in that we don’t seem to want to do well or can’t do well in championship football.

“I don’t know how it’s going to change, to be honest.”

Meanwhile, Antrim boss Lenny Harbinson - a former Dundalk Gaels supremo - referred to his team’s win as a “high point” in an otherwise disappointing campaign, that saw them exit the Ulster Championship heavily against Tyrone.

“We rode our luck here today. Let’s be honest, Louth hit the post in the first and second half.

“A few things went our way, but we worked hard and ground out a result.”

The victory was Antrim’s first in the qualifiers since defeating Laois in Portlaoise four years ago.