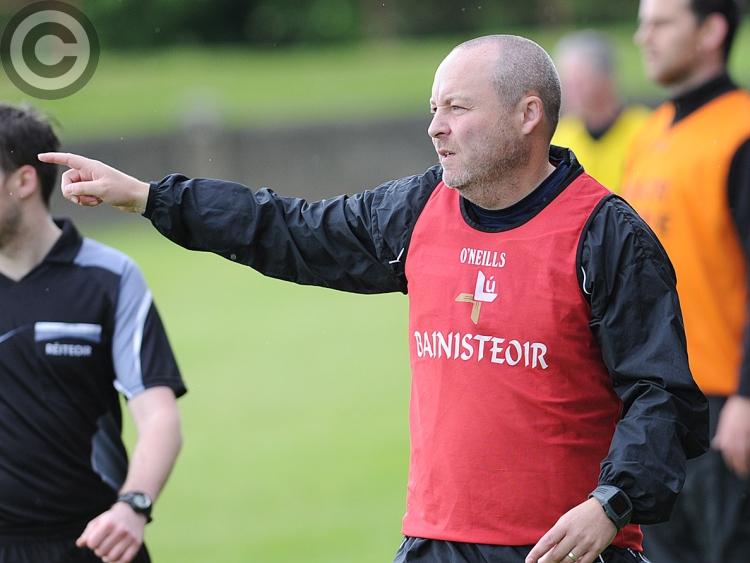 Louth manager Wayne Kierans wants his side to progress in the All-Ireland qualifiers, starting with this weekend's tussle against Antrim in Drogheda. (Pic: Arthur Kinahan)

Wayne Kierans has compared the challenge Antrim will present on Saturday to the one Wexford posed in May’s Leinster Championship and knows anything bar a strong performance could see the Reds exit the race for Sam Maguire.

The Louth manager has been happy with the reaction of his players since the 26-point defeat by Dublin a fortnight ago and says the players are in good spirits ahead of this weekend’s match in Drogheda - where they will have trained twice in advance of hosting the Saffrons.

Kierans has a full panel to choose from, every player still making themselves available, something which the O’Connell’s clubman credits the camp’s upbeat environment for.

Indeed, it’s that type of positivity which, Kierans insists, adds meaning to Saturday’s tussle from a Louth point of view.

“It’s a winnable game and Antrim will see it the same way, probably,” he told The Democrat.

“I shouldn’t be surprised with the negativity in Louth football, but I was a bit surprised at people thinking that ‘it’s only the qualifiers, let’s forget about them’. It’s certainly not what we’d be thinking.

“There seems to be a lot of negativity around what you’re going to get out of the qualifiers as you progress - I don’t see that at all. As you progress the calibre of opposition will be that wee bit stronger, but I would be looking at it as these are more All-Ireland Championship games that we want to perform in.

“I would like to think that we could break through that ceiling and move on in the qualifiers.”

The ‘ceiling’ that he speaks of seems to be of a glass fabric. Louth have won just three qualifiers in 11 seasons, with last year’s victory over London being their only triumph since the 2015 defeat of Leitrim.

But this type of run isn’t the only thing Kierans and co want to correct. Their performance against Dublin was sub-par and addressing that is of paramount importance.

“The season won’t be defined by the Dublin game and that was a good angle from the players and ourselves (management) after the game. We don’t want that performance to define our season so it’s all positive and about looking forward.

“There wasn’t really wreckage (after the Dubs’ game). As disappointed as we were, once we got out training on the Tuesday night the wreckage was gone and it was about looking forward to the next game.

“The fact that the draw was so close to the weekend gives everyone a boost and you know you have to get back out and going.

“We analysed the game, there is no doubt about that, and we all know the things we have to improve on without too much analysis.”

The game will be refereed by Monaghan’s Martin McNally.