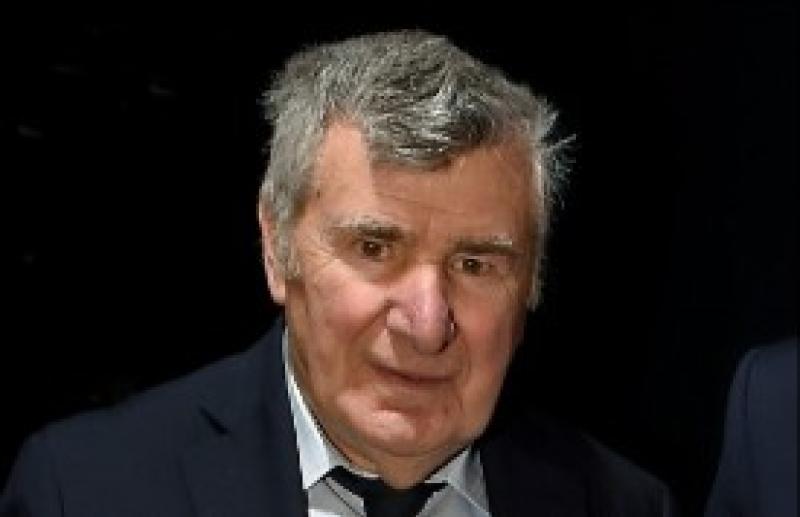 Jim McLaughlin was honoured as one of Foyleside’s finest sons last Wednesday night when receiving the Freedom of the City at a function at Derry’s Guildhall.

Jim McLaughlin was honoured as one of Foyleside’s finest sons last Wednesday night when receiving the Freedom of the City at a function at Derry’s Guildhall.

The legendary League of Ireland player and manager - who guided Dundalk FC to three leagues and FAI Cups in his term as boss through the 1970s and early eighties - led his hometown club, Derry City, to a historic domestic treble in 1989.

He remains the only Derry manager to achieve the feat.

As a freeman of the city, he joins an elite group of just 40 previous recipients. These include political figure John Hume, former Catholic and Church of Ireland bishops, Edward Daly and James Mehaffey, and former British Prime Minster Winston Churchill.

McLaughlin was joined at the gala by his wife Reina, sons Paul, Seán and Martin, daughter Jane and seven of his grandchildren.

“The whole family were up and it couldn’t have gone any better,” Martin told The Democrat.

“It’s a great honour for the family and, most importantly, for himself.

“Every achievement has just been a bonus and this has just topped it off for him, especially because it’s where he grew up: it’s more significant; a topper because not too many have got it.

“He knows nothing but Derry even though he’s had such a long connection with Dundalk and we’ve lived here all our lives mostly.

“His whole upbringing was Derry. He’s born and bred in Derry, his family are from Derry, it’s just an extra highlight in his career, and to do it (treble) in Derry was the icing on the cake.”

Local councillor Seán Carr originally proposed that McLaughlin should be conferred with the prestigious honour, saying: “He is one of Derry’s most successful sons. No matter where he plied his trade, Jim’s heart was always in Derry. His passion for Derry made us the only team to win the treble.”

McLaughlin, who still attends matches at Oriel Park, is said to have been delighted with his recognition, but Martin took satisfaction from the reference paid to his mother on the night.

“All his life, she’s been there through thick and thin, and seen it all from behind the scenes,” he added.

“In my eyes, every good man has a good woman and she’s always been there.”