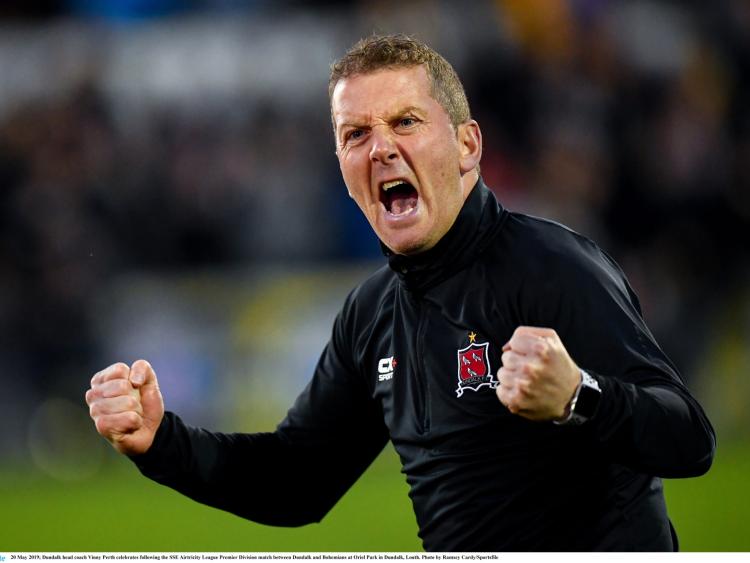 Vinny Perth impresses as the intense-type, whose insatiable hunger for success and relentless strides in pursuit of the next level doesn’t ergonomically lend itself to enjoying the here and now.

The Dundalk FC head coach has sometimes freed his emotions after big wins, Sportsfile’s photographers having regularly snapped the Dubliner releasing roars of approval at his club’s supporters in the trend of a bleeding radiator; one rush of energy quickly followed by a trot away from the limelight.

Regardless, there is no getting away from the tremendous job that he’s done thus far. As local Extratime.ie journalist Niall Newberry recently disclosed, Perth’s record of 12 wins from his first 18 league games in charge is equalled only by Alan Fox in the Lilywhites’ history of chiefs.

That was before he picked up win No.13 against St. Patrick’s Athletic at Oriel Park last Friday night - a result which means Sligo Rovers, this week’s opponents, are the only Premier Division side Dundalk’s supremo is yet to taste victory against since assuming the reins.

Luck was always going to be a pertinent factor in Perth’s early days at the club. Taking over from Stephen Kenny at Dundalk was a task not unlike assuming Alex Ferguson’s mantle at Manchester United. Despite there being a wealth of talent at the successor’s disposal, the heft of expectation can often weigh a load too much.

Yet how one gauges the measure of fortune Perth has enjoyed is very much down to individual perception. 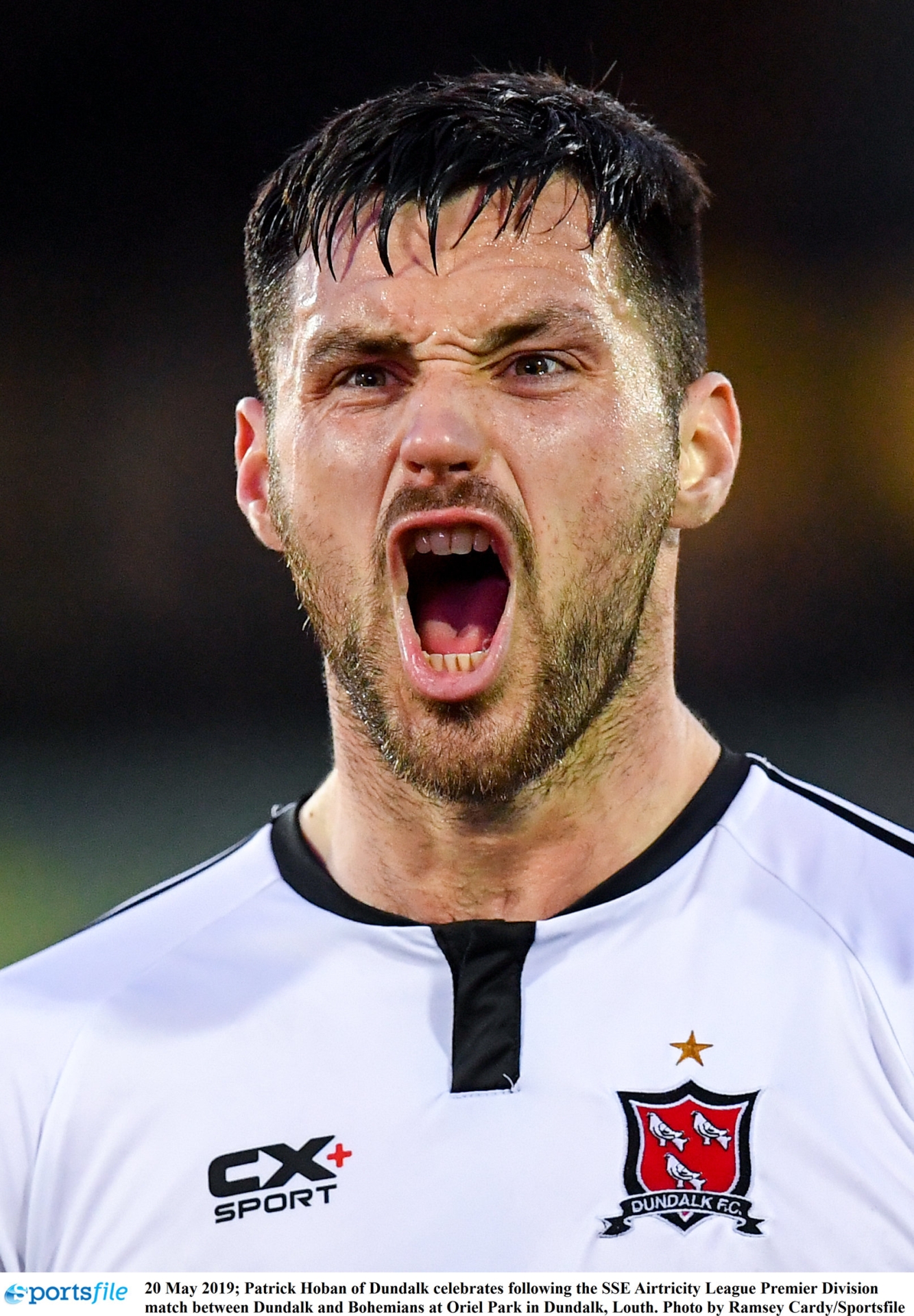 Kenny once quipped that Cork City would earn a penalty if an empty crisp packet blew across the Shed End of Turner’s Cross. Indeed, the Lilywhites often went through spells where it seemed harder to win a spot-kick than games themselves.

There have been no such issues this term, under Perth. Dundalk have won nine penalties in 19 games and while three have been missed, many of the others have either altered the course of games or, as was the case against Bohemians last Monday night, saw Patrick Hoban deliver a knockout blow.

Of course, the majority of the awards were justified and consequences of Dundalk dominating the play, but this type of reliance on opponents making glaring errors is in contrast to the Lilywhites of prior seasons, the one which regularly steam-rollered all who stood in their way.

Perhaps this is indicative of a more resilient Dundalk, one which continues to pound resistance until a gap is perforated and the aim becomes a reality. Perth’s character is embodied by determination and it’s becoming a recurrent trait of his team, too; Friday night’s late victory being evidence of this.

Word is that in a players’ meeting on the weekend of Kenny’s departure last November, there developed an intensity in the room as the double-winners promised themselves that the great success would continue in spite of a change at the helm. The king may be gone, but the kingdom remains intact.

And this leads nicely into the other side of Dundalk’s coin of luck, 2019. What do Dean Jarvis, Michael Duffy, Patrick McEleney, Seán Murray, Jordan Flores, Robbie Benson, Jamie McGrath, Chris Shields…. have in common?

They’ve all been injured this term and missed series’ of games. Yet, apart from a hiccup in early April which yielded a pair of deflating defeats, to Pat’s and Sligo, Dundalk have stumbled through without falling to their knees, gradually regaining balance with every passing, more positive week. 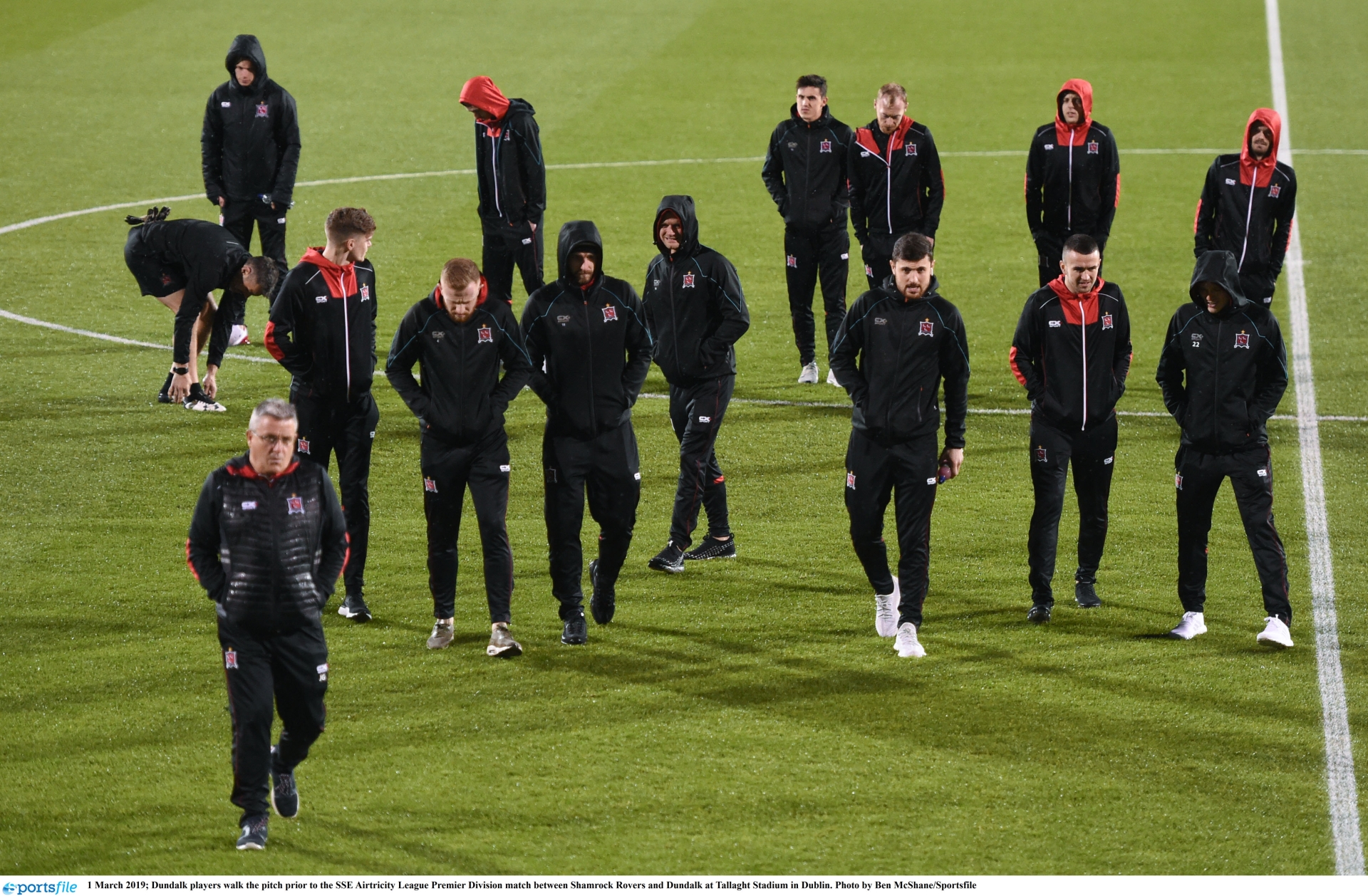 At the same time, Rovers hit a speed bump and were sent flying forward. Three losses in quick succession meant only their seatbelt prevented them from shattering the windscreen, but they’ll know another acceleration over a mount - considering

Dundalk are travelling smoothly all of a sudden - will ensure their title aspirations are sprawled across the bonnet.

It’s somewhat extraordinary that Dundalk, with a new main man and given all of the mitigating factors which would have shuddered others into a fully-blown crisis, remain the League of Ireland’s chief whip, the team towering above the rest.

And forget about the arguments over their financial clout and all the rest. It takes some resolve and unity for a side riddled with rookies in key positions to negotiate a sticky patch like they did, in the knowledge that experienced performers, double-double winners in some cases, would soon return to steer the charge.

Perth, ultimately, deserves serious credit for this. While he obviously had a trust and relationship with the players from his time as Kenny’s lieutenant, it’s different when hard calls have to be made and your approach has to change. Coaches don’t always make managers, or good ones anyway.

In terms of Dundalk’s season, a lot is going to depend on what side the coin falls on; good luck or bad. But, in any case, Perth looks to be everything David Moyes wasn’t. Capable.