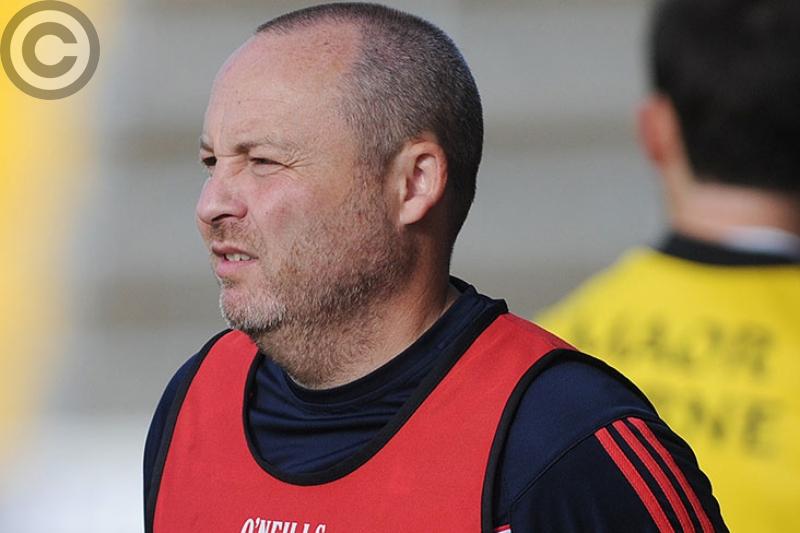 Wayne Kierans watched his side fall to a heavy defeat against All-ireland champions Dublin on Saturday night. (Pic: Arthur Kinahan)

The Wee County went down to a 26-point defeat in Portlaoise as the All-Ireland champions - who lost forward Paul Mannion to a red card in the first half - began their Leinster title defence by scoring 5-21.

Kierans’ first championship defeat as the Reds’ supremo, he felt his side failed to show the quality they possess in scoring just 10 points.

“I don’t think it could have gone any worse… maybe if they had to have 15 men,” Kierans told The Democrat.

“It was pretty bad from our point of view. Obviously, they’ve serious quality and it was a real eye-opener up close to see how good they are.

“That wasn’t really a surprise, but the surprise is that I thought we could have more quality and that’s the annoying thing. I wouldn’t have underestimated how good they are, but I underestimated how much they would put us under pressure to force mistakes - and we made an awful lot of mistakes.”

He added: “They got eight scoreable frees in the first half and kicked every single one of them. I suppose you can cry and whinge from our point of view as to whether or not they were frees, but their quality just put you under pressure.

“You’ve no foothold in the game when you concede eight scoreable frees and to concede eight of them… Fergal (Sheekey) and the defenders did well to keep them at bay with a few goal chances, but once they get to seven-one and get ahead, it’s very difficult.”

Kierans accepted that, in reality, Louth were never going to have enough to defeat the Dubs, but was adamant that they could put up a better showing than they did when previewing the affair.

On this, he said: “It wasn’t the score that would determine whether it was reasonable or not.

“We always knew it was going to be a tall order to beat them on the scoreboard, but we have to look at our own situation and decide whether we performed or not and did we show any quality?"

“Unfortunately, we showed very little quality and it’s certainly not through a lack of effort.

“Their ability to put you under pressure is the bit that I probably underestimated - and they forced mistake after mistake. The confidence is then really low and more mistakes happen.

“Fair play to the boys, they kept going and got 10 points on the board, but it was immaterial.

“They’re supreme athletes, but the fact that they’re so in-tune with what they’re doing; their processes, as they would call them, are just so far down the line. They obviously watched us through the league and put is under pressure in the areas that we were good at.

“They went after our kick-outs straight away and we found it difficult to win any of our medium-to-long kick-outs.

“While it was a chastening experience, I’d still rather the experience of going and seeing where we’re at. I wanted the situation to be: they’re an awesome outfit, but we did x, y and z right - but we didn’t and that’s the annoying thing.”

Louth will find out their qualifier fate when the draw takes place on Monday morning.