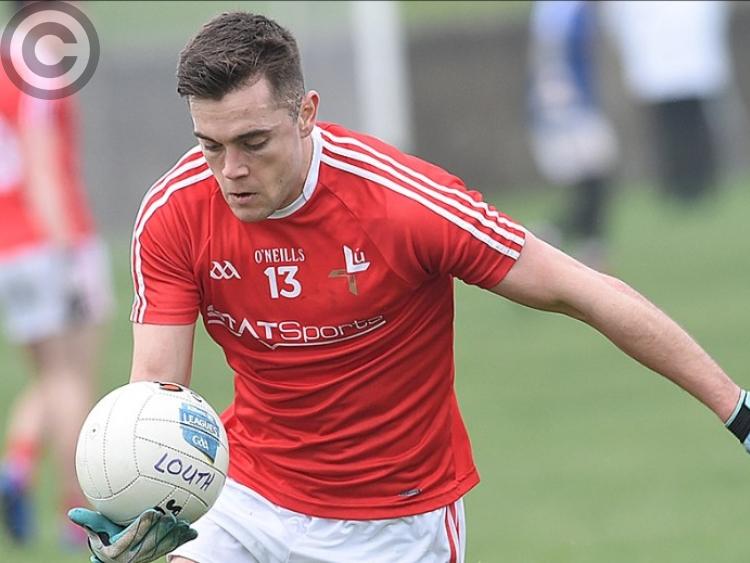 If Louth were going to be beaten here, a quick, mercy kill would have been the ideal outcome. Had Dublin blazed in a few early goals, instead of Fergal Sheekey repeatedly intervening, it may have been easier to watch. Hardly, but just maybe.

Jim Gavin's All-Ireland champions led the affair 1-12 to four points at half-time, nine of the Sky Blues' points having come from the boot of their prolific free-taker, Costello, who finished with 1-12.

His first - a 45 - levelled the early advantage Louth had, given to them in the second minute by Ryan Burns. The Hunterstown man kicked another in the first half, while Andy McDonnell and Jim McEneaney hit the Wee County's others.

But it took 18 minutes from that opening effort for the Reds to score again, in which time Dublin had struck seven times.

The winners lost Paul Mannion to a red card on 25 minutes - Conall McKeever on the receiving end of a woeful, head-high challenge - but having struck the goal they had threatened, albeit the final touch was off Louth full-back Emmet Carolan, losing a man made no impact.

Brian Fenton scored Dublin's second major four minutes into the second half, after another pair of Costello frees, as Louth were made to wait until the 47th minute to open their account after the break, when Jim McEneaney chipped over.

At that stage, the Reds trailed 2-15 to five points and the gap grew to 19 when substitute Michael Darragh McAuley palmed home Dublin's third goal.

There was a brief Louth rally, which brought their tally to eight, but only in between two further Dublin majors - Costello shooting home minutes prior to another reserve, Philly McMahon, picking his spot in the bottom corner.

Twenty-six points separated the sides at the finish. Nightmarish.