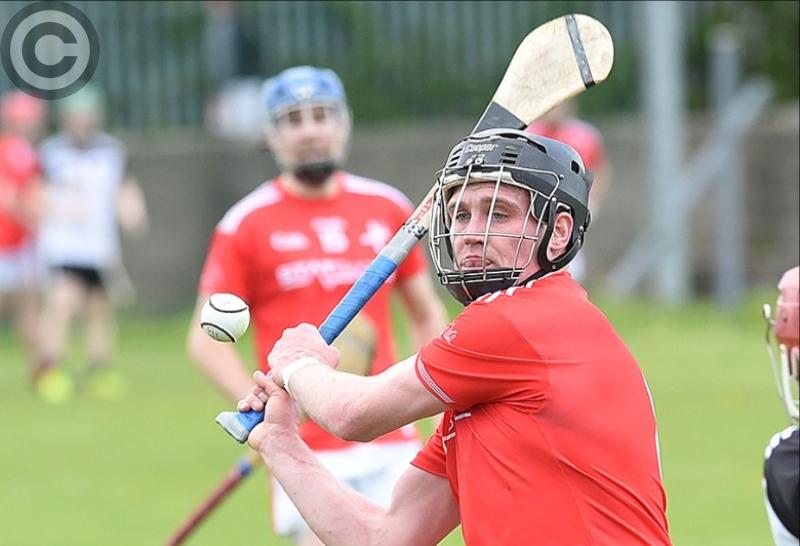 David Kettle was part of the Louth team that suffered a heavy Nicky Rackard Cup defeat to Mayo this afternoon. (Pic: Arthur Kinahan)

Louth hurlers will face Tyrone on Saturday week knowing only victory will prevent them from a Nicky Rackard Cup relegation play-off after suffering a heavy defeat against Mayo in Castlebar today.

Paul McCormack made seven changes to the side that lost to Sligo in round one, but despite trailing by just four points at half-time, the Reds imploded during the second half, conceding 2-8 on the trot in the third-quarter.

Once again, teenage Maomh Moninne clubman Darren Geoghegan led the Louth charge in front of goal, hitting seven points, but the Wee County were always chasing the game, even though they were competitive during an entertaining first half.

Darren O’Hanrahan gave Louth an early lead, with the opening point, but that would be the only time in the contest where Mayo trailed and they recovered to hit five points in a row before Geoghegan stopped the rot from a free.

Trailing 0-11 to seven at the turnaround, Mayo having registered the half’s final two points, Louth fell apart at the beginning of the second period and trailed 3-19 to 0-7 by the time Geoghegan got their next score.

Seaghan Conneely got a consolation goal before the finish.

Louth’s next game, against the Red Hands - who lost to Sligo on Saturday, takes place in Omagh.