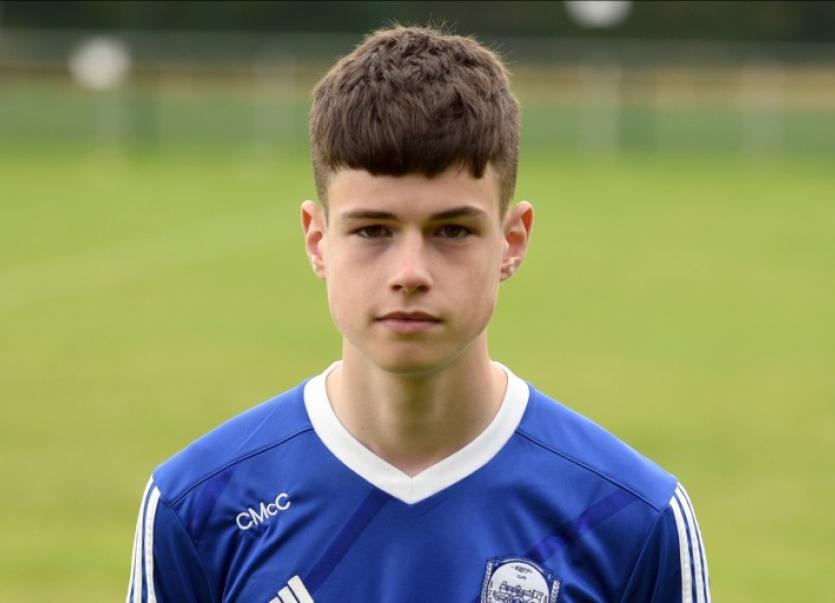 Louth U17 manager Gus Flynn feels his team’s underwhelming victory over Kilkenny a fortnight ago is “probably the best thing that ever happened to us”.

The Wee County face Kildare at Páirc Mhuire, Ardee, on Wednesday night seeking to all but secure their passage into the knockout stages of the Leinster Championship. However, they oppose a Lilywhites outfit who recorded an eight-point round one win over Wicklow.

Flynn expects captain Conall McCaul (St. Joseph’s) to be available for tomorrow’s game, having recovered from injury to partake in training over the last week, but club-mate and centre-back Michael Staunton will be absent.

Ardee St. Marys’ Carl Gillespie is the only other player ruled out, Flynn admits, but the Mattock Rangers clubman does expect there to be changes, with an emphasis on his side improving their defending.

“We conceded three goals against Kilkenny; 3-8 would win most games,” he told The Democrat.

“Holding our shape at the back and not getting dragged out of position (is required), we have the forwards to do damage up front, so we need to close it out at the back.

“We’ve worked on our own game-plan, a lot of it didn’t go right against Kilkenny. We got off to a good start, but drifted away from our game-plan, so we’ve spent the last couple of weeks trying to reinforce that. It seems to be coming right over the last few nights at training.

“Had we won the Kilkenny game by 20 points everyone was going to say that that was expected and the lads would have been happy, but the fact that we conceded so much and that there were only eight points in it, they realise that there is a lot of work to be done.

“I think it’s probably the best thing that ever happened to us.”

Yet there were still individual displays that Flynn felt pleased with at Nowlan Park, St. Josephs’ Ben Coller and Luke Matthews, who will play on home turf on Wednesday, being the obvious two, considering they contributed 1-3 from play each and 2-10 combined overall.

However, the manager was keen to underline the efforts of others, too.

“I thought Donal Leavy (Geraldines) was very good. He’s had some injuries and only seems to be getting his sharpness back now. He’s a very intelligent footballer who can win a ball and see a pass very quickly. I’d certainly have been impressed with his performance.

“I thought James McDonnell (Roche Emmets) did well in the backs for us, he’d have been one of the better performers.

“Thomas Rice (Sean O’Mahony’s) gave a good shift in the middle of the field and Niall Brady (Cooley Kickhams) in the goals pulled off a few super saves.”

The match has a 7pm throw-in time, with Dublin’s Seamus (Shay) Farrelly officiating.