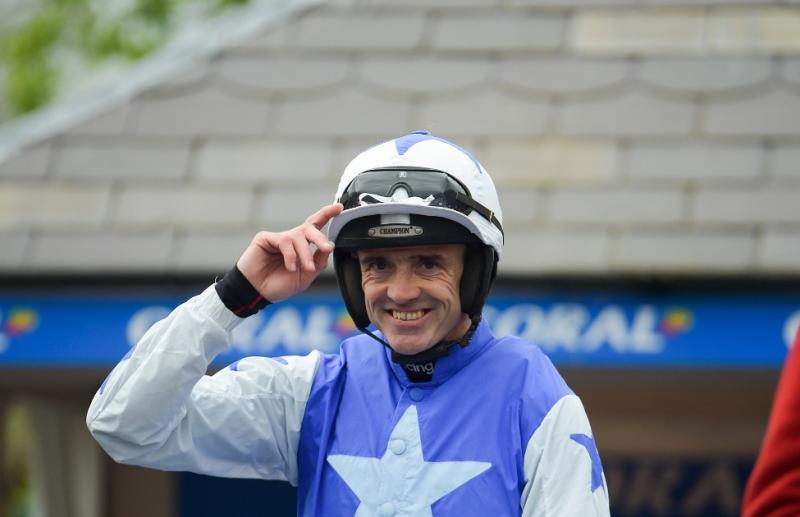 Ruby Walsh, one of this country’s finest-ever jockeys who announced his retirement last week, rode winners for hundreds of owners in a stellar career, and I’m among them. Well, not me alone. My name has never appeared on a racecard you’d buy at Leopardstown or The Curragh or even Tramore. Dundalk and Shelbourne and a few other dog tracks, yes, but not where the gallopers go.

Still, I could have been in the winners’ enclosure after Chew It Over, ridden by Ruby, came home in front in a two-and-a-quarter mile hurdle at Sligo, but wasn’t, because on that particular day a decade ago I was childminding and couldn’t make it to the West. He went off at 5/1; luckily enough I had a few quid on with Barry O’Brien.

Chew It Over, trained in Tipperary by Leslie Young, was owned by the Original Syndicate, of which I was a member. There was an entrance fee to the syndicate of about €400, and the training levy was something like €25 a week. Our colours were black with white spots.

CIO hadn’t a very auspicious start to his career, and, to tell the truth, the middle and end of it weren’t much good either. He whipped around at the start in his first race, a Maiden on the Flat at Sligo, and after having a few more unsuccessful attempts on the level was switched to hurdling.

No surprise that in the many articles that appeared in the ’papers, listing the great horses Walsh rode and the races he won, Chew It Over and Sligo’s Strandhill Maiden Hurdle weren’t mentioned. The first prize was around €5,000 and this untidy sum – which might be about as much as the lad or lass would get for leading up some of Walsh’s Cheltenham or Aintree winners – made up almost all of our lad’s €5,183 career winnings.

His next outing was at Clonmel, and, free of all domestic duties, I couldn’t get down there quick enough to see him run. There were 18 in the field and Davy Russell had the mount. Shaking hands with the jockey in the parade ring transpired as the day’s highlight. Chew It Over trailed in behind 13 of the others and was covered in mud.

Jockey Russell said he thought he had heard the horse gurgle during the race. I wanted to gargle after it, but the Chancellor, in the worst of form having driven so far, said what was now a chariot of ire wasn’t stopping on the way home.

Chew It Over had another unsuccessful seven races, bringing his number of starts to 22. But at least he found a winning bracket. Some of the others I’ve been involved with since didn’t even make it to the track.

Numbering some of the greatest National Hunt horses among his 2,756 winners – the likes of Kauto Star, Hurricane Fly, Denman and Master Minded - Ruby Walsh might not have any recollection of our modest one-time winner. But that day at Sligo might come back to him readily enough. He rode three other winners on the card, giving him what might, just might, have been his only four-timer.