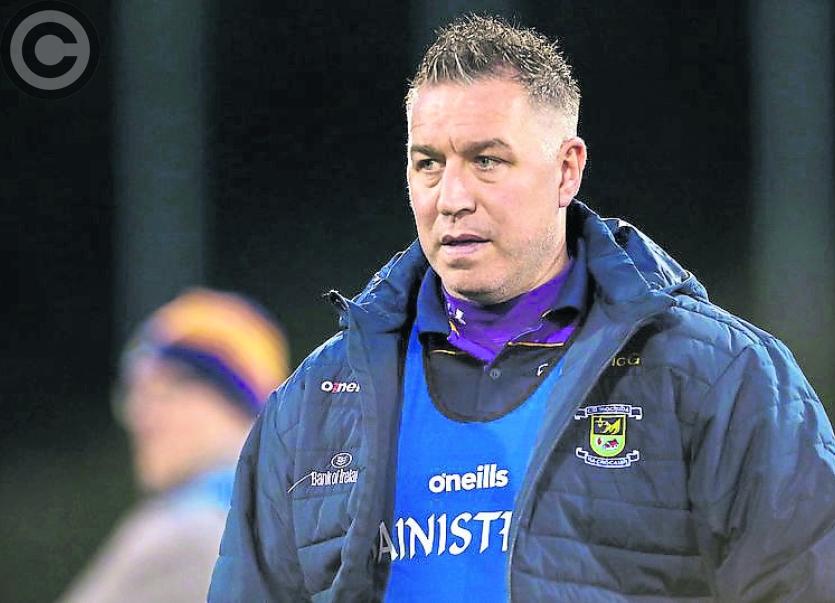 Former Dublin footballer Johnny Magee is back in charge of St. Kevin's.

Former Dublin midfielder Johnny Magee has returned to the helm of St. Kevin’s, replacing Colin Kelly, who departed recently after six months at the helm.

Magee led the Philipstown men to promotion from Division Three last year via the play-offs, having guided them to the intermediate championship quarter-finals, where St. Fechin’s saw them off in Dunleer.

Formerly in charge of Wicklow, Magee, like last year, will juggle his coaching commitments between his native club, Kilmacud Crokes, and the Kevin’s.

Having taken training last Wednesday night, the Dubliner was in charge as the men in red and black came up narrowly short in their league clash with Hunterstown Rovers on Friday night.